DC Design can be credited for re-skinning most of the popular cars sold in India; be it from the outside, or from the inside. But when it comes to motorcycles, the home grown design firm was yet to modify one, at least commercially. Not anymore, as DC Design has kicked off their two-wheeler modification business with none other than Royal Enfield. 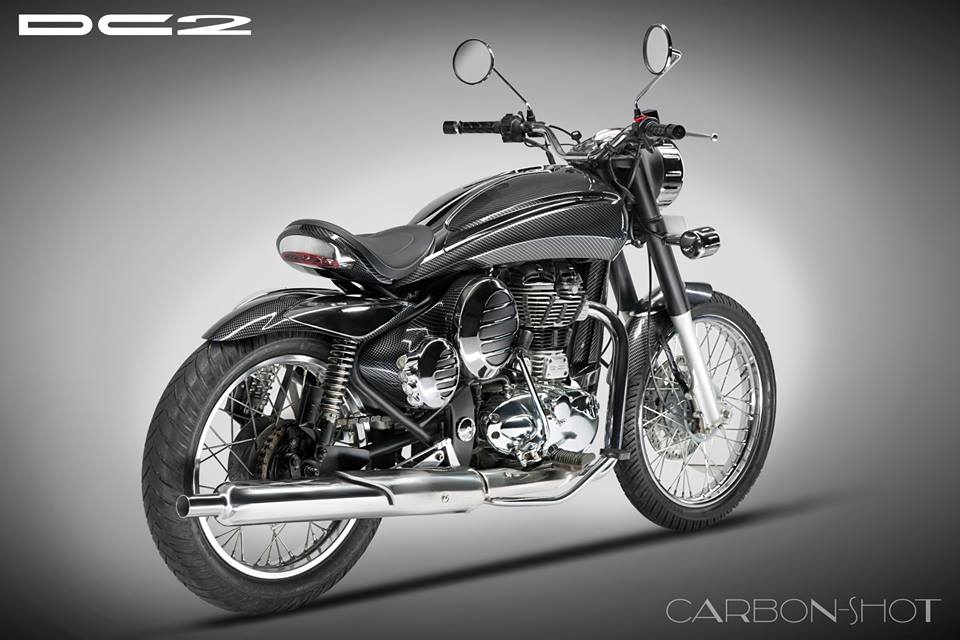 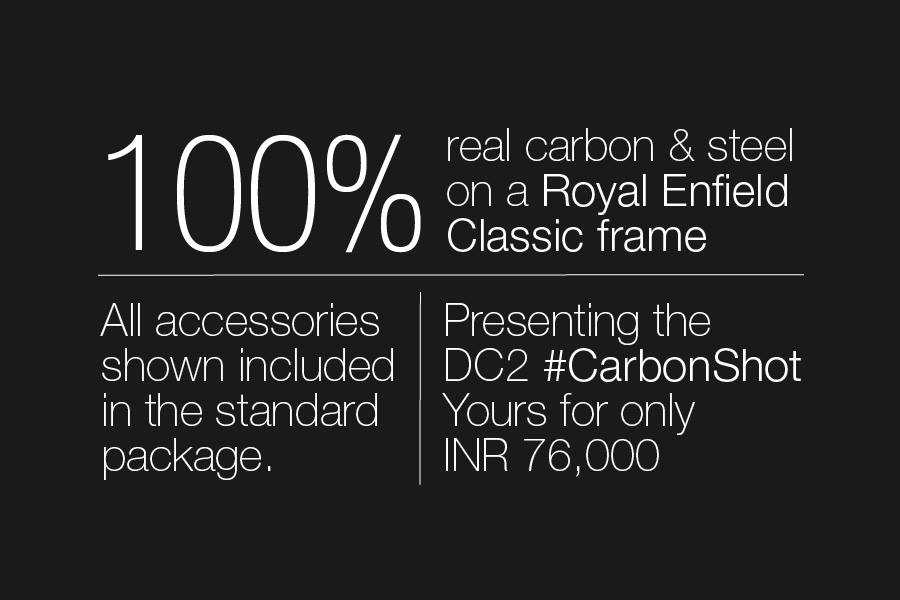 Also Read – Remember the DC Design Taarzan? Here’s what state it is in right now

DC Design insists that all the aforementioned parts are made out of genuine carbon fibre, and they boast of a bare, lacquered finish. The headlamp has been re-imagined as well, with retro styling infused with LED elements, while large, cylindrical turn indicators replace the stock ones. 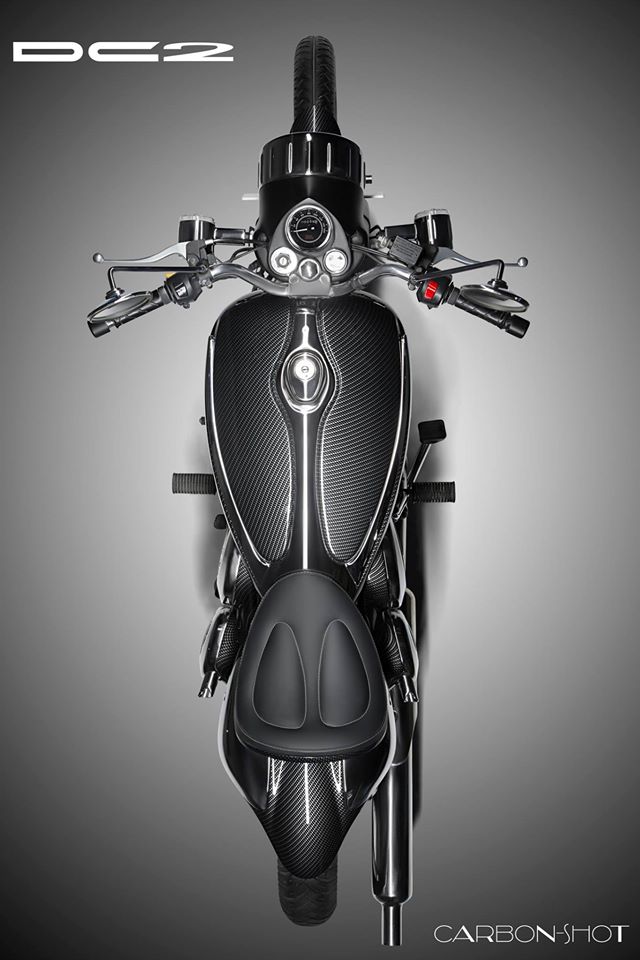 A saddle-shaped single seat with an integrated LED tail lamp replaces the stock seat. The suspension, frame, handlebars, wheels, tires, instrumentation, brakes and the engine have been left untouched. The DC Design Royal Enfield DC2 Carbon-Shot will cost INR 76,000 over the price of the donor motorcycle.