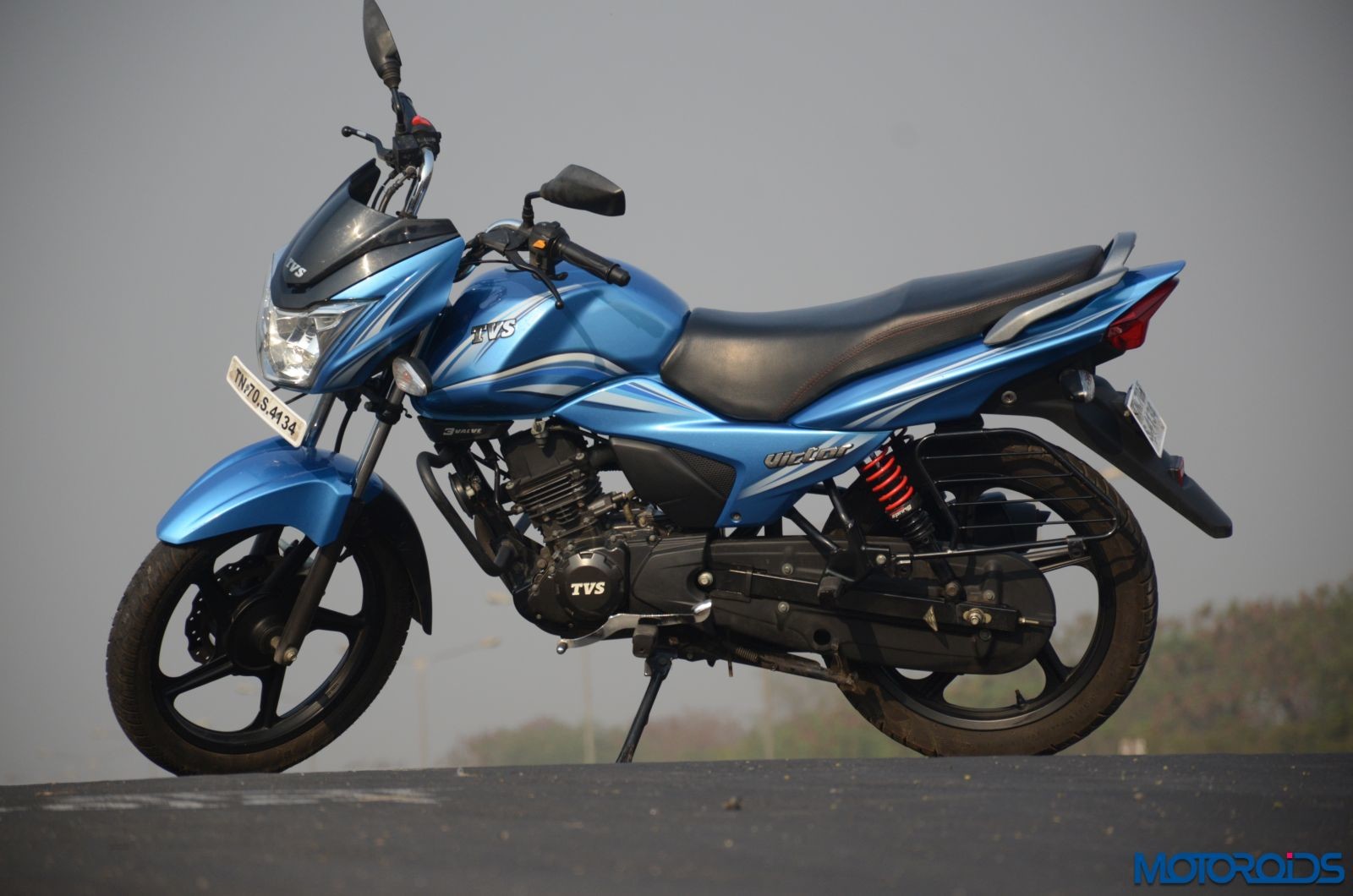 Our long term TVS Victor has been religiously doing its duty for the past few months since the last time I wrote about it in the induction report. While my colleagues shuffled between the bikes in our long term fleet, I indulged in the daily commute with the Victor and this luckily paid off sooner than I thought. Fuel economy has always been a strong ground for the Victor, and it helped me to a fair extent when demonetization arguably hit almost every citizen across the country. This was the time when everyone probably would’ve wanted the Victor to be their daily ride to work. 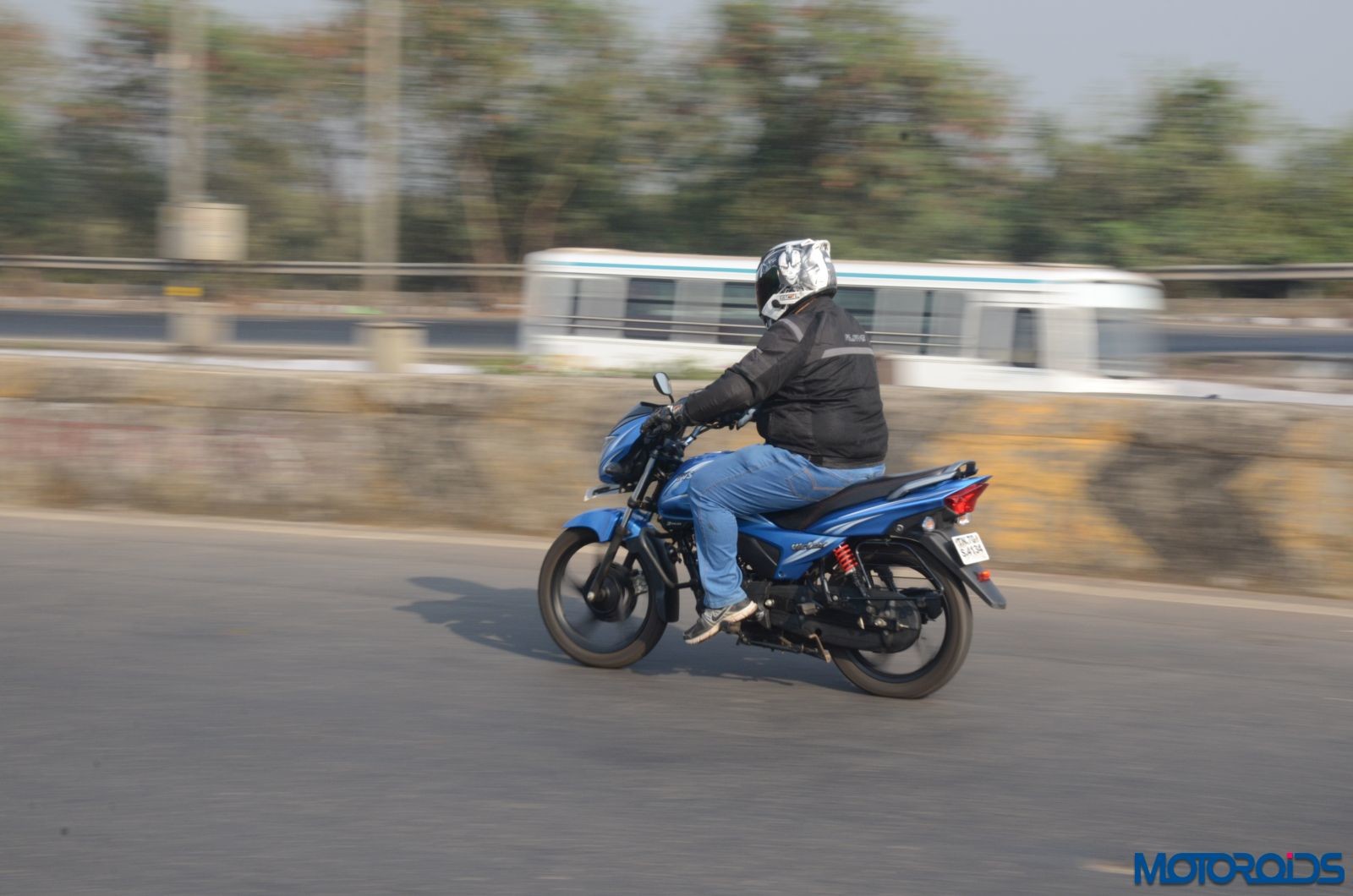 With a lighter throttle input, courtesy the cash crunch, I was able to extract a fuel economy of above 60 kmpl even after gaining a few pounds to my un-athletic physique. As the ill-effects of demonetization slowly started to wane, the Victor changed hands and the keys were now with another colleague, while I shifted to the Apache 200 for a few days. 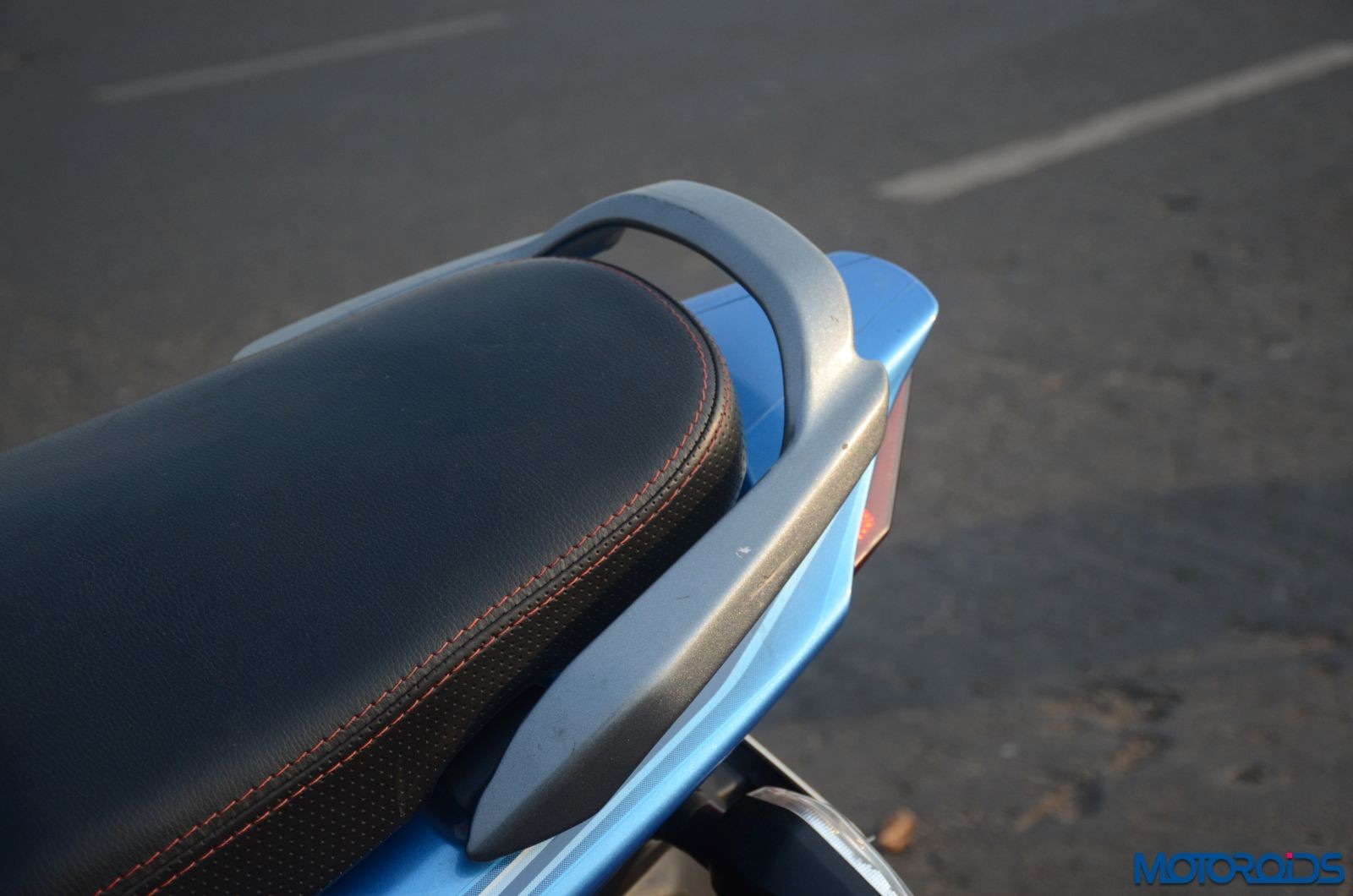 That wasn’t the end of my stint with the Victor though, for it has been my companion on a few trips to the neighbouring city of Pune, not faltering even once. The comfortable seat and up-right seating posture made it a pleasant ride, alleviating the chances of stress or discomfort in any part of the body, something that could be a problem on a few other motorcycles irrespective of the segment. 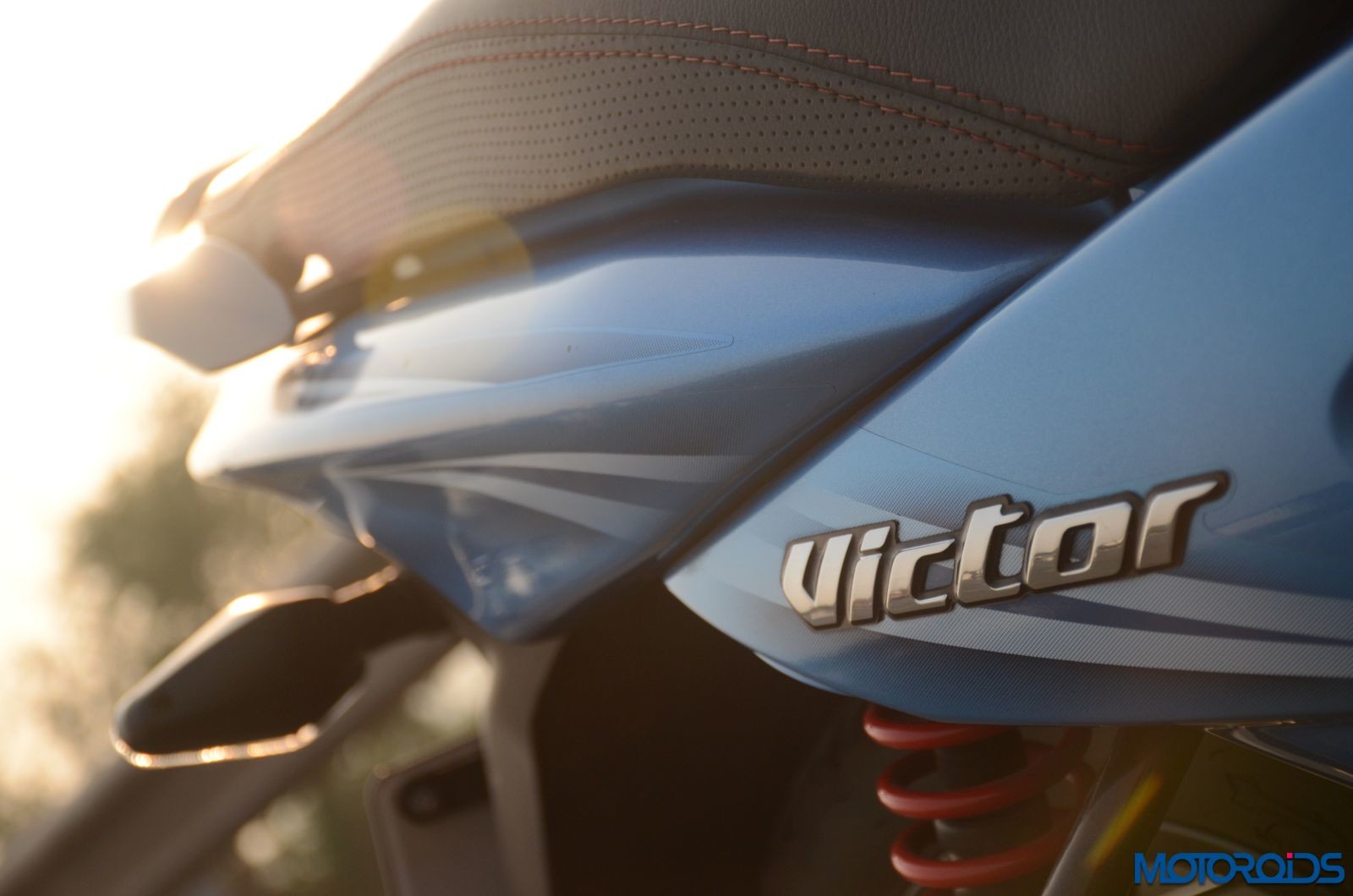 The long, comfortable seat needs a special mention here. Our colleague Abhijeet, who commutes 30 km one way to work, took the bike home during one of those days when the team works till wee hours. Accompanying him in the pillion seat was another of our team mates Ramesh. A very useful input by Abhijeet was that unlike other motorcycles in the segment, the bike allows to riders to travel without any discomfort even with their bags on. This says a lot about the finer details about practicality that TVS has kept in mind while designing the new Victor. 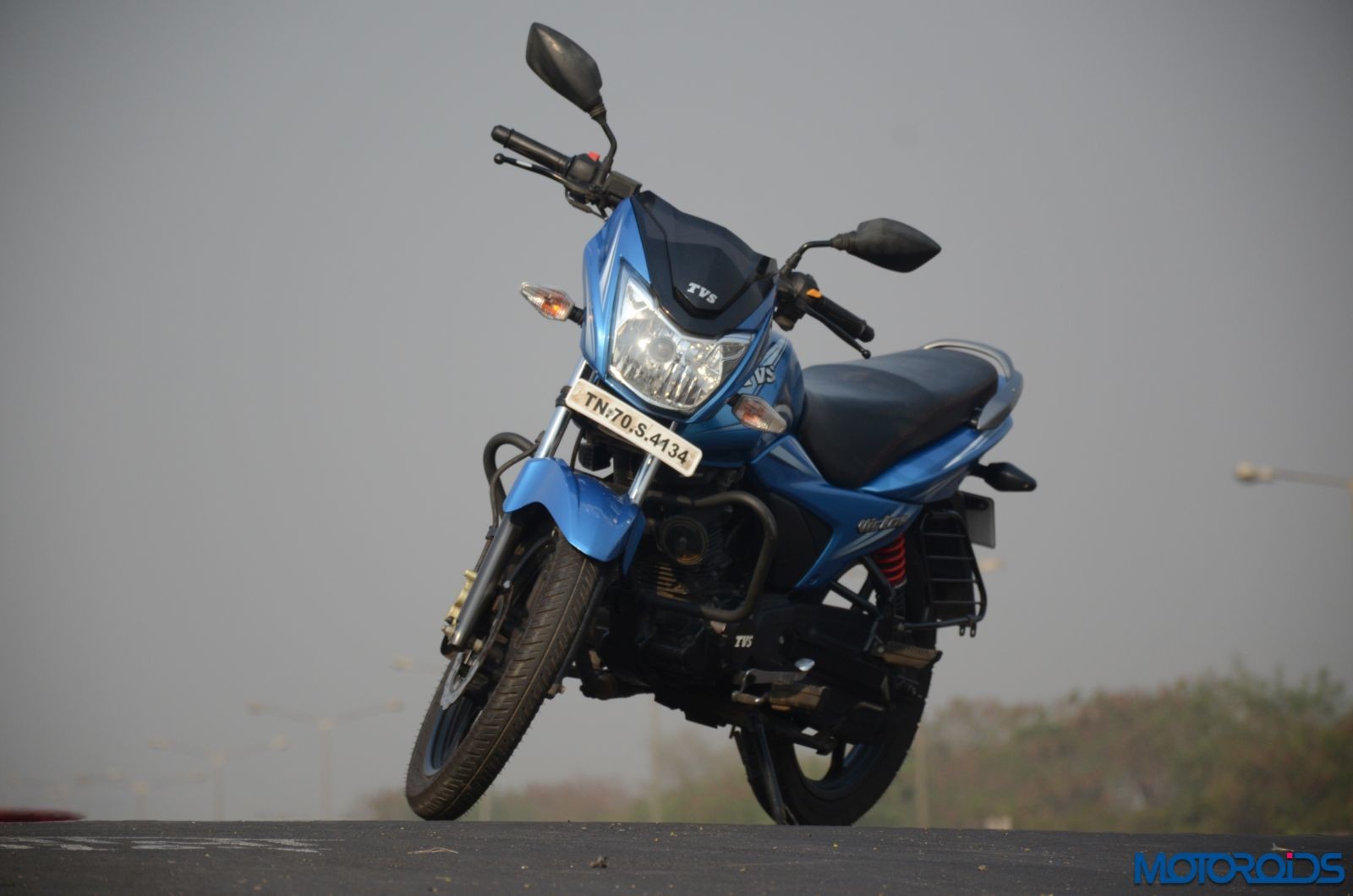 The headlamps on the bike are dazzlingly impressive for the segment, and along with the string braking and grippy TVS tyres on both sides, make night riding surprisingly reassuring for a bike from this segment. The Victor, in any case boasts solid dynamic ability for its class and feels planted even when it’s nudging the ton mark. The proportioned, well-styled looks and substantial dimensions make it shine among a sea of smaller looking commuters which invariably looks piddlier when parked next to the Victor. 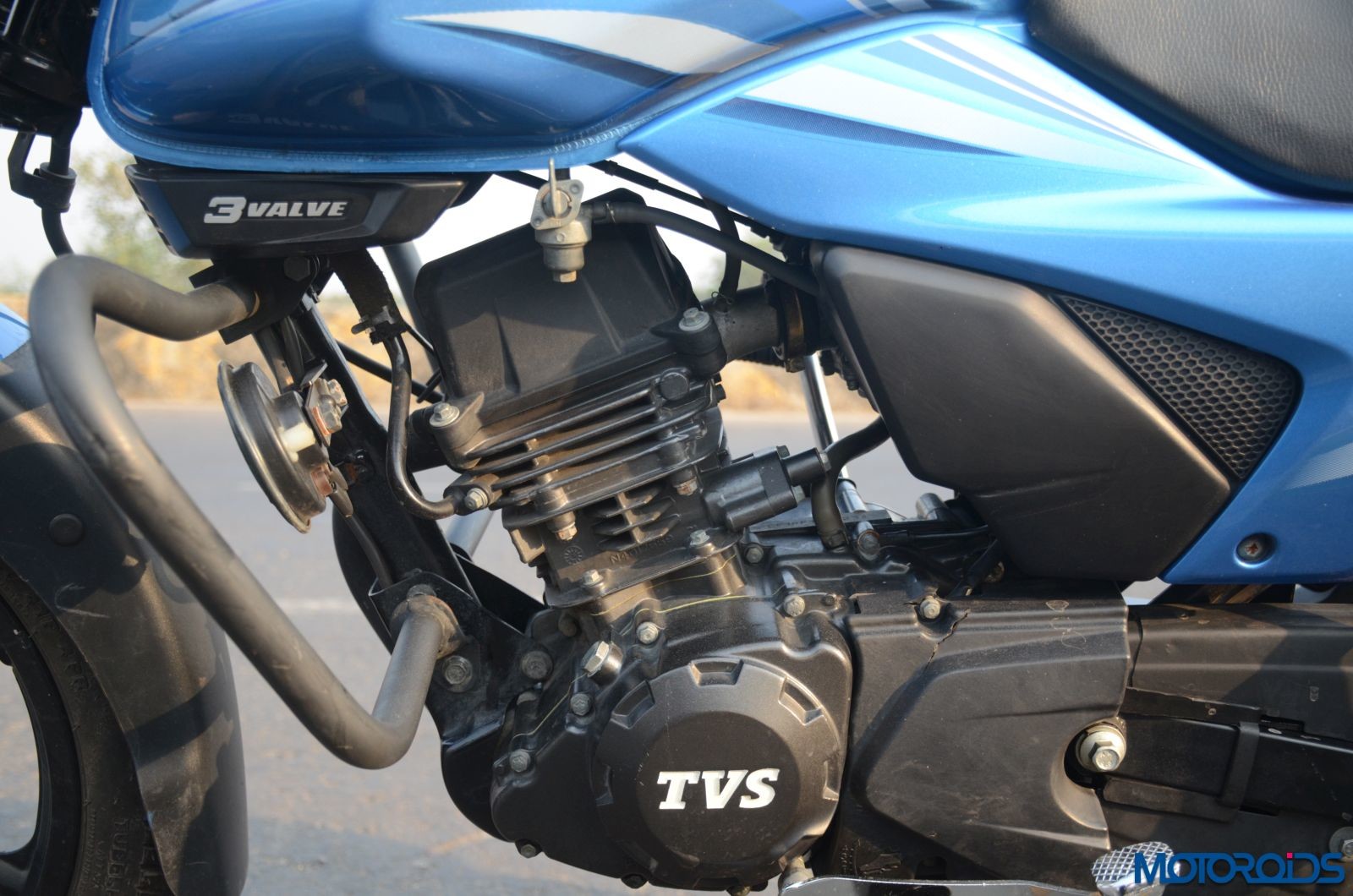 The engine is yet another place where the Victor takes the game a few notches ahead. I mean imagine taking a guy who is on the heavier side of the weighing scale to almost triple digit speeds and still releasing fewer vibrations than a motorcycle that is almost twice as powerful as itself. The Victor isn’t built for such purposes though, and hence I avoid these speeds save for a few rare occasions.

The Victor has been running trouble free through its near 6,500 km run with us. We have never faced any starting issues in the mornings or any splutter during the first idle. The machine has been running like clockwork. 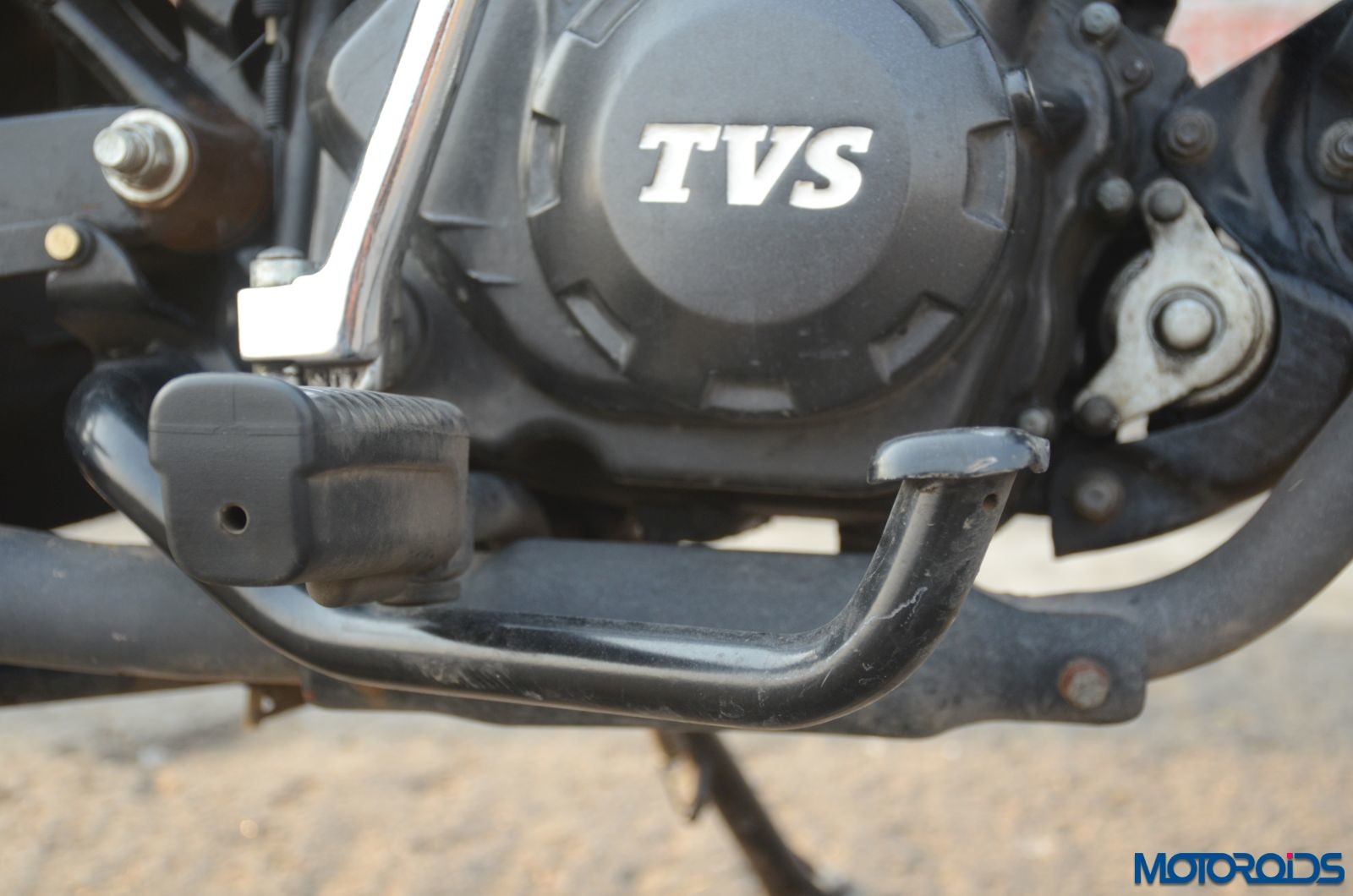 While we don’t have anything to complain about, eight months is a reasonable amount for time and we do have two very minor things to report. The choke cable on the motorcycle gave way due to rust, and took exactly five minutes to be repaired. Also, the rear brake pedal had developed a lot of play, requiring the rider to dial in more toe action than ideal. Again, the issue effectively was resolved during the service. 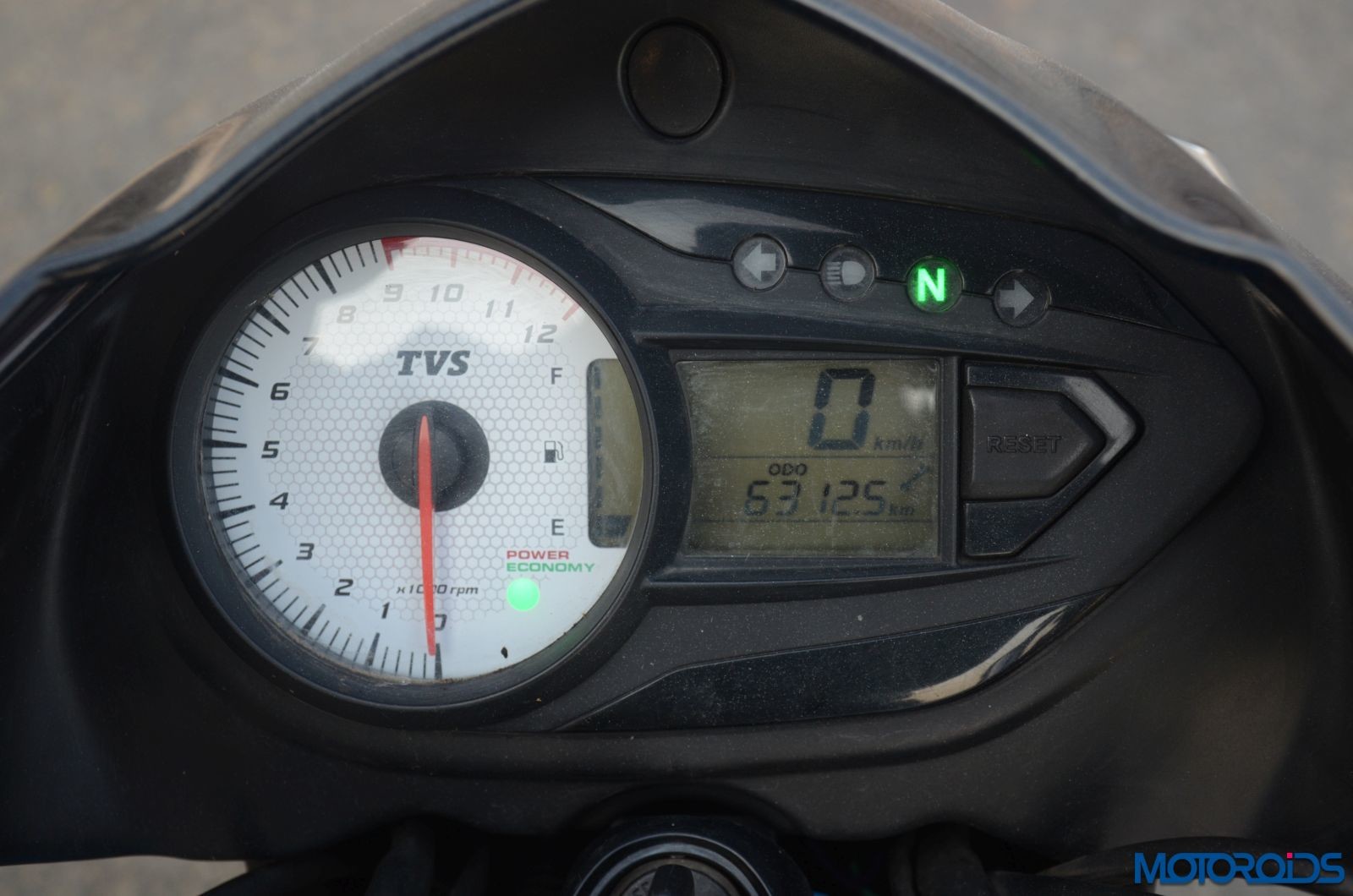 Talking of service, we had the motorcycle serviced for the second time recently, and the guys at the service centre did a fine job. The 110cc motorcycle did not have any problem per se, but with some cleaning up and oil change, the Victor feels fresh as new once again.

I’m known to be somewhat of a fussy guy when it comes to up-keep of the bikes but the Victor never gave me one chance to complain.

Following is an image gallery of the TVS Victor Second Long Term Report (click to expand):