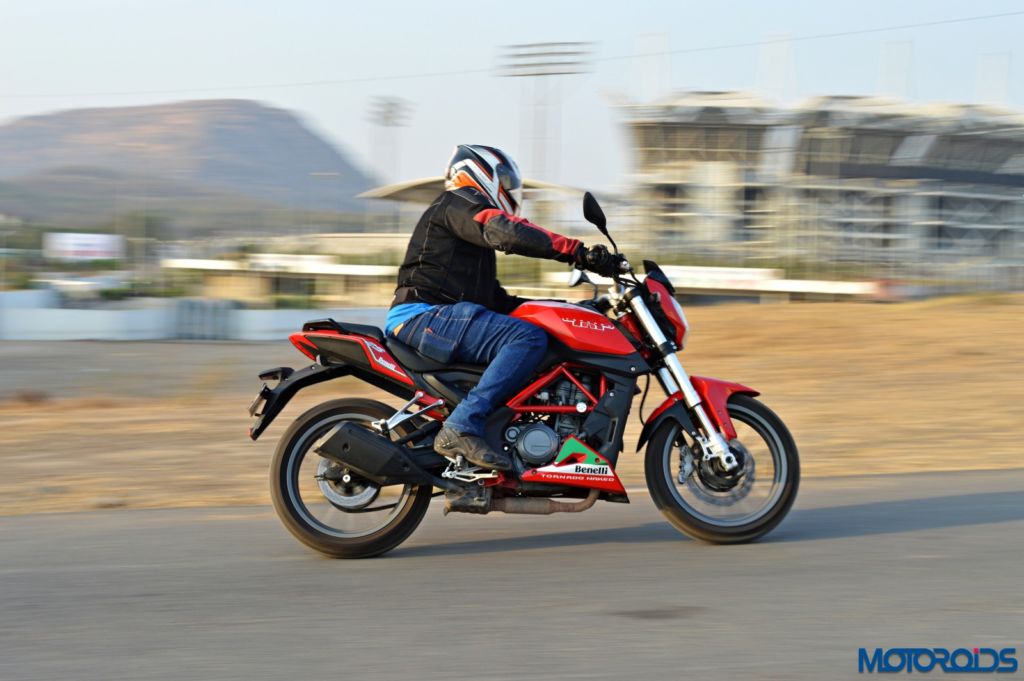 Sometime last month, after a ridiculously long week of summer, team Motoroids decided to have some laid-back time. We pulled out our compact barbeque and half a bottle of fine single malt as we gazed at the lit up city on a cloudless night. Thoughts, fuelled by the single-malt, ran faster than Shinkansen. What that night made me realise was that things need not be grand for a delightful experience and sometimes, the smaller things make huge difference in life.

Is the Benelli TNT 25 the small package in which good things come inside? A stepping stone for performance motorcycling enthusiasts, the TNT 25 is currently the smallest displacement Benelli motorcycle in India. The motorcycle has to maintain a perfect balance between performance and economy. 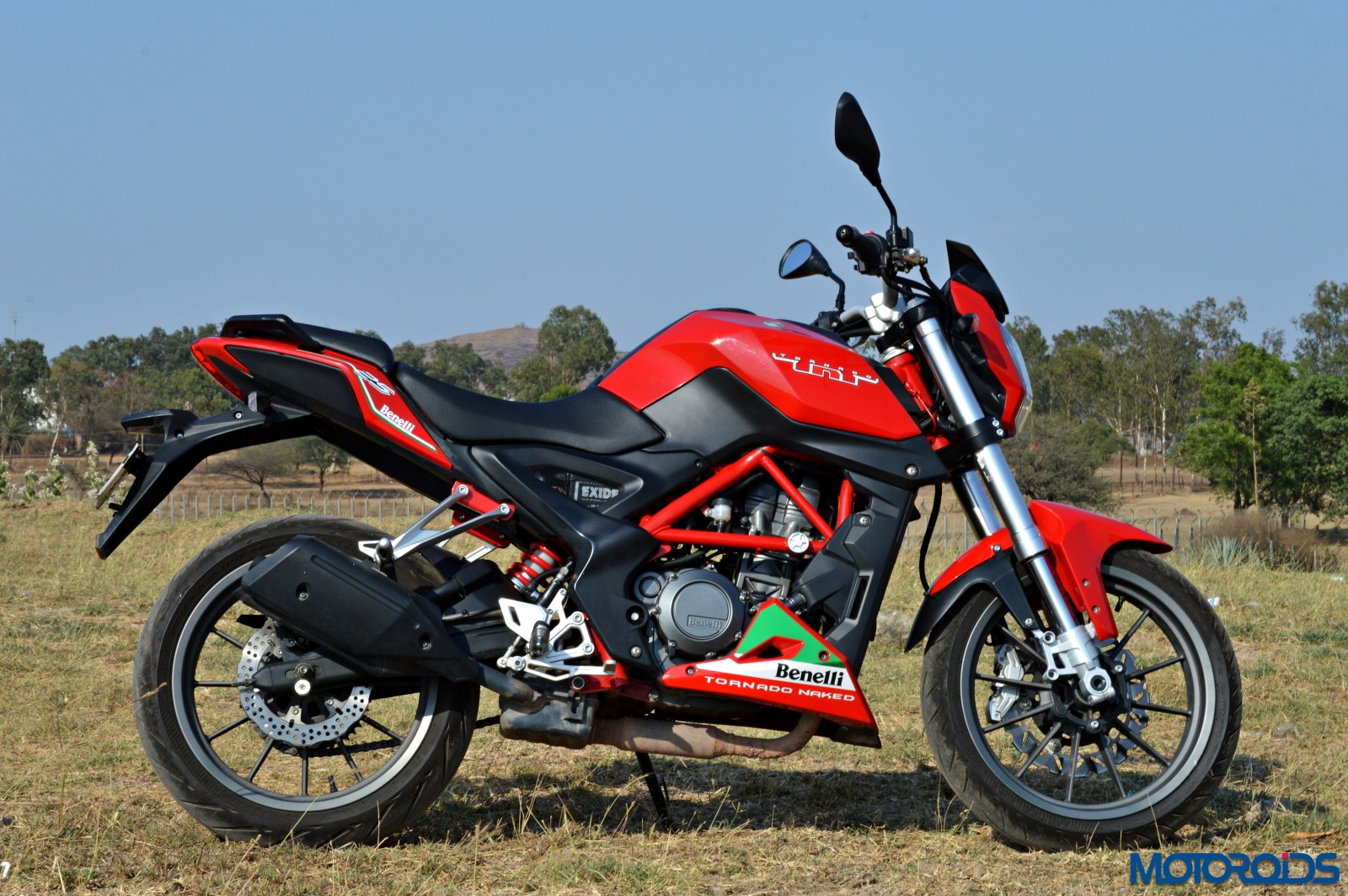 Benelli has been going ballistic with its product strategy in the Indian market with its partner, DSK Motowheels. The Italian brand has launched a motorcycle in almost every part of the premium segment and further plans to expand its line-up with more models that were displayed at the 2016 Auto Expo in Delhi. Until that happens, the Benelli TNT 25 is the most affordable motorcycle in the Indo-Italian duo’s product portfolio.

Somewhat similar to my long love affair, the KTM 200 Duke, the TNT 25 intrigued me to compare the performance of the two machines. So with some pre-conceived notions from the technical specifications, I pushed that starter switch, slotted in the first gear and set off on that bright red machine with hints of white and green in places to underline its Italian origins (though it’s manufactured in China now). Here is what I came back with. 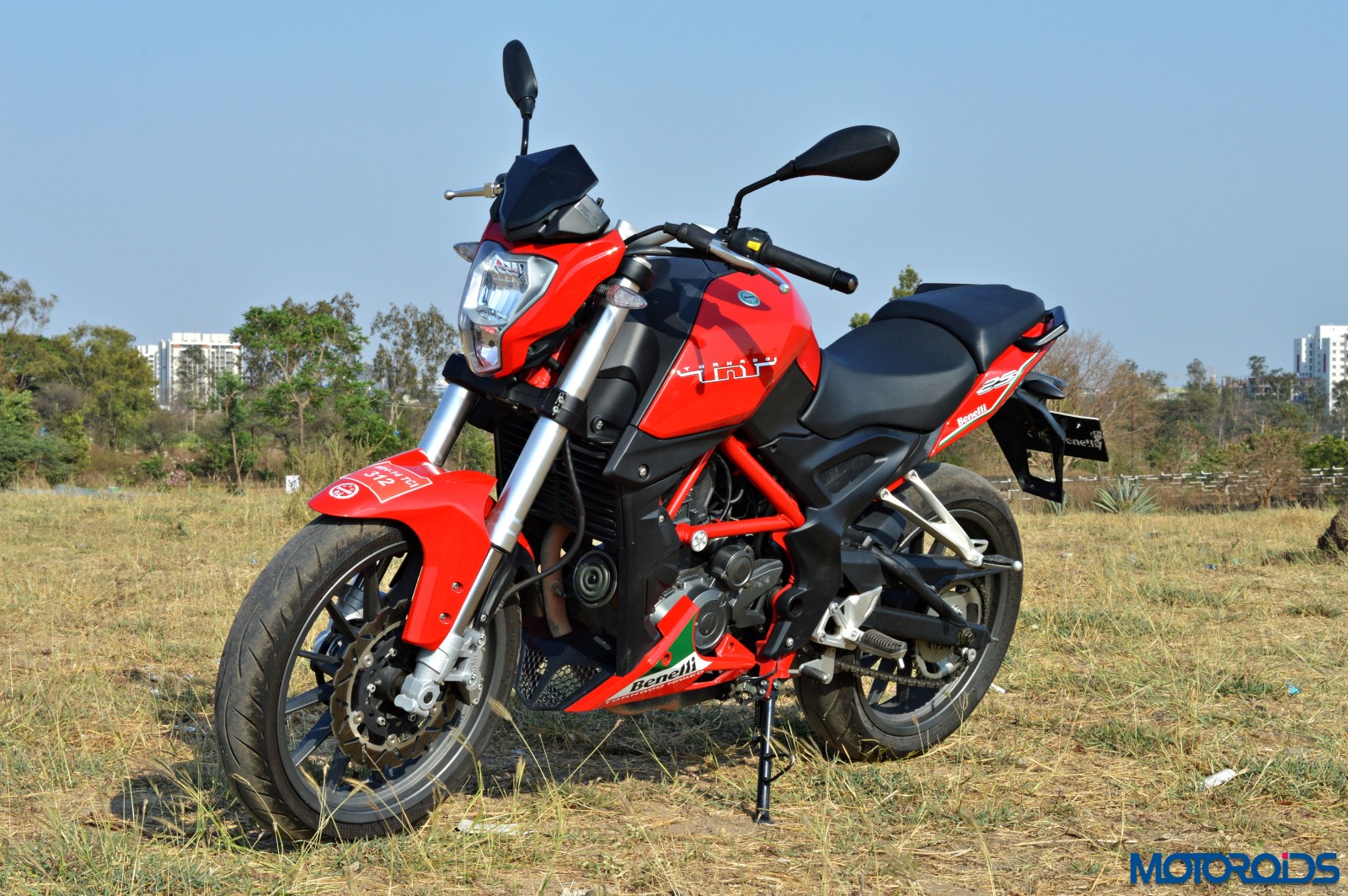 Most of us have had fantasies about those magnificently designed Italian motorcycles. We probably had more motorcycle magazines in our closet than those with scantily clad damsels, even in our teens, just for those Italian stallions snapped beautifully through the lens. The Benelli TNT 25 brought the dream of owning an Italian motorcycle to the masses with its price tag of Rs 1.68 lakh (ex-showroom Delhi).

It isn’t visually smashing enough, though. The TNT 25 is neither  too radical, nor too classical to catch attention in an instant. Looks, however, are subjective, and I am sure the TNT 25 would find admirers. 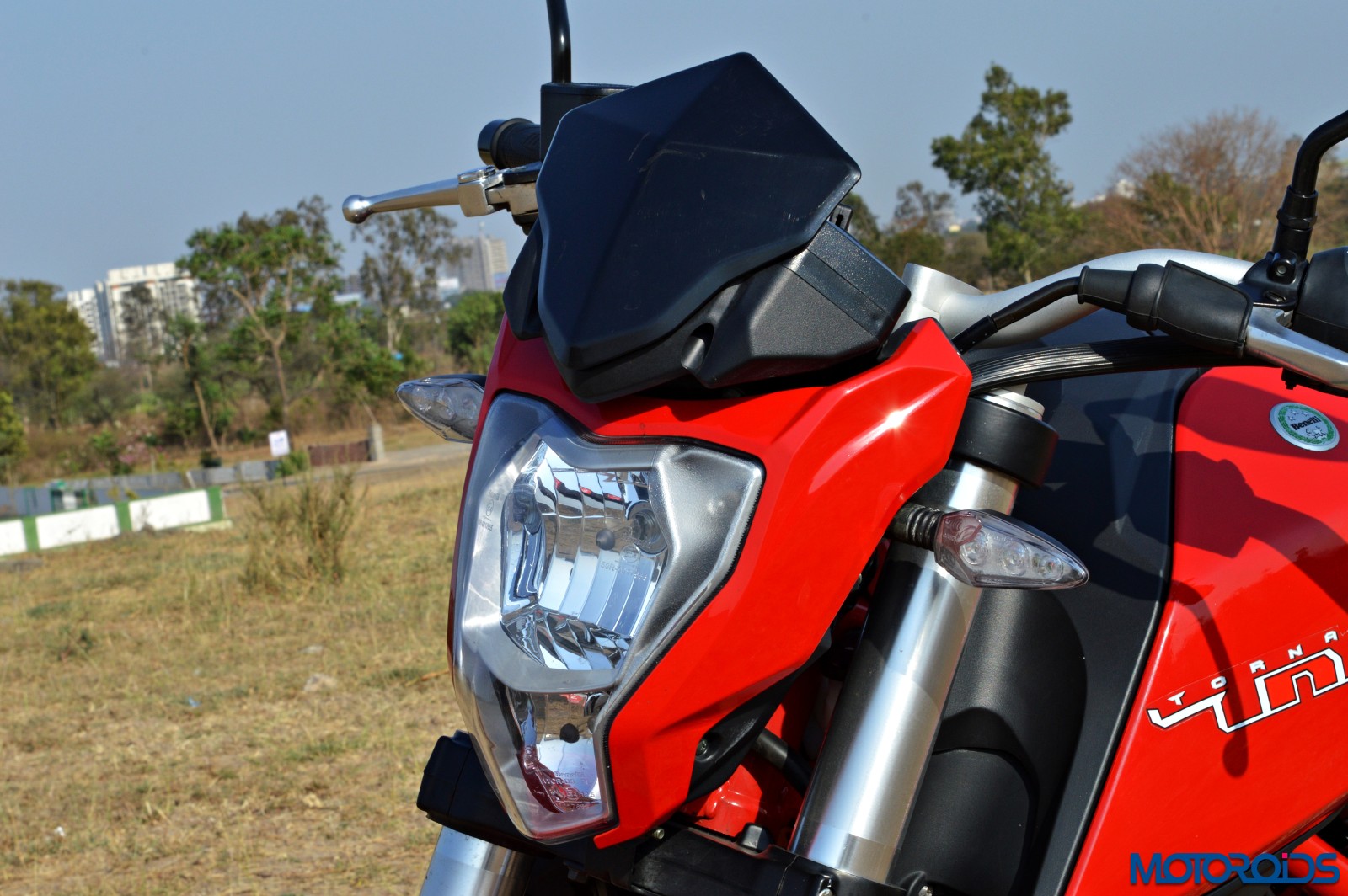 Our first impressions of the materials used and the overall fit and finish also were not very positive, and we wondered how well the motorcycle would age. You might want to go through the ownership review of this machine, which will shine some light on the subject. That angularly elongated headlight and chunky upside down telescopic suspensions give the TNT 25 an unmistakable fascia that resembles the TNT 300 and the TNT 600i. But it isn’t a complete doppelganger of the two. The chiselled fuel tank is a marriage of form and functionality and the design is perfect to lock in the knees while going hard on throttle through the twisties.

The contrasting black cladding, something seen on the bigger Benelli motorcycles such as TNT 899 and TNT 1130, is refreshing addition to this lower displacement offering. Unlike some modern, ultra compact motorcycles of today, the split seat setup on the TNT 25 is sufficient to accommodate a rider and a pillion without much fuss. The compact, LED tail light is a nifty addition to the mix. 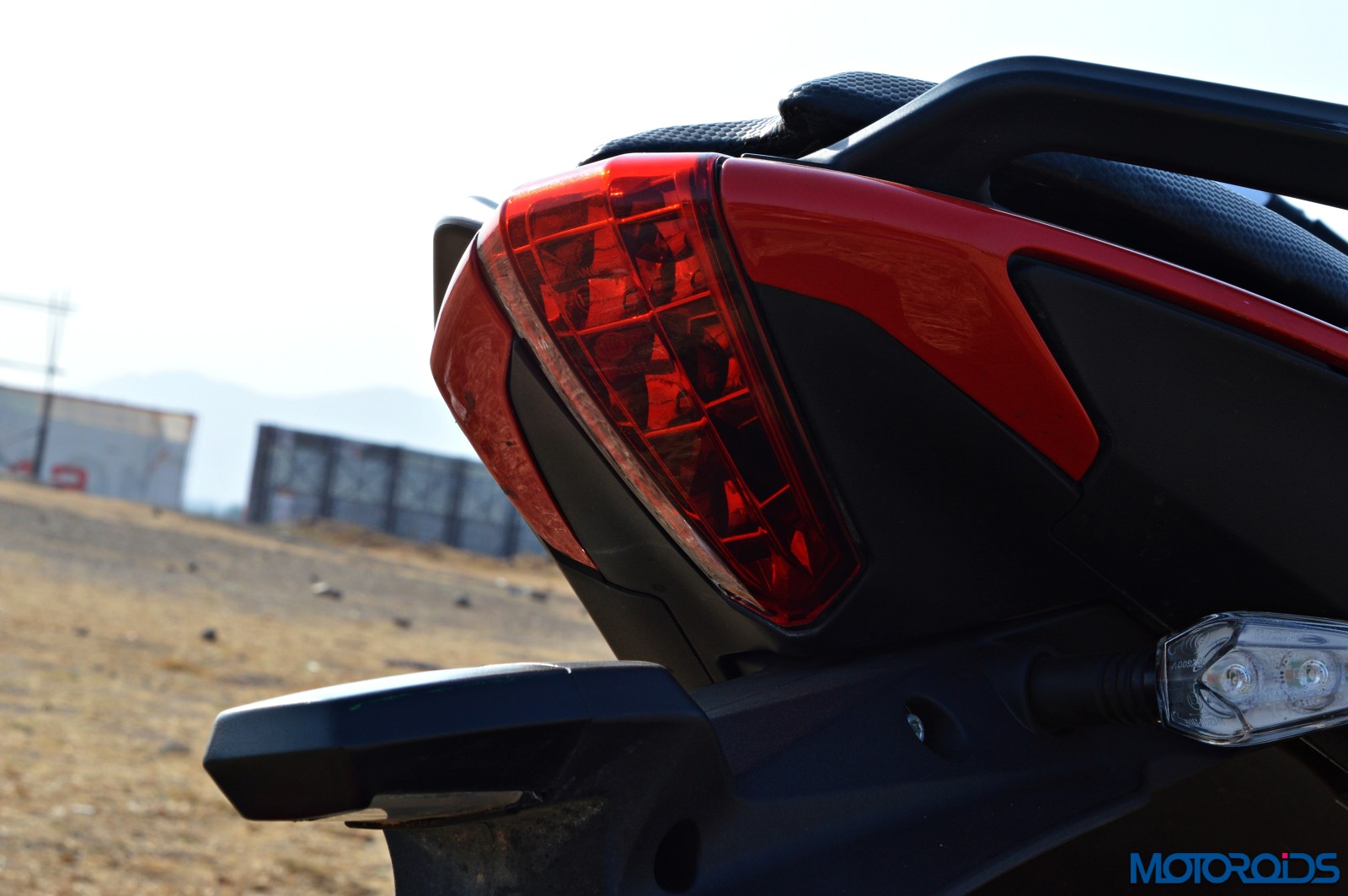 Individual parts are appealing but the complete mix just does not make the cut. The exhaust too could have had a better design. Probably a short unit like the TNT 300 would have been a great addition. The contrasting bodywork, with integration of black in the body panels does work visually, but some of the black plastic bits had already started showing traces of losing the colour depth.

While the overall design looks decent enough, the finishing could have been better in certain places – especially the plastic parts.

The headlight resembles the TNT 300 and the TNT 600i. The unit, however, does not help on ill-illuminated roads 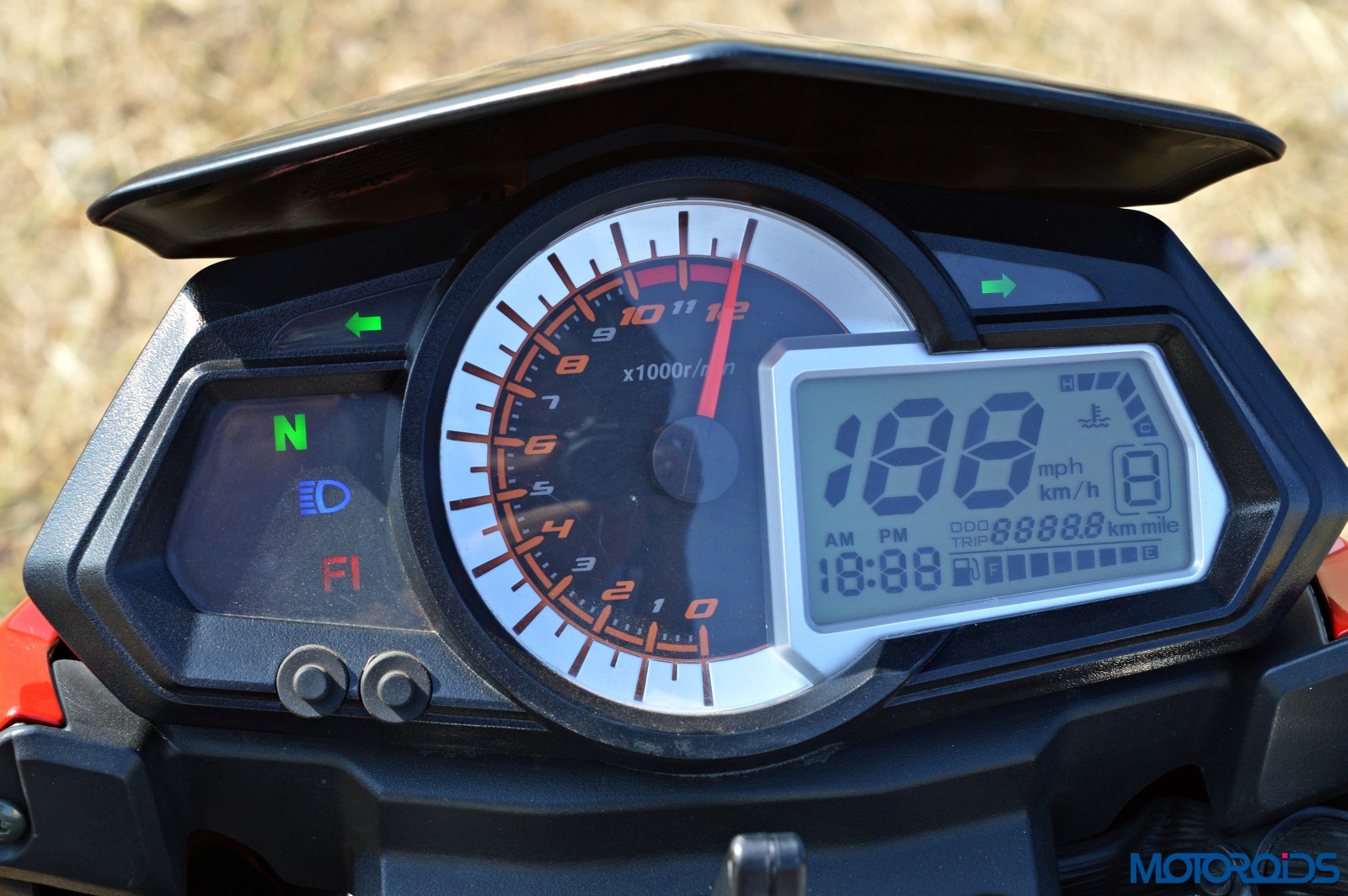 Analogue-cum-digital instrument panel offers useful data, but is not the most information rich unit that we have seen. The select and set buttons could have been better positioned 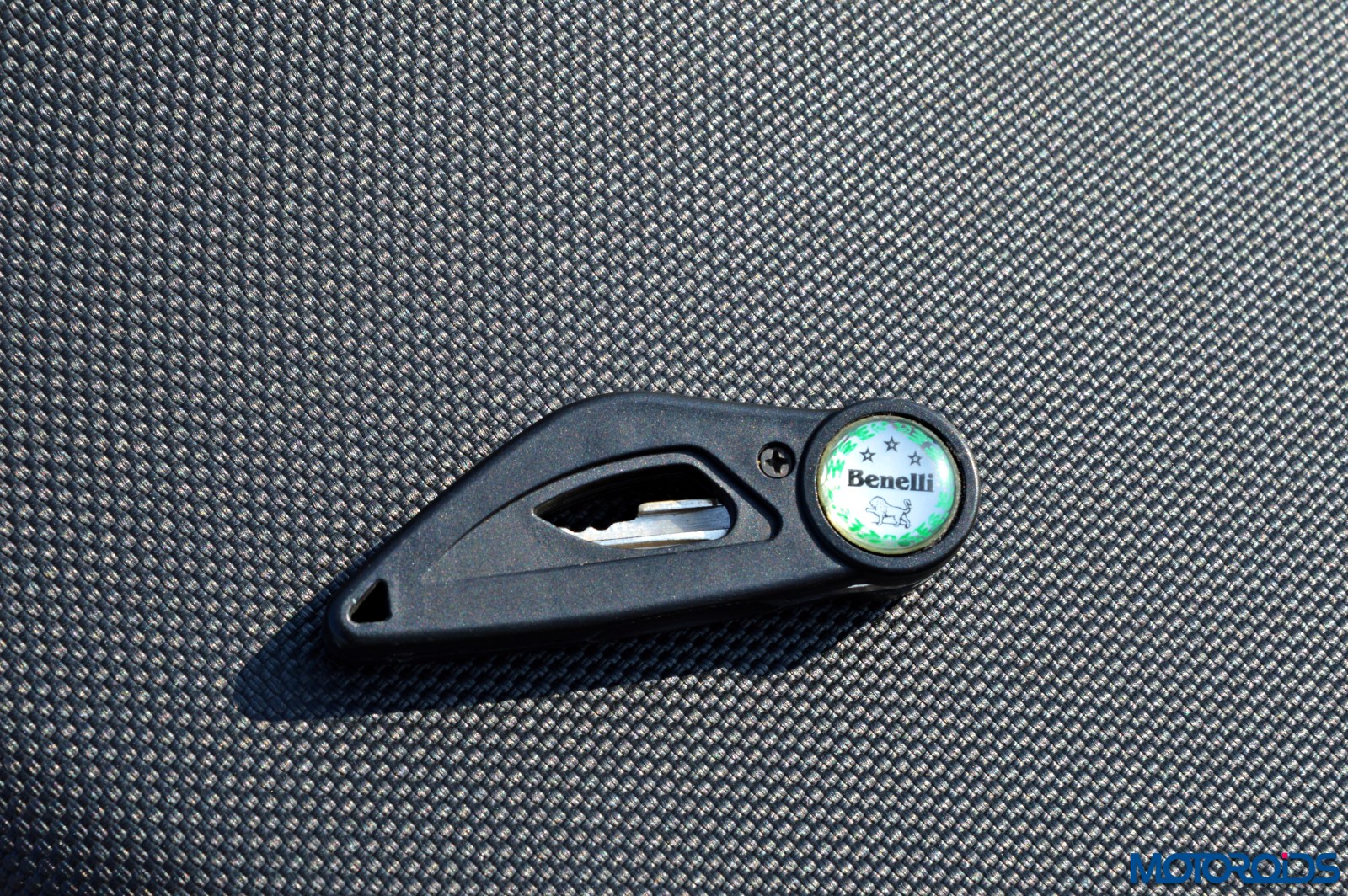 Like the bigger Benellis, the TNT 25 too gets that fancy key 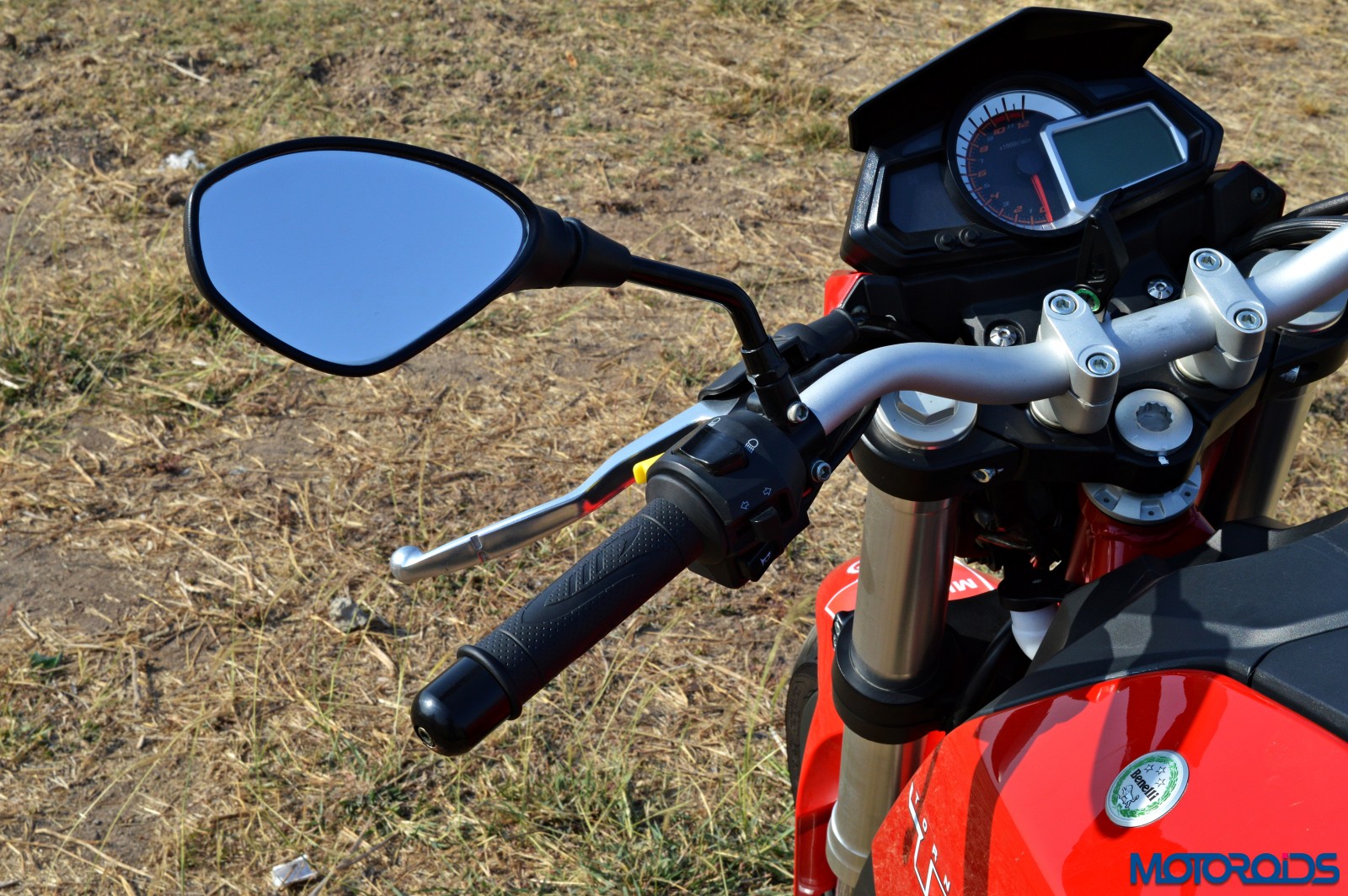 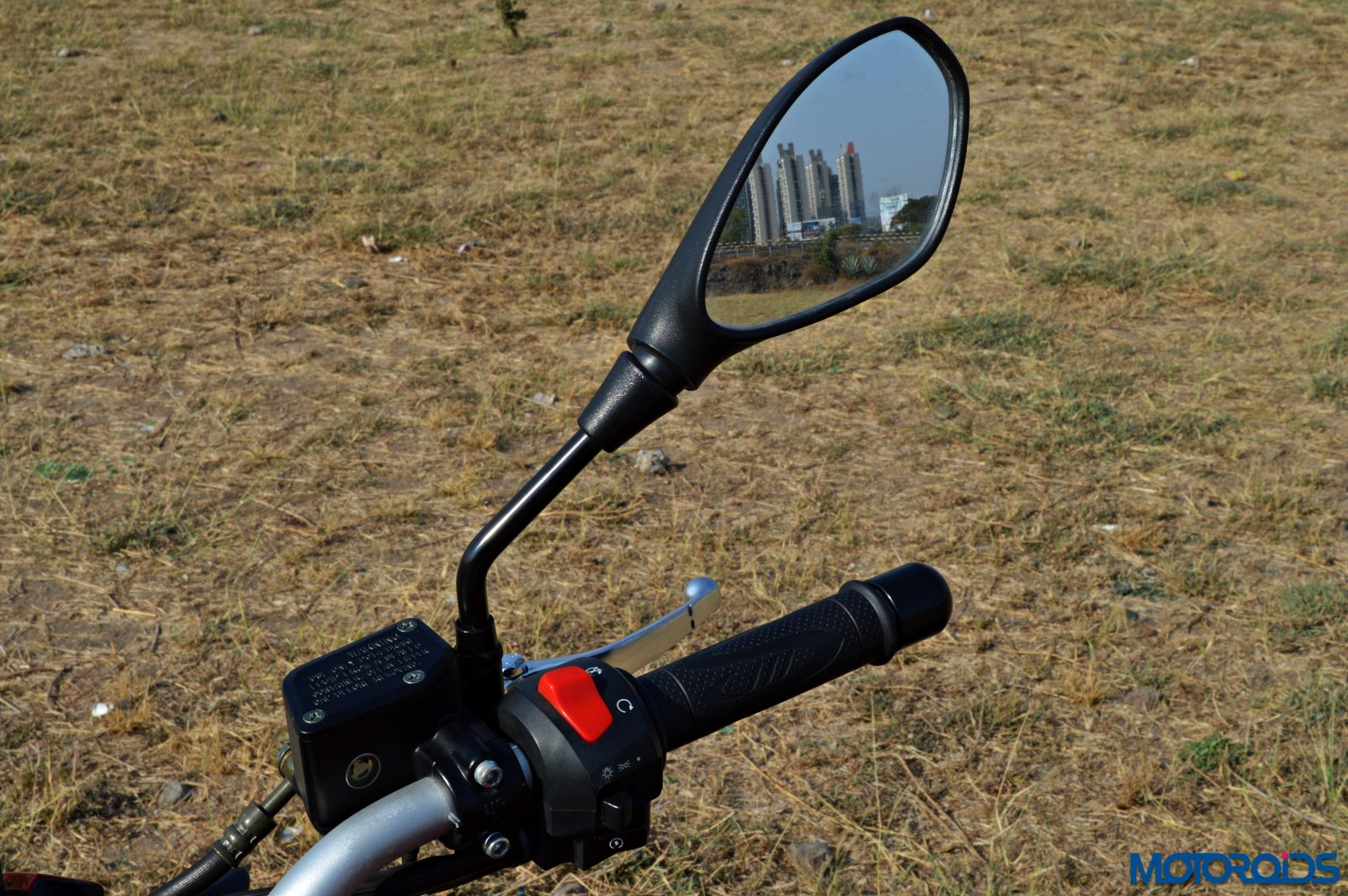 The switchgear is pretty decent but that yellow pass light switch looks completely out of sync. The vibrations make the rear-view mirrors almost unusable, especially at high revs. On the upside, the TNT 25 gets adjustable front brake lever 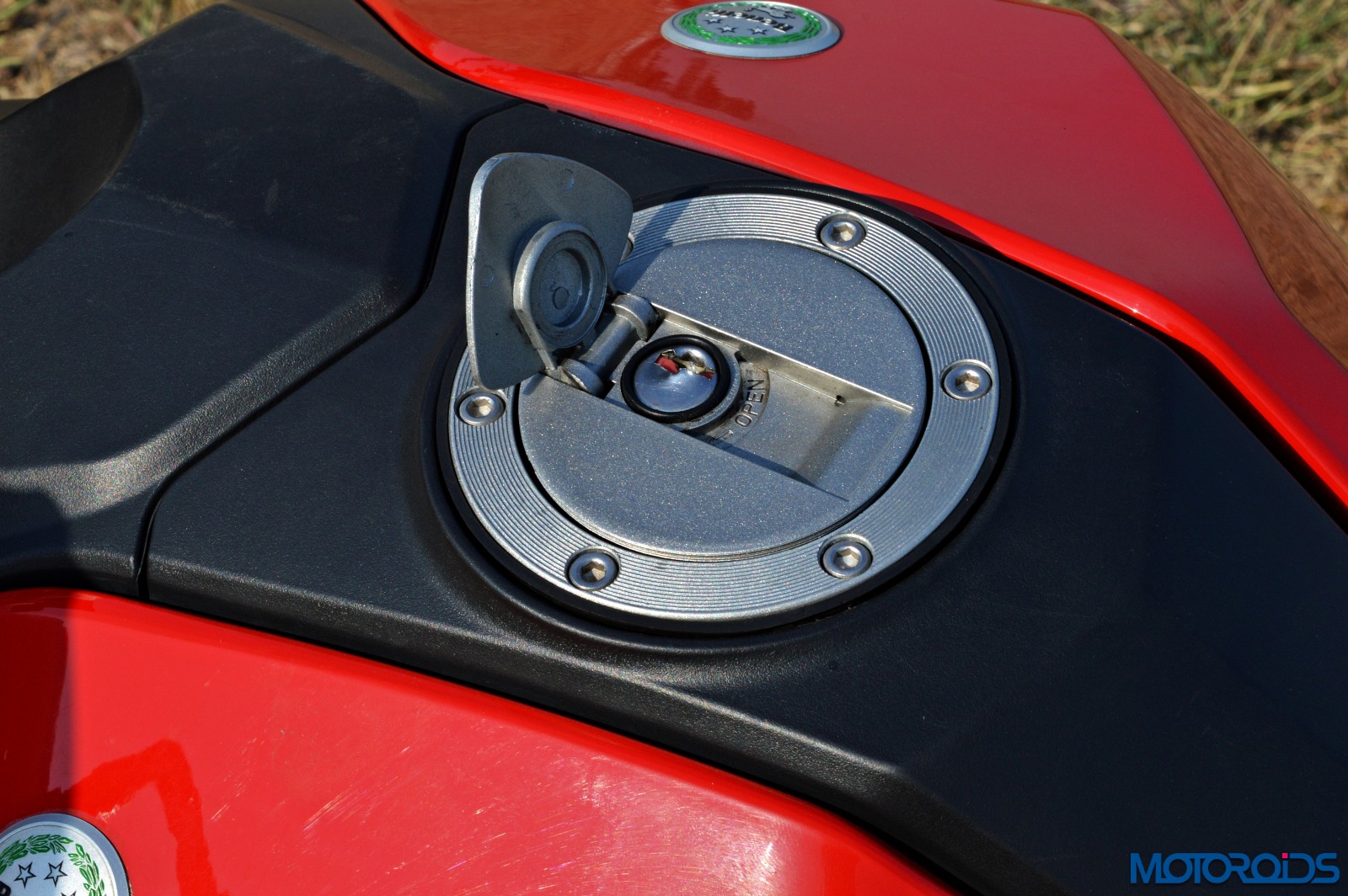 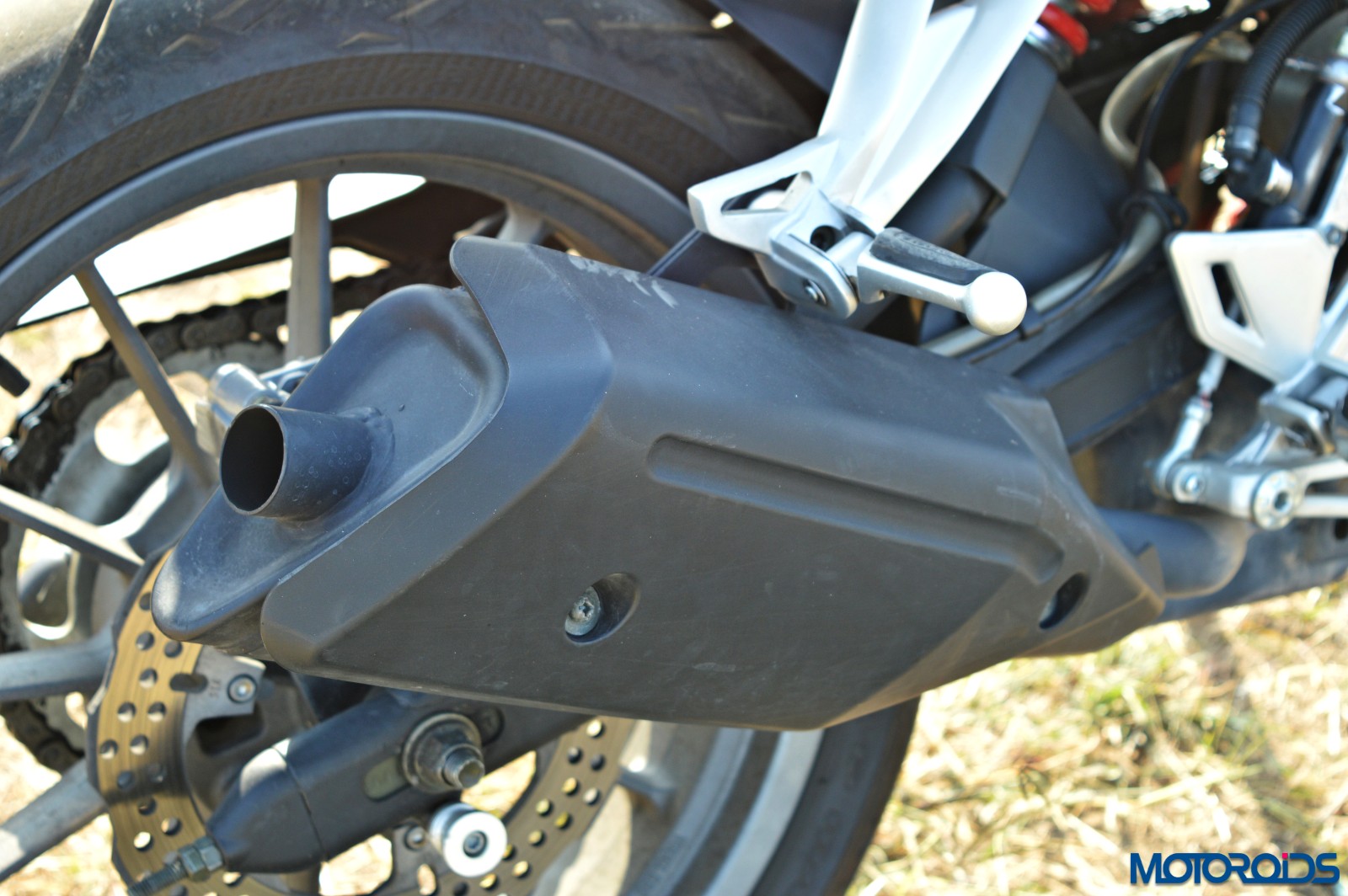 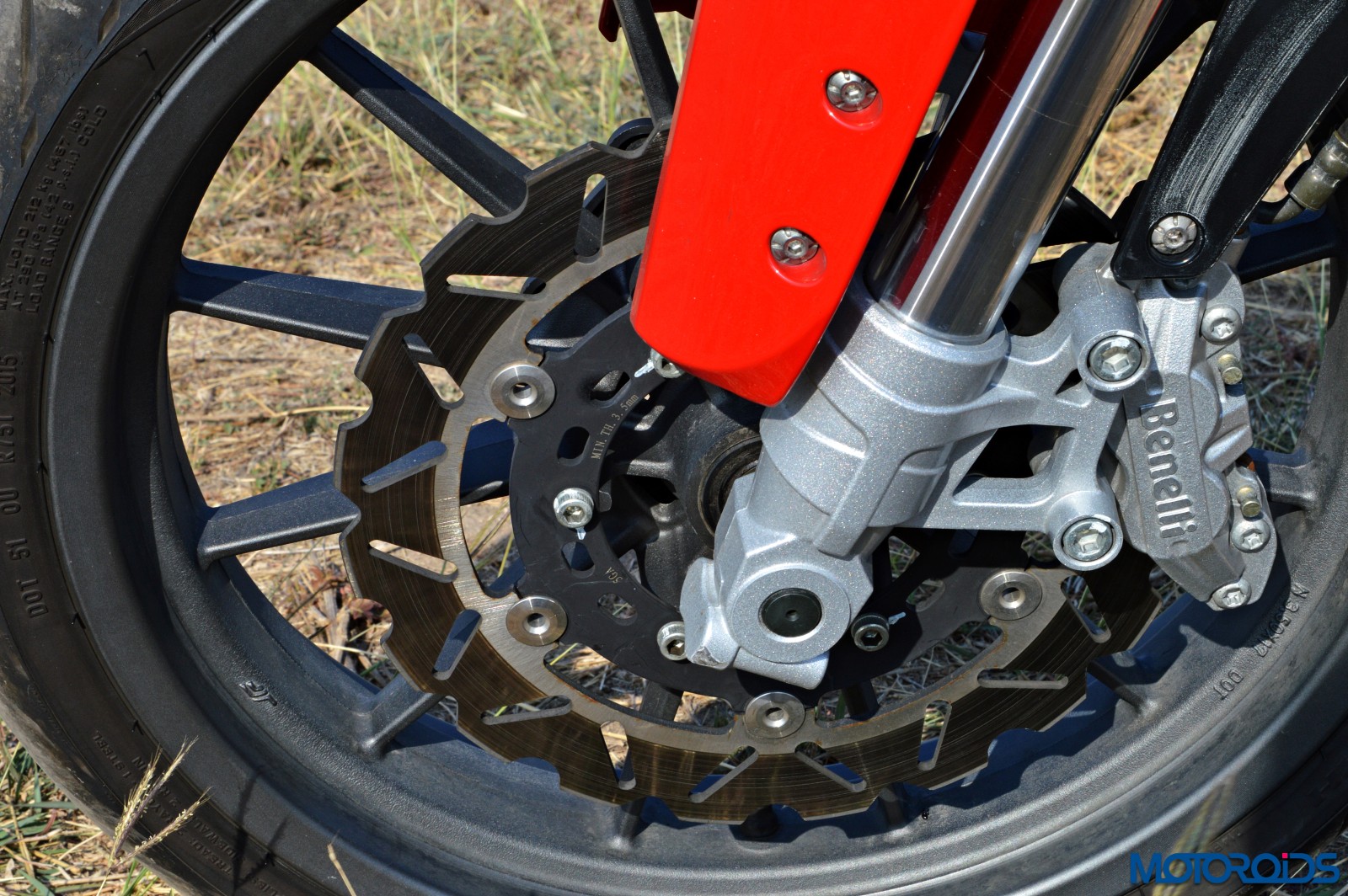 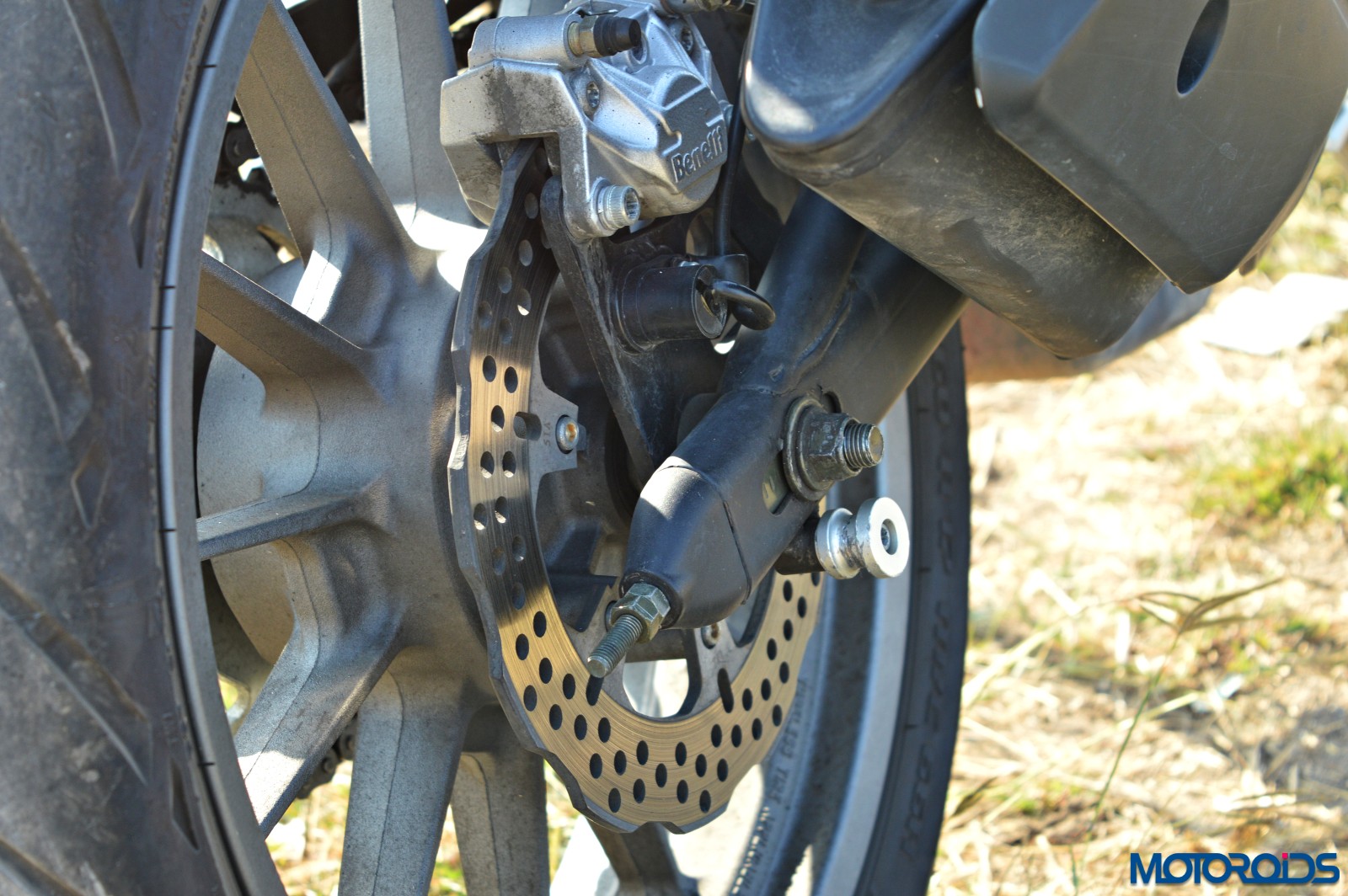 And those brakes need some serious overhaul. Addition of ABS would come handy too 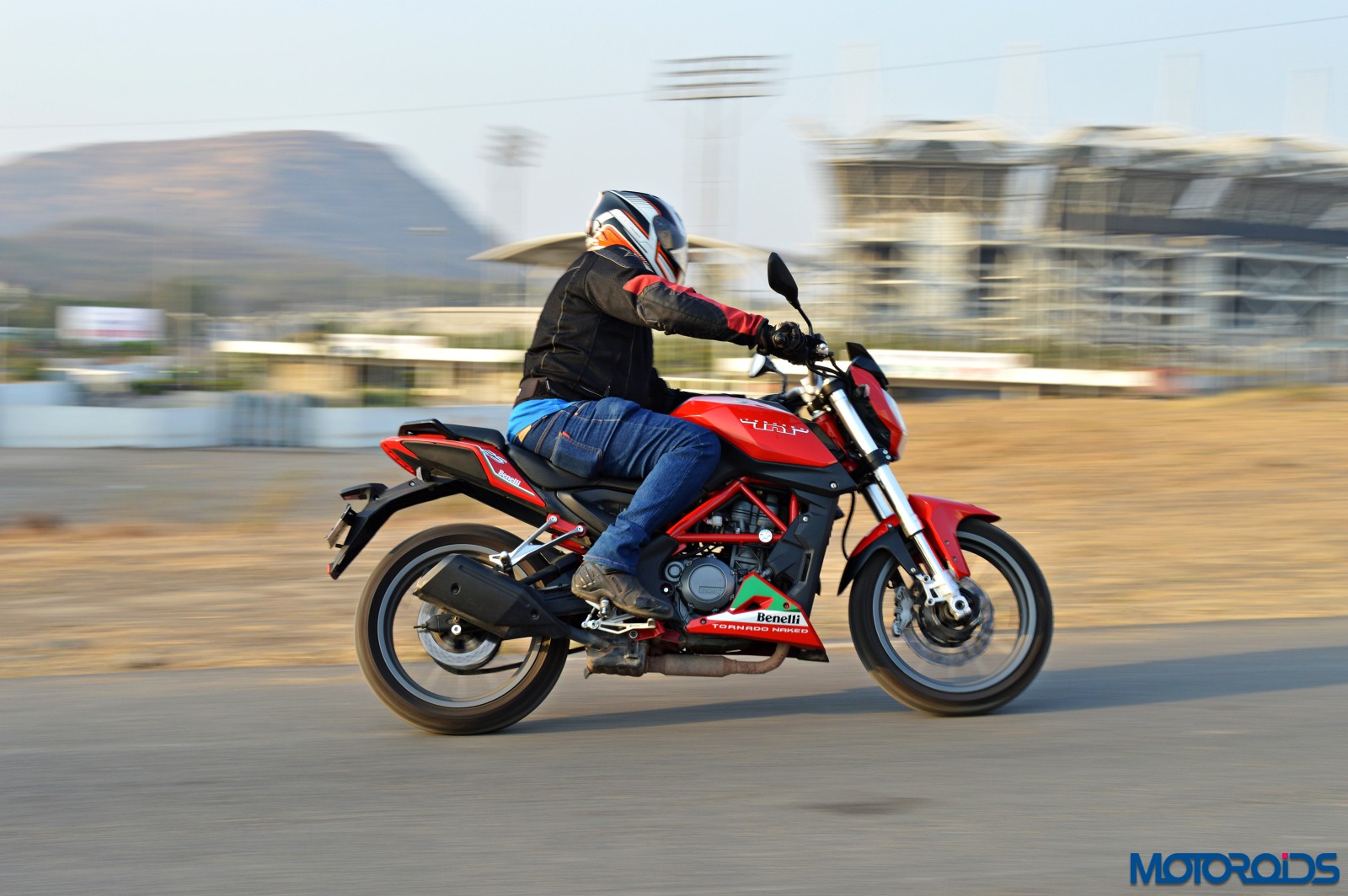 The 249cc single cylinder liquid cooled motor delivers a healthy 28.16 bhp of power at 9800 rpm and 21.61 Nm of torque at 8000 rpm. How does that power translate in real world conditions? The power band is spread across the mid- and high-rev range. You really would not want to stay below the 2,500-3,000 rpm as the motorcycle really feels dull and relatively uncomfortable staying below that mark. While you can cruise within city speed limits between 4,000-5,000 rpm on the top gear, the real sweet spot sits in the final 3,000 revs, between 7,000 and 10,000 on the tachometer. The initial shove from the motor is rather disappointing and it feels rather slow off the block for a 250cc machine.

There, however, is a problem. Revving the TNT 25 hard is not a great feeling as the engine lacks refinement. The vibrations kick in from the go and the quiver from footrests and handlebar spoil most of the ride experience. The TNT 25 does come equipped with bar-end weights and rubber coated footrests but they do not help much. 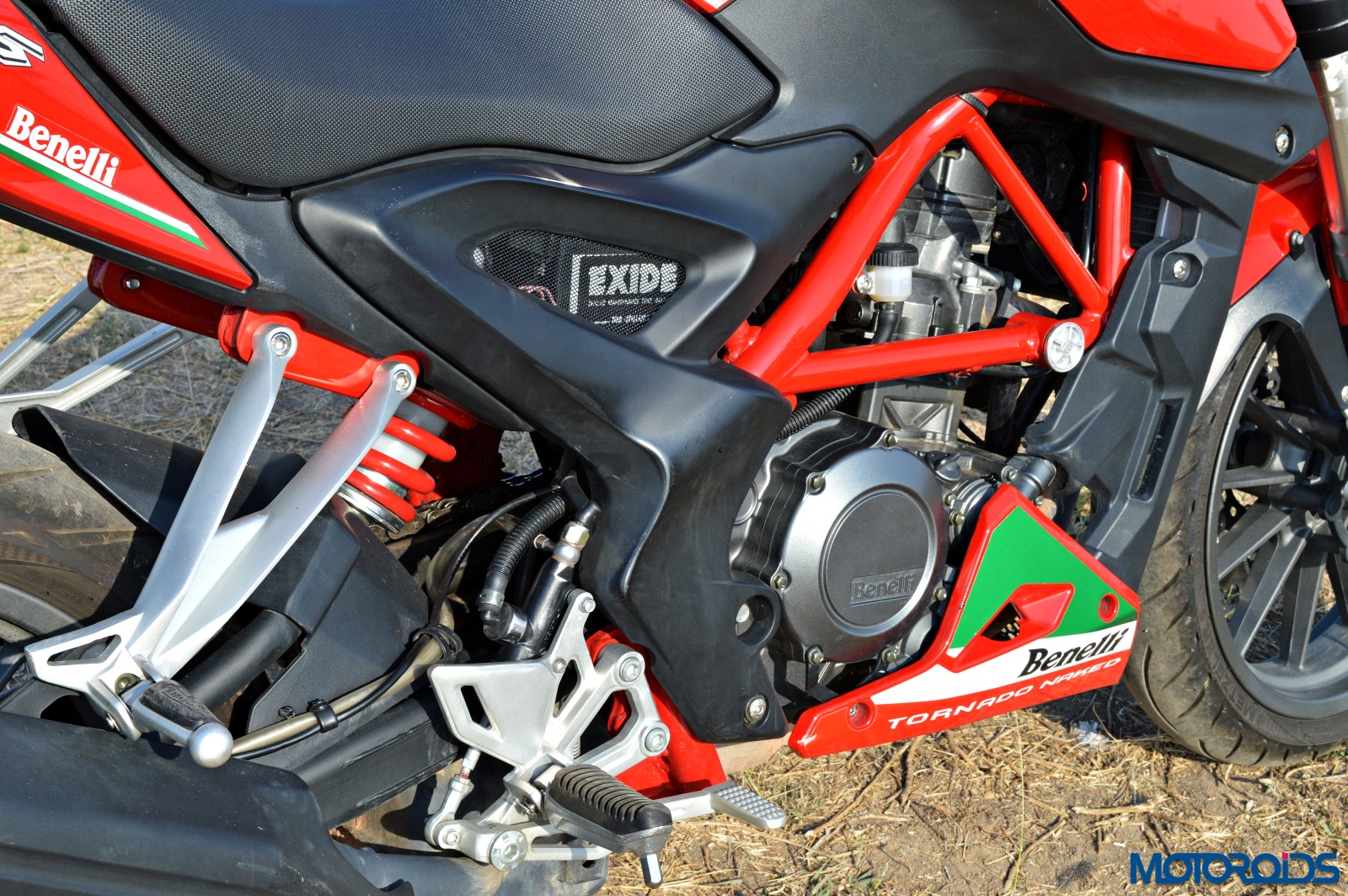 The six-speed transmission is neat although we did face a couple of tricky shifts during our ride. What was slightly bothersome was the gear indicator on the instrument panel that took its own sweet time to display the gear engaged after shifting.

Anchoring tasks are performed by Benelli branded 280mm disc upfront and 240mm disc at the rear. Even with its twin brake setup, the TNT25 lacks the bite one would expect it to have, which is a bit of a letdown. The motorcycle could also have done with ABS, at least as an option for some extra money. Benelli, however, hasn’t introduced the feature even on its higher capacity motorcycles, so it would have been rather optimistic to expect it on the smaller machine. We believe that the issue will be addressed soon with new, mandatory safety norms scheduled to come in effect in a couple of years from now.

Overall, the bike has decent, if not the best in class grunt. It lacks punch in the first few thousand revs but builds it up through the mid and high engine speeds. Vibrations are a tad bit more than one would appreciate and braking could have been a bit better too. 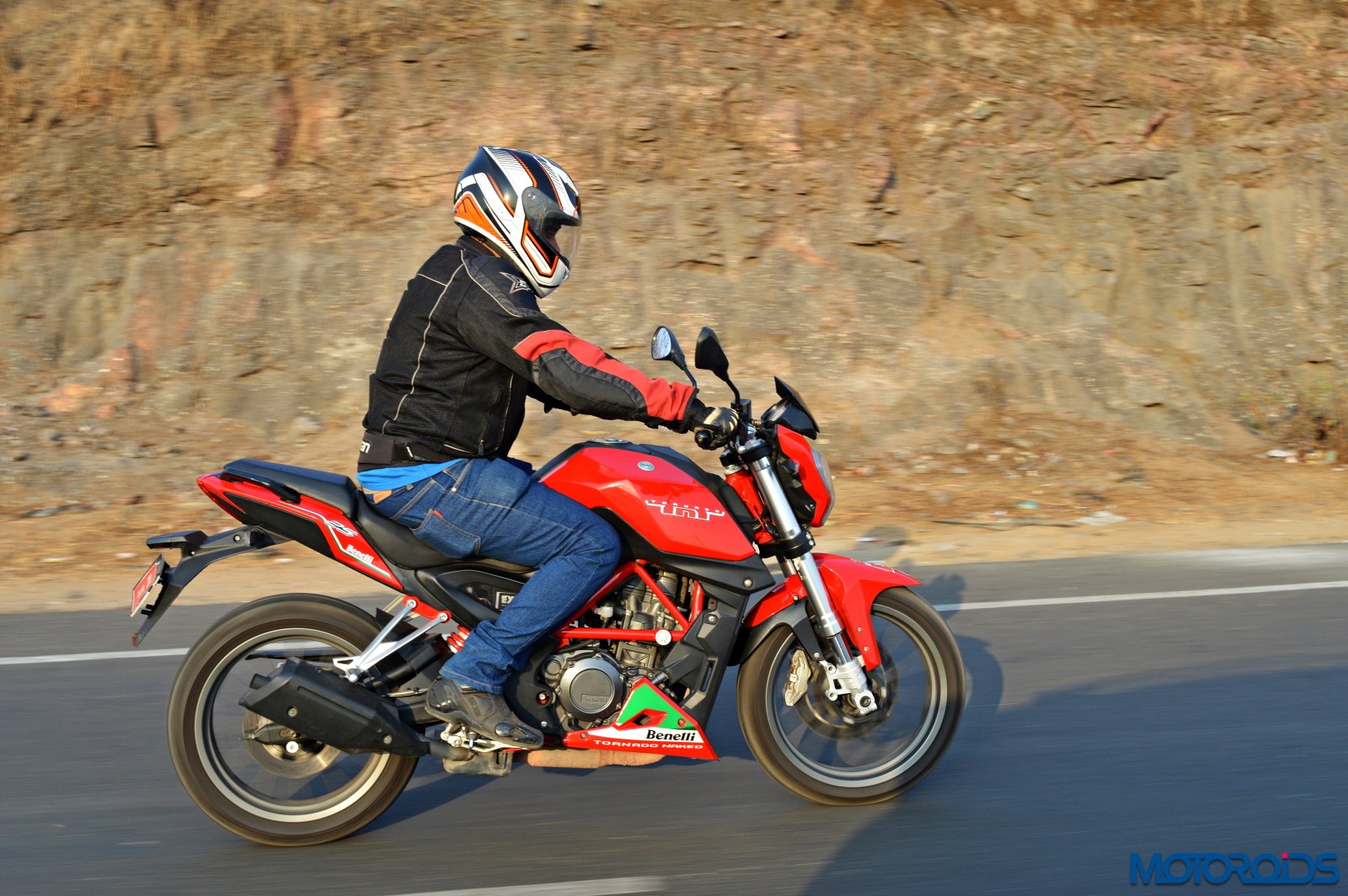 The ergonomics are upright with high raised handlebar while the rear set footrests are just about perfectly positioned. It’s almost similar to the ergonomics of the KTM, only slightly more comfortable than the Austrian pocket-rocket. So while city rides are comfortable, going around the twisties is equally fun. The tank recesses hold the knees in place as you lean into a corner and hang on to the motorcycle.

The meaty upside down fork upfront and the hydraulic monoshock at the rear are set on the stiffer side. So while uneven surfaces result in a bumpy ride, the motorcycle somewhat benefits in the handling department, though it’s still not the best corner carving tool out there in its segment. You can throw it around the corners or slide through the city traffic and the Benelli TNT 25 would work its way through without much fuss. The sticky pair of Metzelers, which are optional, are definitely worth the extra dough. 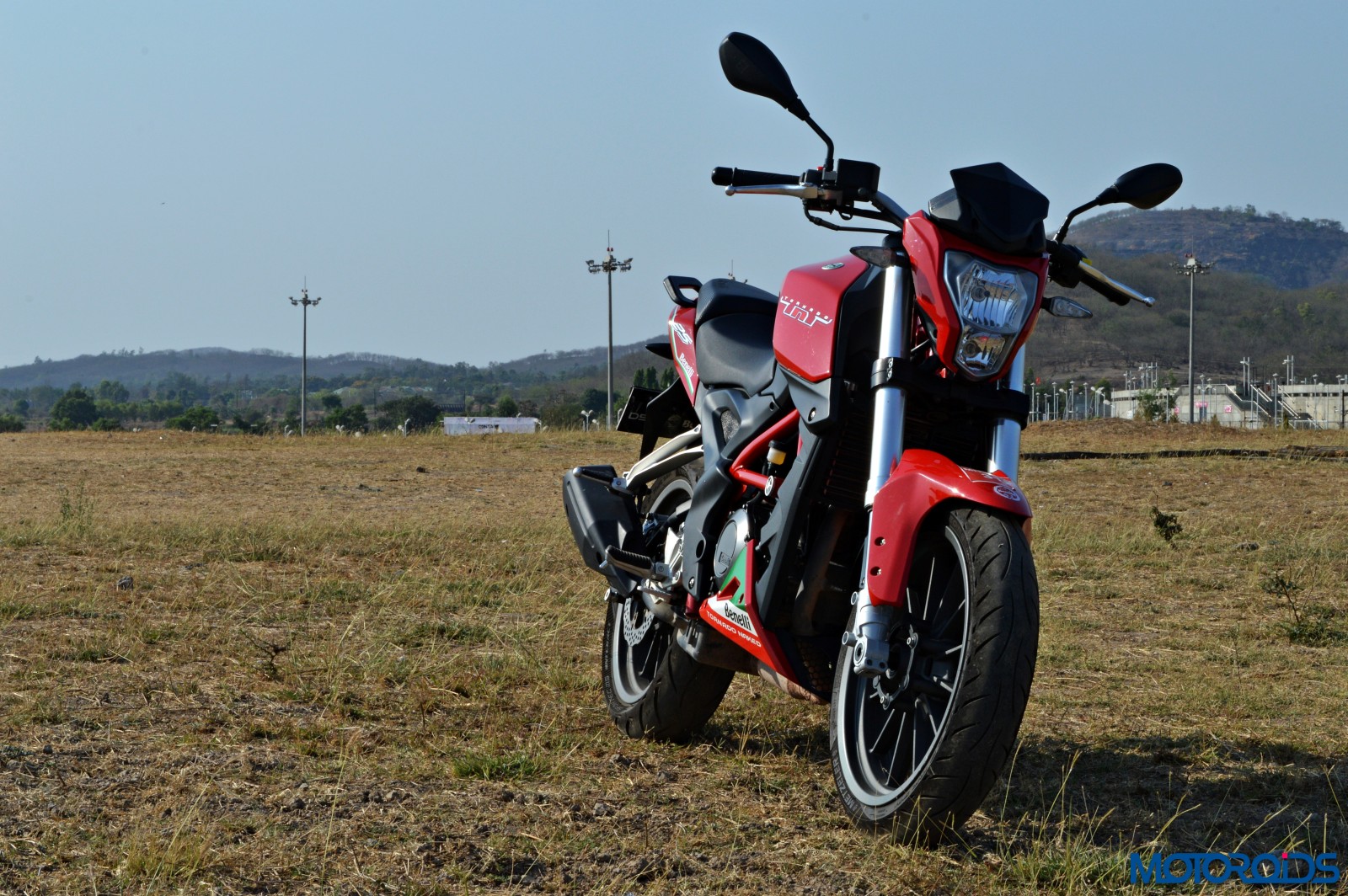 The Benelli TNT25 has its own advantages, the most significant of which is the brand’s legacy and the perceived aspiration value. The smallest Benelli on sale does manage to garner a few curious looks as it slices through traffic, but a closer inspection brings to the fore its limitations with the build quality and finish. That engine has the numbers to show on the paper, but in practice, it doesn’t quite match the expectations aroused by those yummy figures. It’s still a decent looking machine, mind, and offers a much needed alternative in the dried up 250cc segment. However, the big question is, what do you get for the money?

At nearly Rs 2.12 lakh (on-road, Mumbai), the Benelli is not exactly cheap, especially when it is supposed to fight against the sprightly KTM 200 Duke or even the tank-like CBR250R (non-ABS). In fact, for that price, you can lay your hands on a KTM 390 Duke, which is far superior motorcycle in almost every aspect with more power, better design and a potent braking system with ABS as standard.

However, sometimes its the brand that matters most for a buyer in a segment. Benelli is a great Italian brand with a rich heritage, and for some, that should be reason enough to bring the streetfighter home without any second thoughts.