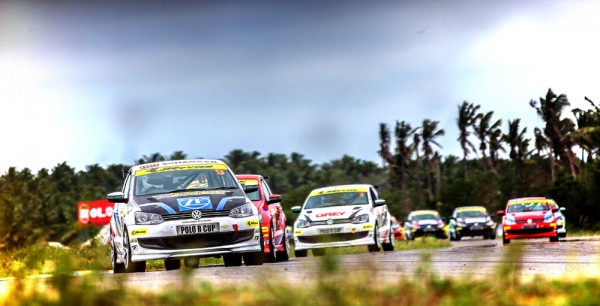 In the global motorsports scene, many renowned racing teams and car manufacturers alike have been relying on ZF’s innovative technologies and first-class service in a wide range of series, ranging from Formula 1 and DTM to WRC and the 24h of Le Mans. Through this initiative with Volkswagen Polo R Cup, ZF is targeting a contribution towards the further development of the motorsports sector in India whilst establishing a firm presence and increased awareness of the ZF brand in this important market.

Dr. Stefan Sommer, CEO of ZF Friedrichshafen AG, comments:
“The connection between ZF and Volkswagen Motorsports in India is an extension of the global association between these two partners. The Volkswagen Polo R Cup series is the perfect stage for us to demonstrate the technical excellence of ZF products. With wide media coverage and a high level of attendees at the race events, Volkswagen Polo R Cup is also an excellent platform for further communication measures directly aimed at the Indian market. We furthermore aim to contribute to the further evolution of motorsports in India using the experience and expertise we have gained throughout the world, especially in Europe.”