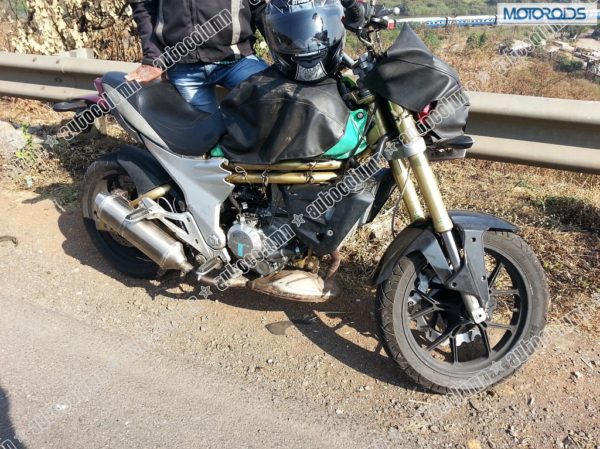 The difference in styling would be courtesy a new fuel tank, which seems to be bigger and taller than the one that we saw on the show bike. In all probability, Mahindra Two Wheelers Ltd have re-designed the fuel carrying unit to enable it to carry more fuel and possibly, to make it look more muscular too. 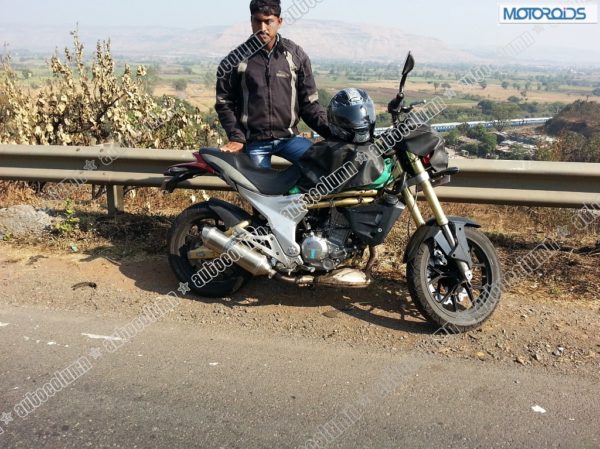 The Mahindra Mojo 300 was unveiled way back in 2010 and the upcoming Mahindra entry level performance bike has definitely put our patience limits to test. Since 2010, the bike has got itself a home-grown motor (earlier, the manufacturer was to outsource the engine) and revised styling. The latter, we feel, is a good thing, especially if you consider that the prototype’s styling has been borrowed from the Malaguti MR250, which comes across as uninspiring and a tad ordinary in this day and age.

The upcoming Mahindra Mojo 300 will rival the lethal KTM Duke 390, the well sorted out Honda CBR250R and the stylish Hyosung GT250R. The Mojo 300 will be powered by a fuel injected, 300cc, single cylinder motor that would have a 4 valve DOHC head. The engine is likely to come mated to a six speed ‘box and could have a max power output of 31PS.

The Mojo 300 has a set of upside down telescopic forks up front and a monoshock at the rear. The bike comes shod with Pirelli Sport Demon rubber.

We feel that it would be interesting to see how well would the Mahindra Mojo 300 would fare against the well-established competition. Also, we can’t wait to put the Mojo 300 through our strict testing regime.

Go to next page for more spy pics of the Mahindra Mojo 300.