Home News Yamaha YZF R25 Might be Unveiled at EICMA 2012 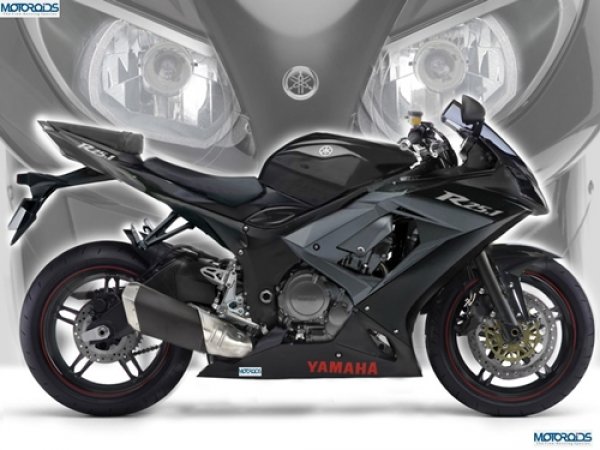 Regulars here might remember that we reported about Yamaha confirming that it now intends to shift its focus on soon launching 150cc+ products in Indian bike market. It may be noted that the Japanese bike maker made a comeback in Indian bike market with the launch of R15, which is arguably the most popular Indian bike among Indian biking enthusiasts.

However, with the launch of Honda CBR250R, KTM 200 Duke and Bajaj Pulsar 200NS, the 150cc sportsbike from Yamaha has started getting a bit dated. Yamaha surely needs to come up with a quarter litre bike to capture the Indian performance biking segment.

Our sources are telling us that Yamaha is busy working on a 250cc warrior to counter Honda CBR 250R. From what the first reports suggest, the new bike is based on the India specific Yamaha YZF R15, which means that the bike has the highest probability of being launched in the country before anywhere else. The same reports also tell  that Yamaha India have localized the new bike heavily to keep the costs low and put the new Yammy across as a genuine pound-for-pound contender for the competitively priced baby CBR.

It is being said all over the web world that Yamaha will unveil a new 250cc bike at the upcoming EICMA Motorcycle Show, Milan which will be held from 15-18 November, 2012. There are high chances (and even higher hopes) of Yamaha introducing the much awaited R25 to the bike aficionados by unveiling their new baby at EICMA 2012.

We are waiting for the new bike with high hopes and dreams of unmatched handling prowess.