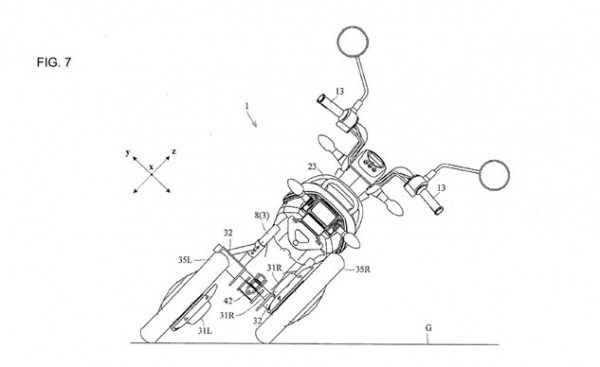 The Yamaha Tricity has an additional wheel upfront to instill confidence amongst those who feel nervous on a bike. The wring-to-go scooter leans like a motorcycle, but thanks to two wheels leaning upfront, the chances of the rider ending up kissing the ground are lesser in comparison to a conventional two-wheeler. Taking that theory forward, or rather backwards, Yamaha has filed for patents for an electric two-wheeled scooter. Unlike the Yamaha Tricity which has two wheels at the front and a single wheel at the back, the patents are for a scooter with two rear wheels which will be driven individually by an electric hub motor. 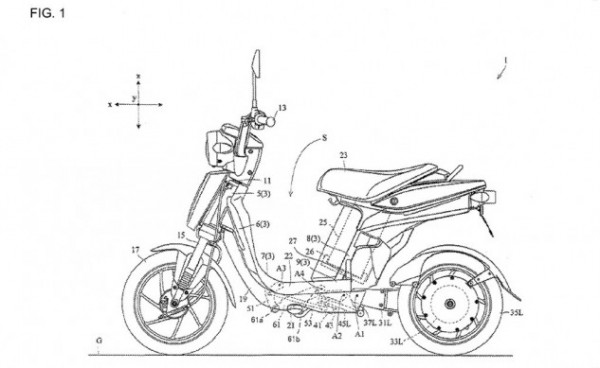 The scooter design in the patents’ diagrams resembles the Yamaha EC-03 electric scooter, where the vehicle in the diagram shares an identical front end, frame, and seat as the EC-03. The two different patents are for the same three-wheeled vehicle, but for different processes. The USPTO patent focuses on minimising the increased weight of a third wheel and battery while the European patent focuses on the electric motor controller. 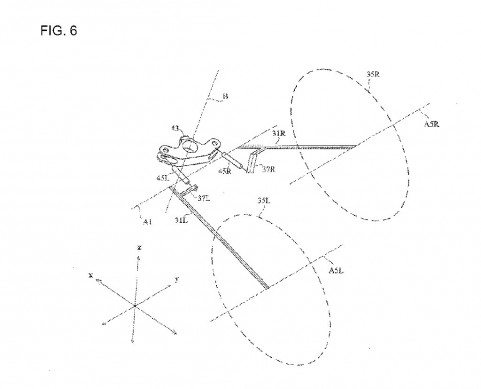 The system in the diagram which allows the scooter to lean looks pretty complicated though. The rear two wheels get different swingarms which pivot around the same axis. The swingarms further connect to a individual rods, which link them to the rocker arm. leaning causes the rocker arm to rotate, which then makes an individual swingarm move vertically opposite to the other. The rocker arm is then connected to a suspension system which takes care of any bumps while the tilting mechanism is at work. 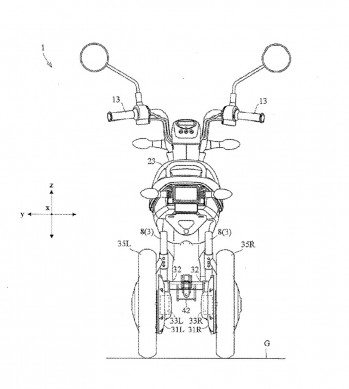