If you uttered, What the Duck! as you read the title, you aren’t alone. A woman by the name of Emma Czornobaj parked her car in the left lane of a Montreal Highway in 2010 and got out to help the ducklings that were on the median. Her parked car unfortunately caused a pile-up, that left a father and his daughter dead. 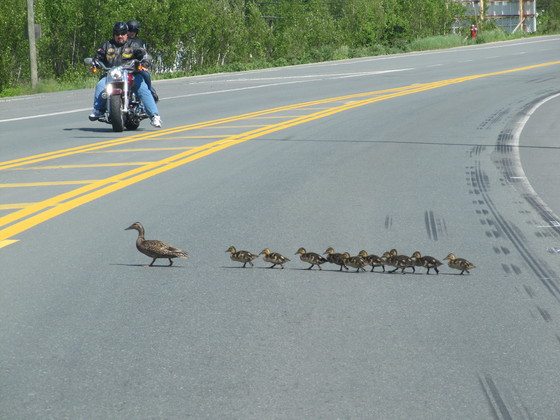 The woman, now 25, has been convicted of two counts of criminal negligence resulting in death and will be sentenced in August. The charge carries a maximum life sentence. She has also been charged on two counts of dangerous driving causing death, which attracts 14 years in prison.

According to reports, the Father and his daughter were riding on a Harley-Davidson at about 80mph in a 60mph zone, the mans wife following them at a slower speed. Czornobaj stopped her car as she spotted a group of 7 ducklings on the median, being an animal-lover she did not see their mother and tried to herd them to safety. The man’s wife however doesn’t blame Czornobaj for her family’s death, also the Montreal Gazette has found the case to be unusual as there was no criminal intent tied to Czornobaj’s actions. A former prosecutor feels since the victim’s relatives are not upset with Czornobaj, she could face life-imprisonment, although most likely, end up with some kind of probation.

Careful, the next time you see that Cow in the middle of the road.