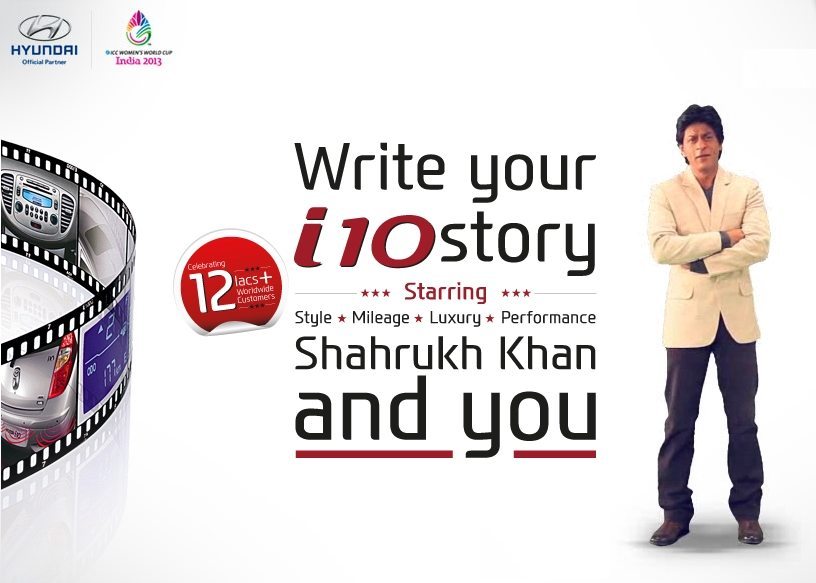 Hyundai India, the automobile giant, has made a place for itself on the web-space yet again with its ‘Write Your i10 Story’ Contest. This contest will give winners an opportunity to star in a television commercial alongside Shah Rukh Khan, the brand ambassador of the Hyundai i10.

The ‘Write Your i10 Story’ Contest requests users to write a script for the next Hyundai i10 television commercial. To participate, users can visit the Hyundai ‘Write Your i10 Story’ website (www.writeuri10story.com) where they can also browse through the outstanding features of the Hyundai i10 or alternatively, send in their entries by giving a missed call to 9555931010 or writing to P.O.Box Number 9739, New Friends Colony, P.O., New Delhi- 110025. The website also enables users to submit their scripts in various formats including text, audio files and video uploads. The best script from those submitted will be selected and the winner will be announced.

The Hyundai ‘Write Your i10 Story Contest’ will be a shot-to-fame for one lucky script writer and will bring fresh talent to the fore. The new Hyundai i10 commercial will then be shot, based on the winning script, starring Shah Rukh Khan and the lucky winner.