Home News We will soon be able to drive for 9.2 kms through India’s Longest Road Tunnel

Part of a 286-km-long four-lane project on the Jammu-Srinagar highway, India’s longest road tunnel will open to traffic following successful completion of a trial run. The formal trial run was successfully completed for peak, off peak hours between March 9 and March 15. Construction for the 9.2 km-long twin-tube tunnel commenced on May 23, 2011 in the lower Himalayan mountain range, and after almost 6 years and a of cost Rs 3,720 crore, the tunnel will be formally thrown open to general vehicular traffic after Prime Minister Narendra Modi inaugurates the site by month end. 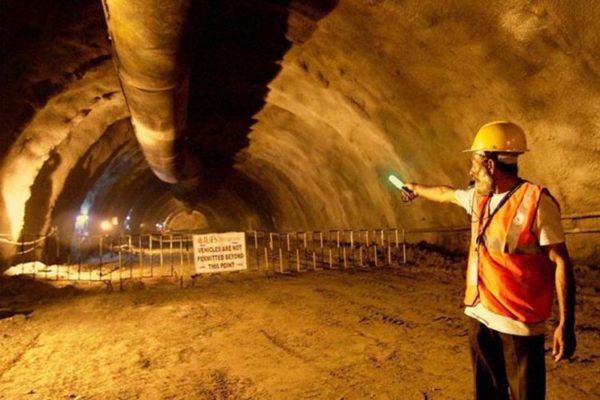 The tunnel is located at an elevation of 1200 meters and will be the first in India to be equipped with a world class “integrated tunnel control system”, through which ventilation, fire control, signals, communication and electrical systems will be automatically monitored. The tunnel will reportedly reduce the travel time between the two state capitals of Jammu and Srinagar by two-and-a-half hours. The road distance from Chenani and Nashri will now be 10.9 km, instead of the existing 41 km. And once operational, the tunnel will reduce traffic jams on National Highway-1A that occur due to snowfall and avalanches during winter at Patnitop.

A three-tier system has been fitted to light-up the tunnels round the clock, while an innovative SOS system has also been introduced to make contact with the team sitting in the Operation Room in case of an emergency. Effective fire fighting gadgets and a hyper-sensitive ventilation system has been installed to ensure safe and hassle free passage for vehicles. The maximum speed limit permitted for vehicles plying inside twin tunnel tubes is 50 km per hour with head lights on at low beam. Containers carrying inflammable material are banned from entering the tunnel.