Home Auto and Motor Shows Volkswagen Compact Sedan spotted testing for the first time; could be called the Ameo 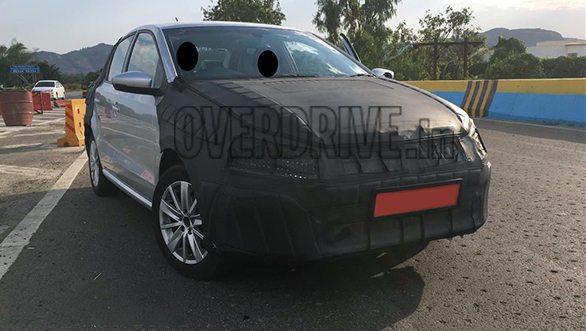 Volkswagen will showcase its first India-specific model at the upcoming Auto Expo in 2016. Reports suggest that the car could be called the Ameo, and it will be a sub-4 meter compact sedan. A prototype has been caught testing for the first time, hinting at what to expect. 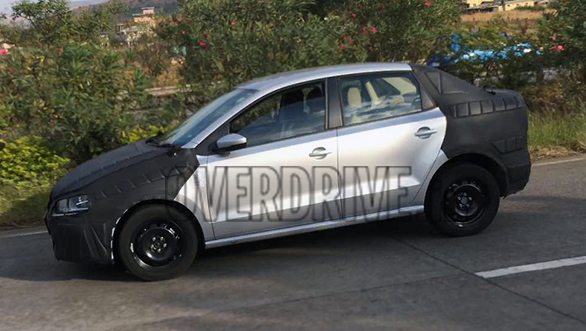 Since its based on the PQ24 platform that underpins the Polo and the Vento, it doesn’t come as a surprise that the Ameo shares most of its visual traits with the other two. Up front, the double barrel headlamps will be carried over, with subtle revisions to the grille and front bumper. The sides, including the doors, A- and B-pillars will be similar to the Polo’s, while the stubby, high-set boot will be all-new. 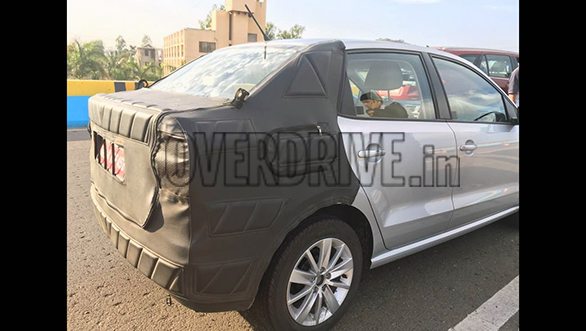 The rear end has a flatter profile to stay within 4 meters of length, and the rear windscreen rake is lesser than that of the Vento. New tail lamps will also be on the offing, which will have a different graphic from the Vento and Polo. The wheels and interiors also look glaringly familiar. As for the drive-trains, the Ameo should be powered by the same crop of engines that are employed in the Polo/Vento, which include a 1.2-litre three-cylinder petrol engine and a 1.5-litre four-cylinder diesel engine, both paired to a 5-speed manual gearbox. We’re hoping for a Ameo GT with a dual clutch automatic transmission.