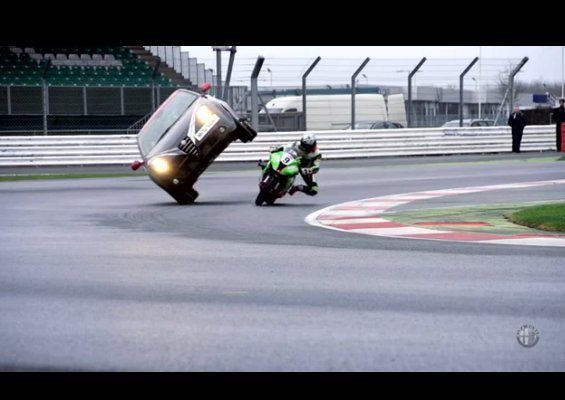 In order to celebrate the introduction of the Alfa Romeo Quadrifoglio in the UK market, the Italian company has made a special stunt film. The company summoned Paul Swift and Chris Walker to perform a unique stunt, where the ZX-10R passes the Mito on the inside, while being ‘under’ it – making the act an ‘undertaking’ move.

Paul Swift, in the Alfo Mito uses a ramp to set the car travelling on two wheels. Chris, walker, then maneuvers his Ninja under the Mito, and then quickly speeds away. Quite spectacular!

The inclusion of the Ninja ZX-10R was important in the video, as the Mito Quadrifoglio celebrates the association of Alfa Romeo association with SBK.
Check out the fantastic video below