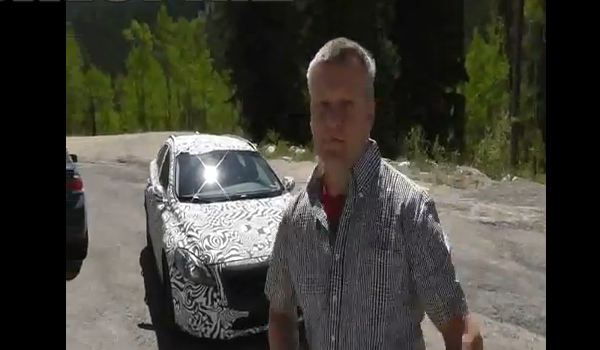 This spy video is special, for in the end, the spy couldn’t quite keep his identity. A photographer from KFP Spy Photography, while filming the XC40 was attacked by a Volvo engineer driving the test car. In a fit of rage, the Volvo engineer almost broke the video camera that Brian Williams, an automotive spy photographer was filming the car on.

Technically, it’s not illegal to shoot test cars, until they are plying on public roads or parked on public areas. The test drivers, however, do sometimes get a firing from their bosses when the images of these secret cars are shown to the whole world via internet.  This makes some of the test drivers think of spy photographers as one of the biggest threats to their jobs. In some very rare cases, they turn offensive and may get physical with the man behind the camera.

In this case, however, the engineer, who was quite aggressive in the beginning, on realizing that the photographer had his wife on board the car he was travelling in, mellowed down and eventually apologized for the act. This was after the engineer started moving towards Brian’s car. He warned the engineer to stay away from her or face the consequences.

Brian did not press any charges or show the video to local police, in spite of having sustained a minor injury due to the assault. We really think the engineer got away for cheap. Check out the video