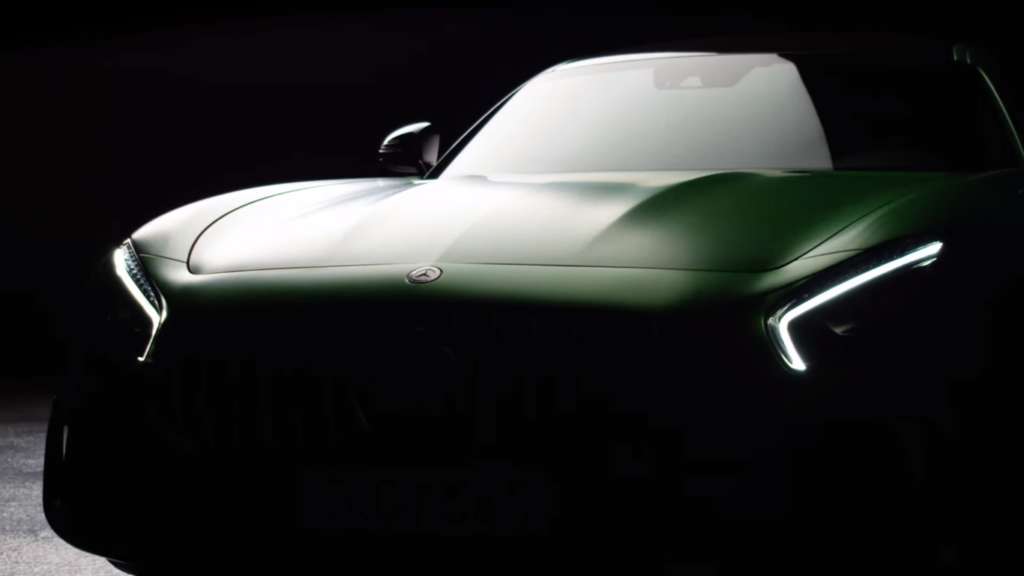 The new Mercedes-AMG GT is already winning accolades for its prowess as an angry sports car. Now its time to unleash another hulking beast based on the same car – say hello to the new and upcoming Mercedes-AMG GT R. A teaser video previews the hardcore GT R, a more track focused, sharper version of the GT, before its world premiere at the Goodwood Festival of Speed on June 24.

The AMG GT R will slide above the regular GT and the GT S variants, which, rated 456 hp and 503 hp respectively, aren’t pedestrian performers by any means. Affalterbach’s take to compete with the likes of Porsche’s 911 GT3 RS and McLaren’s 675 LT will reportedly employ an upgraded version of the twin-turbocharged 4.0-liter V8 engine to produce anywhere from 550 to 600 hp.

Apart from a updated power output, the AMG GT R will feature all sorts of aerodynamic modifications like a fixed rear wing, a new front grille and bumper, along with flared wheel arches for a wide-body effect. The GT R will be also be lighter than the GT S, with sections of the body believed to be made from carbonfiber. Also on the offing will be bigger brakes, wheels and tires, while the suspension and steering systems should be tuned to be more aggressive. However, this isn’t the end, as there’ll be an even more hardcore Black Series AMG GT in the future.