The Mercedes-AMG GT looks quite familiar to the SLS-AMG that was launched in 2010. However, the GT is a toned down version. The company hasn’t givem out any details about the specifications but has confirmed that it will feature a new twin-turbo engine which will be connected to a dual-clutch transmission. All the previous reports have suggested the model will be powered by a twin-turbo 4.0-liter V8 that will pump out approximately 520 bhp (387 kW) of max power. Regardless of the final numbers, Mercedes confirmed the car will be launched in March 2015. There have also been rumors floating on the cyberspace about an entry-level variant with 480 bhp (358 kW) and a range-topping Black Series with up to 580 bhp (432 kW). 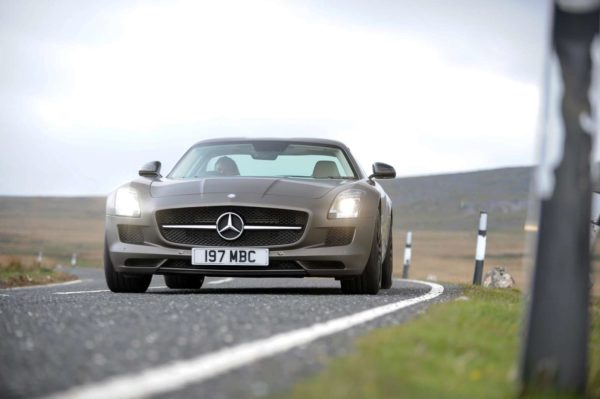 The GT is scheduled for an unveil at the 2014 Paris Motor Show and will lock horns with Porsche 911 and the Jaguar F-Type. 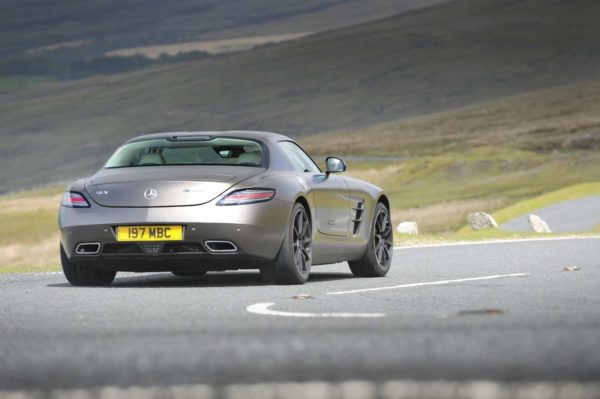 AMG CEO Tobias Moers who says “With the Mercedes AMG GT we’re confidently entering an intensely competitive field. Above all because we know that the Mercedes AMG GT can do everything, not just to survive there but to inspired new trends.” He went on to say “The Mercedes AMG GT is an all-rounder with extremely sporty aspirations. Yet it’s comfortable and can easily be used for everyday driving.”

Here is a video that showcases the SLS GT’s track testing.

Below is the image gallery of Mercedes-AMG SLS GT: