If there is one guy would receive a speeding ticket for going way below the speed limit, that person would be Top Gear’s co-host James May. No wonder he is called Captain Slow. And so, when you have to host a race that involves a race of meagre 8 hp motorcycles, we feel that no other can take the responsibility as efficiently as James May. 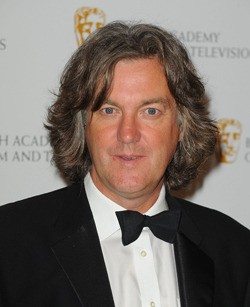 Honda’s CT110 has been the best selling bike in Australia ever since its launch in 2009. Fuel efficiency and ease of servicing are the USP of the CT110. Powering this motorcycle is an 8 hp engine that is mated with a clutch less four-speed transmission.

The Top Gear Festival was in Sydney for the Australian stop and so the producers of the show decided to give four of these best selling motorcycles to world class racers and organise a race. The participants of the race were superbike champ Shawn Giles, superbike racer Glenn Scott, stunt rider Matt Mingay, and 125 champ Josh Hook. The event was hosted by James May.

Watch the video to find out the result of the race and how James May did his work. Do share your thoughts through comments below.