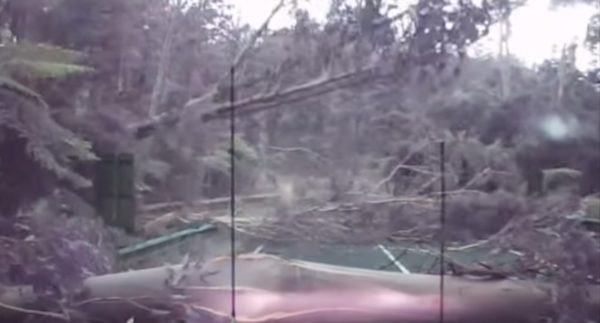 So mother nature was bored on this particular day and decided to go bowling. But little did she know that while at it, she’d score more than a perfect ten. As a man was driving along on a seriously windy day in Central Victoria, Australia, he discovered this sporty side of nature. His dash cam managed to capture roadside trees, coming down like bowling pins, as the wind acted like a Brunswick ball.

Apparently, the driver manages to bring his car to a halt just in time, but what he witnesses post that is a scene straight out of some apocalyptic Hollywood flick. While one would expect some sort of Yeti to come out of the woods post that scene, it is all just nature’s big foot making its presence felt.