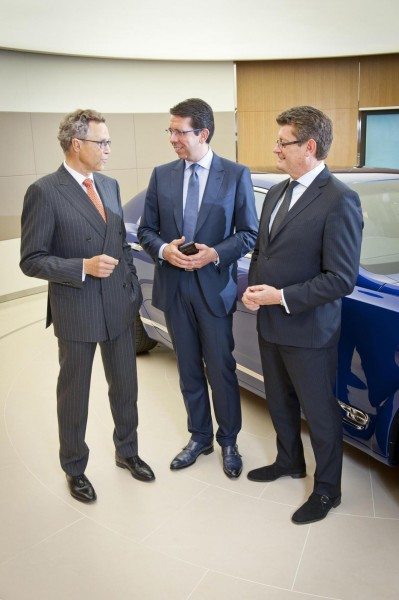 British luxury phone manufacturer Vertu, a wholly owned off shoot of Nokia, have announced their partnership with Bentley to crank out some suave smart phones pertaining to the Bentley scheme of things.  Although much hasn’t been confirmed yet, the first model is scheduled to hit posh stores around the world in October. One of five to be followed by four further models that Vertu says will “encompass authentic and iconic Bentley design elements.” Additional information is limited but the luxury smart phone company said the phones will have “unparalleled design, craftsmanship, contemporary elegance, outstanding performance and integrated technology.”

The phones will presumably running on Android with nice specs, and will offer exclusive Bentley content to their users, apart from being studded with precious gems and layered with snakeskin(just contemplating!). Sadly, Vertu phones are far from being technological showpieces- they offer to be just the latter at exorbitant prices. The smart phones “will be jointly designed by the Vertu and Bentley design teams, based on a relationship that goes far deeper than the utilization of materials and cues on design.”