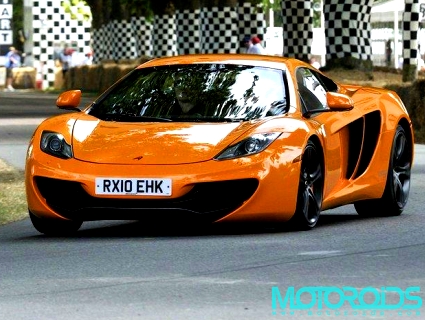 The McLaren MP4-12C has made its public debut in style at the 2010 Goodwood Festival of Speed yesterday. McLaren has now released a video of the supercar’s flying debut. As we reported yesterday, McLaren’s Automotive Managing Director Antony Sheriff took to the wheel of the MP4-12C first, followed by McLaren F1’s racing drivers Lewis Hamilton and Jenson Button. Check out the video here: