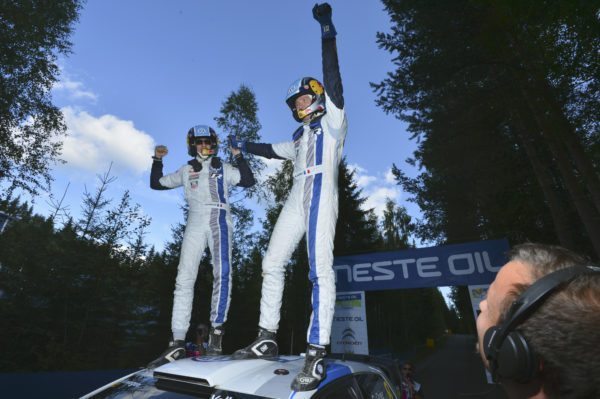 Fifth win of the season for Sébastien Ogier and Julien Ingrassia (F/F) in the FIA World Rally Championship (WRC): the Volkswagen duo won the Rally Finland for the first time, increasing their lead at the top of the Drivers’ Championship standings to 90 points. Volkswagen also extended their advantage in the Manufacturer’s Championship. Jari-Matti Latvala and Miikka Anttila (FIN/FIN) suffered damage to their Polo R WRC’s suspension during the first stage and collected six points with their seventeenth-place finish. Their team-mates Andreas Mikkelsen and Mikko Markkula (N/FIN) finished tenth and picked up one World Championship point. The win in Jyväskylä was the sixth triumph for a Polo R WRC in eight rallies. The Rally Germany, the ninth WRC event of the season, will be taking place between Cologne and Tier from 22 August.

Marvin Kirchhöfer finished the sixth ATS Formula 3 Cup race weekend of the season as the most successful driver. Driving the Volkswagen Dallara F311, the 19-year-old Leipzig-based driver secured victory in the third race on Sunday, after team-mate Emil Bernstorff from Great Britain and Austria’s Thomas Jäger were Saturday’s winners. With three race weekends to go, Kirchhöfer on 334 points enjoys a comfortable advantage in the overall standings over Artem Markelov (231) und Bernstorff (228). The next ATS Formula 3 Cup will be taking place from the 30 August to the 1 September.

With two victories in three races at the Nürburgring, Alessio Picariello further strengthened his grip on the ADAC Formel Masters championship during the fourth race weekend of the season. On a fine summer’s day, the 19-year-old Belgian beat Nicolas Beer to first place in the opening race. Picariello also showed his Formel ADAC powered by Volkswagen racing car’s great pace in the second race on Sunday morning, finishing ahead of championship rival Maximilian Günther. Beer tasted victory in Sunday afternoon’s final race; Marvin Dienst was second, whilst Picariello had to be content with third. In the overall standings, Picariello (202 points) leads Günther, who is on 124 points. Beer is third just one point behind Günther.

The Phakisa Freeway outside of Johannesburg was the perfect venue for Formula Volkswagen South Africa Championship action this weekend. In warm conditions, Robert Wolk won both races to extend his lead at the top of the championship. Nicholas van Weely initially managed to keep Wolk at bay in both races. However, Wolk’s pressure told and van Weely had to settle for second place on both occasions. Christopher Shorter came third in both races. The Formula Volkswagen South Africa Championship will be coming to Zwartkops, Pretoria on 31 August. Fans could see Wolk wrap up the championship there.

The Engen Volkswagen Cup experienced a first this weekend at the Phakisa Freeway. Driving the Volkswagen Polo Vivo, Tasmin Pepper became the first woman to win a race in this racing series. Starting from fourth on the grid, the 23-year-old slowly worked her way up through the field to take the chequered flag ahead of Kosie Weyers and Mathew Hodges. In the second race of the weekend, Dewald Brummer claimed victory, whilst Durban-based driver Shaun la Reservee took second. Hampered by gearbox problems, Pepper could only finish fourth. The next Engen Volkswagen Cup race will be taking place in Zwartkops, Pretoria on 31 August.