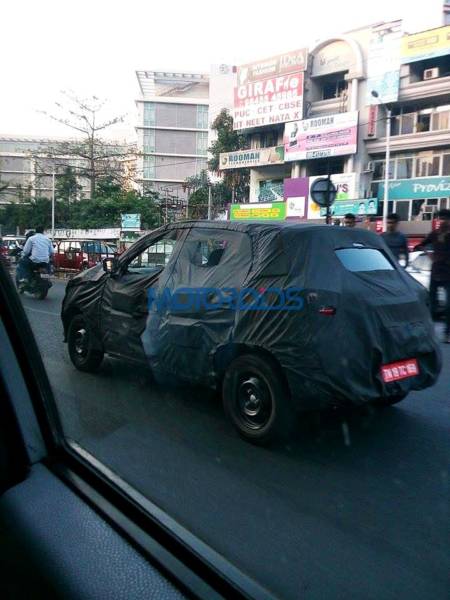 Post the impressive Lodgy MPV, leading Renault India’s siege for 2015 will be the explosive, low-cost, Alto 800 rivaling hatchback. A prototype of the same has been snapped by Motoroids reader Siddharth Sreekumar. Code-named the XBA, the sub-4 lakh/sub-4 meter hatchback will be based on the Renault-Nissan’s highly flexible India-specific CMF-A (Common Module Family – Affordable), a platform which it’ll be sharing with Datsun’s upcoming redi-Go. 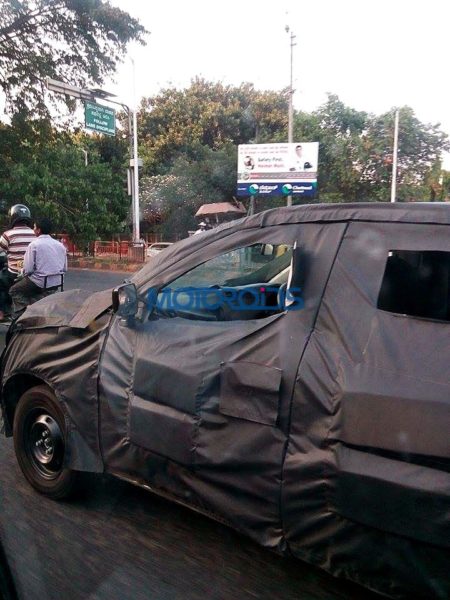 Powering the XBA will be an all-new 800cc, three-cylinder engine, featuring a twin-cam, four-valves-per-cylinder setup. Codenamed the BR-8, it might also come with the option pairing itself to an automated manual transmission (AMT). Apart from featuring crossover like styling, which includes a relatively higher ground clearance and a ‘micro-SUV’ look, the XBA is also expected to be high on space efficiency. 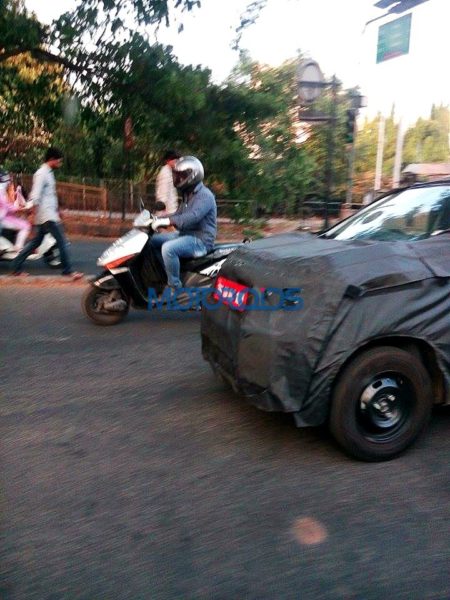 Both the redi-Go project (code-named as the Datsun I2), and the XBA are being developed here in India at the RNTBCI (Renault Nissan Technology Business Centre India). While the redi-Go will reportedly come to the Indian market by May 2015, priced below INR 3.8 lakhs, the XBA is expected to follow soon.

Related – New Datsun Redi-GO Coming To India In May 2015; Will Be Positioned As A Micro-SUV 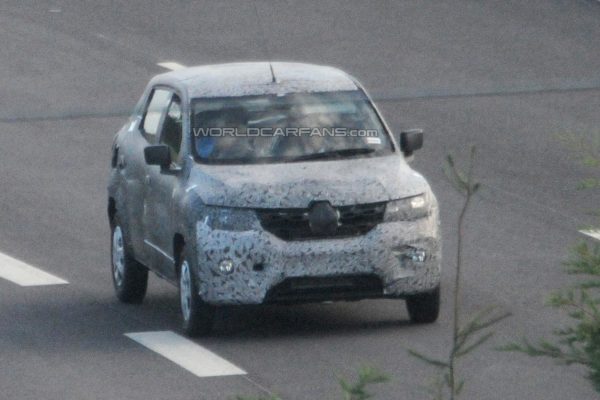 Could this be it? – Renault Low-Cost Crossover Spied; To Sit Below The Duster