The folks at WCF have caught the BMW 1-Series GT in action once again. The entry level car from the Bavarian automaker was caught doing the rounds of the famous Nurburgring race track. 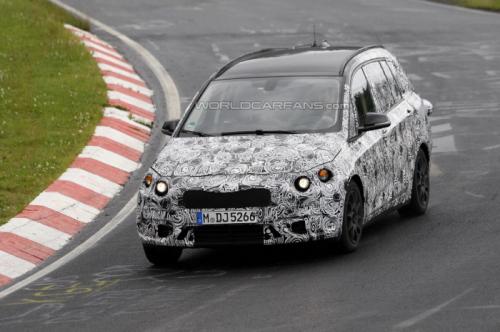 Although the car is heavily camouflaged, it can  clearly seen that the car draws inspiration from the Concept Active Tourer. The 1-series GT will be adding a  more spacious variant to the entry level BMW line-up. The car is said to be a five seater, but a larger seven seater model is also in the works.

The car rides on the UKL platform which is shared with new generation MINI Cooper, which has debuted only this week. The MINI helps us  reveal some of the technical details of its BMW sibling. 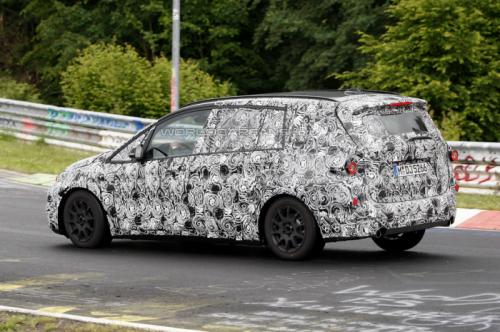 The 1-Series GT will be offered with a host of 1.5-liter three-cylinder petrol and diesel engines that will debut under the hood of the third gen MINI, making it a car to be badged GT for the namesake .  Power will be sent to the front wheels via an automatic transmission, but the European market will get a low-spec model, which will be mated to a six-speed manual gearbox.  BMW’s xDrive all-wheel drive system will be available as an option on most models. 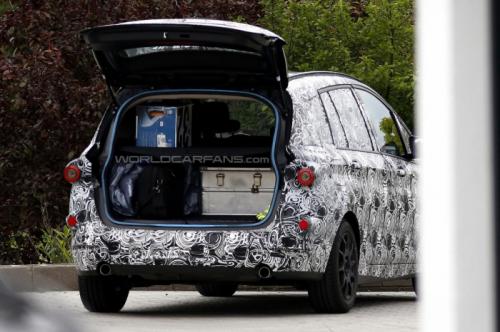 BMW is likely to introduce 1-Series GT with a gasoline-electric plug-in hybrid drivetrain.

This BMW 1-Series GT is expected to be unveiled for the first time at the Geneva Motor Show in 2014.

Stay tuned to Motoroids for more dope on the 2015 BMW 1-Series GT.