What’d you do if someone snatches your beloved mobile phone? You’d probably go to the police, file a complain and then eventually get a new one. This trucker from China would’ve probably done the same thing had he not seen the thief coming back from the opposite lane. What he did next was unexpected.

The CCTV footage was posted by YouTube Channel DailyVideoDose. The video shows the thief, riding a scooter, snatching the phone right out of a truck drivers hand. Moments later, the trucker spots the thief coming back later in the opposite lane. The truck driver knocks down the thief on the scooter with a flying kick and gets his phone back. 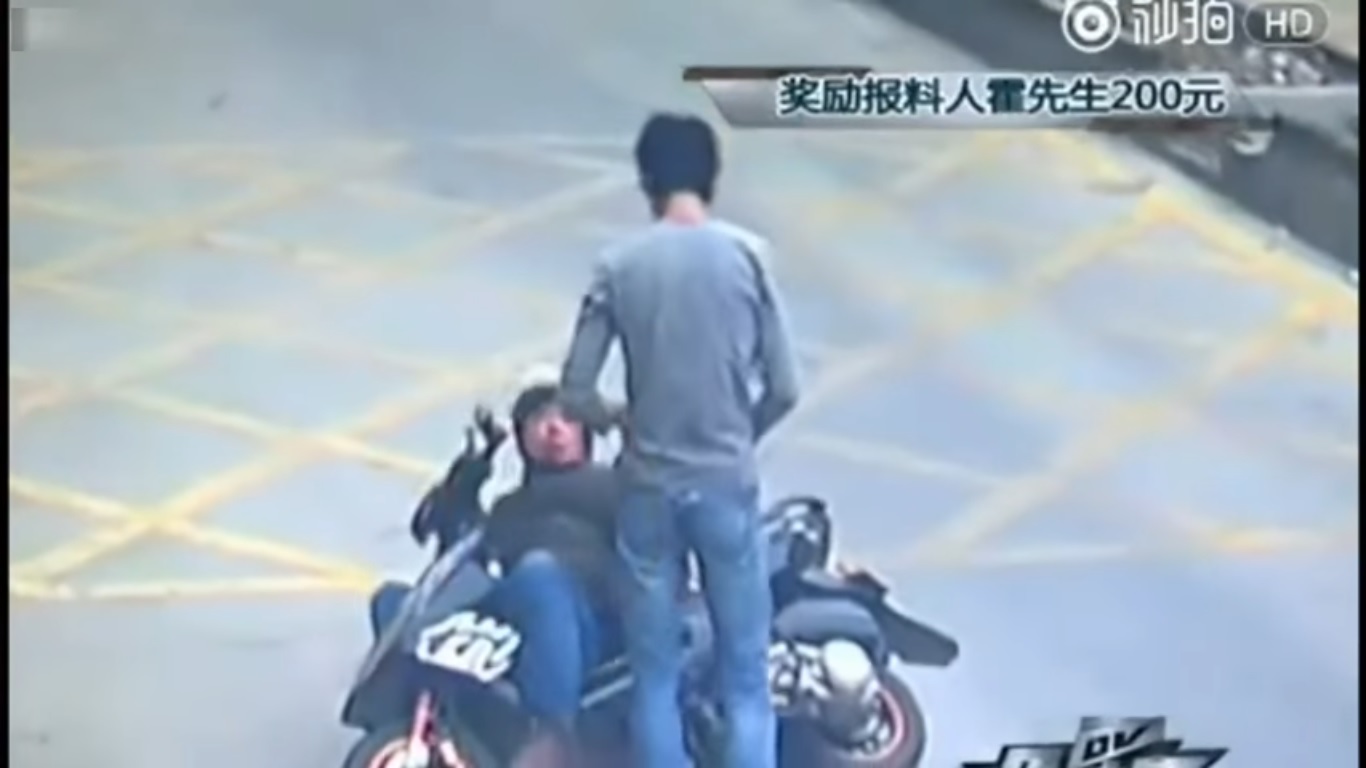 The thief, scared by the trucker, hands over the stolen phone back to the truck driver. Check out the full video of the incident below:

What do you have to say about this brave attempt of the truck driver to get his phone back? Let us know your views with us through the comments section below.