Citizens of Pune will have all the information about traffic in their city, at their fingertips and in their pockets. The  Pune city traffic police department launched a real time traffic app for android phones. Pune Police Commissioner Satish Mathur officially declared, the facility will be available to citizens, once they download a special code for the app. 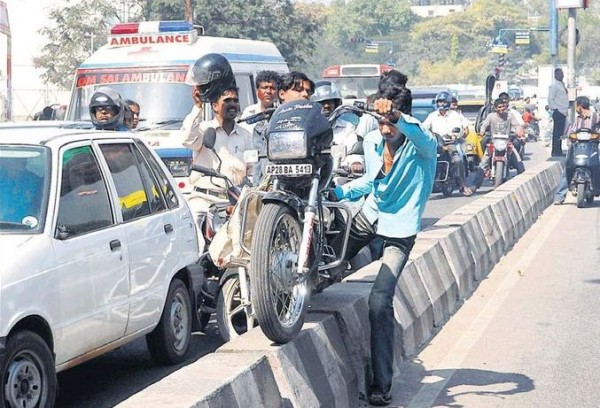 The new app can help citizens take picture of traffic violators, get alerts on traffic jams, complain against errant autorickshaws and get instant updates on traffic jams during emergencies.The app provides the user an opportunity to suggest an idea, give feedback and register a complaint. It will be connected to a GPS enabled server that can provide the co-ordinates of a stolen two or four wheeler and even guide a commuter for navigation. While launching the app, Pune Police Commissioner Satish Mathur, said, “Citizens should use the app to increase their awareness about traffic rules and situation in Pune. Parents seems to be least concerned about safety measures after they buy bikes for their kids and their attitude needs to change.” Mathur further said that the citizens had become habitual offenders of traffic rules and that they should be awarded with ‘Padmabhushan’ for breaking the law for a number of times. He further advised that the people should be ashamed of traffic violations and must learn to respect traffic rules.