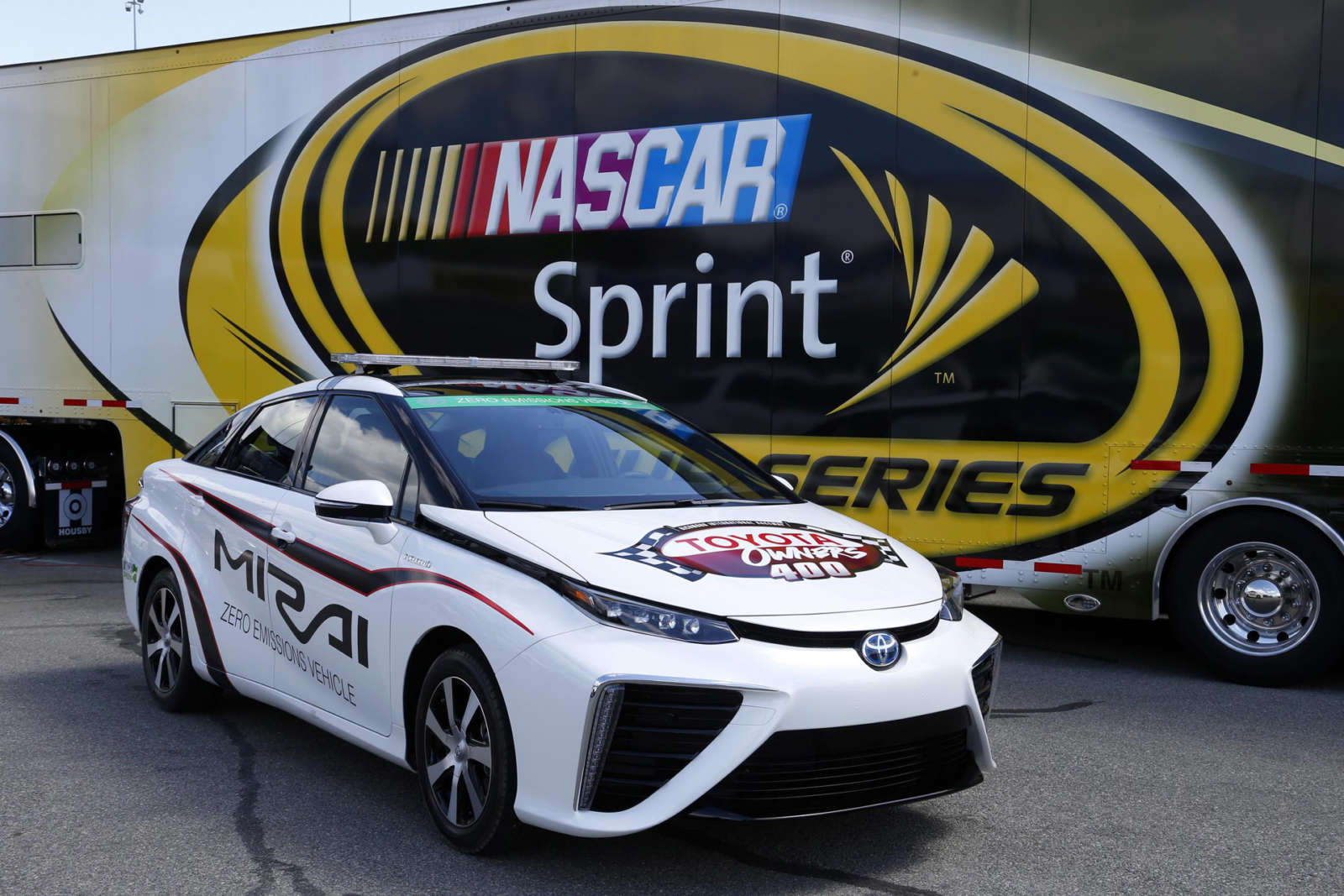 NASCAR may be notorious for its fuel-guzzling race cars, but its pace car this last weekend is a lot kinder to the environment. A 2016 Toyota Mirai became the first hydrogen fuel-cell vehicle to serve as a pace car for an event by the American racing body. This was another NASCAR first for Toyota, as in 2009 the first hybrid vehicle to act as a pace car was a Camry Hybrid.

Outfitted with a light bar and a special livery, the Mirai was tested prior to the event to prove it had the performance required to lead the 43-car field. NASCAR didn’t reveal what their requirements for a pace car are, but they can’t be too stringent for a car that only needs to drive slowly for one lap around a track. Either way, the Mirai was approved for pace car duties the day before the race. As a hydrogen-powered car, the Mirai has very little in common with the loud V-8 racecars of NASCAR. Petrol-powered performance vehicles and a quiet, eco-friendly car are not exactly a match made in heaven. 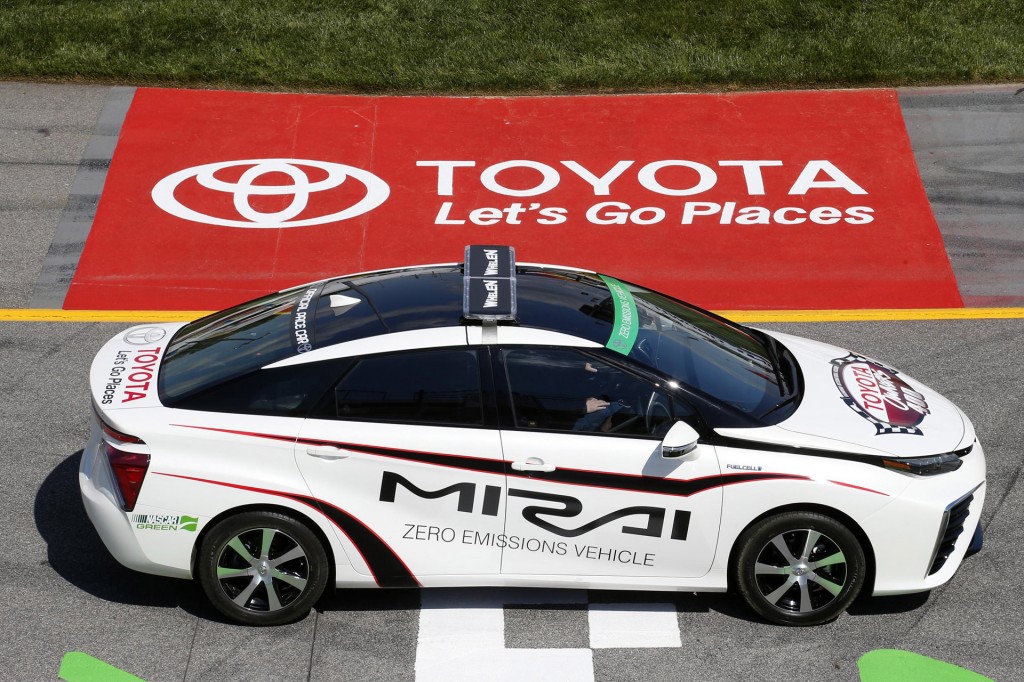 “Bringing the Mirai to Richmond to pace this important race is another way for Toyota to showcase our innovation and environmental leadership,” Ed Laukes, company vice president of marketing, performance, and guest experience, said.

This is largely a publicity stunt to build up hype for the Mirai’s Californian launch later this year, but it shows that hydrogen cars have the performance needed to keep up with stock cars during yellow flags. The real challenge will be getting the actual competitors to go green. While there have been hydrogen-fueled race cars before, the odds are that NASCAR and its fans aren’t eager to abandon roaring V8s any time soon.