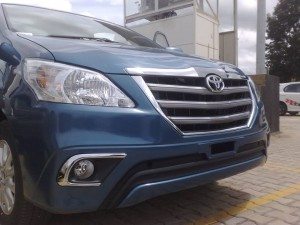 We reported in detail when it emerged that Toyota Kirloskar Motor, the Indian subsidiary of the car maker, intends to launch the Innova facelift within next 15-20 days. Now, it has emerged that several TKM dealerships across the country have received the first batch of updated Innovas and bookings for the vehicle can officially commence anytime now.

The Innova facelift would be launched with a new flagship variant which would be dubbed as the ‘Z’. This variant could have a price tag of around INR 17.5 lakhs and would come with a new infotainment system and some more bells and whistles over the V variant.

The rest of the variants too could get some new features and a small hike in prices,

It may be noted that the current generation of Innova has been on sale since almost a decade now and the next gen model is still sometime away from making its public debut. Hence, it is only logical for Toyota to come up with a facelift and keep the buzz around its highly successful MPV. 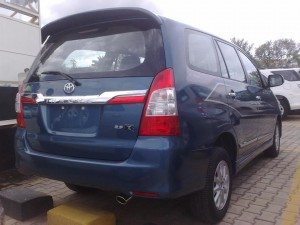 The Innova facelift sports a refreshed front and rear fascia, with the car getting a really big front grille with dallops of chrome garnishing, a new front bumper, a bigger rear number plate housing, a pair of reflectors positioned on the fifth door and a revised rear bumper.

Toyota Kirloskar Motor hasn’t yet revealed the Toyota Innova facelift launch date but safely expect us to update you all as soon as the official announcement is made.