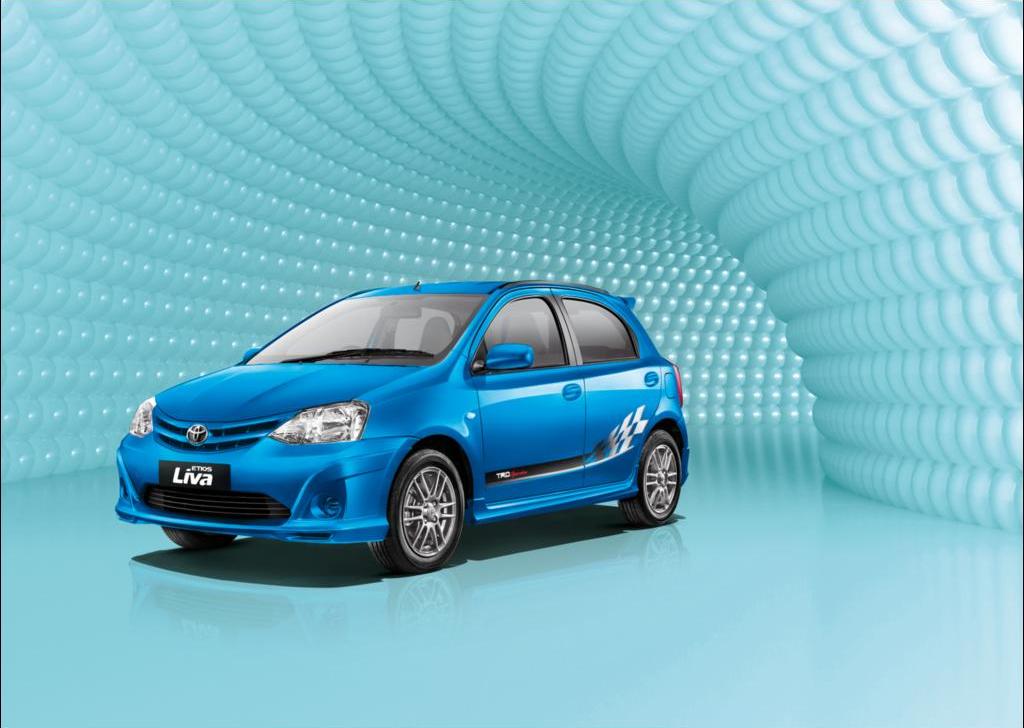 This should come across as  a good news for you if you have always been of an opinion that the Toyota Etios Liva has a potential of becoming a really hot hatch. It is being said that Toyota Kirloskar Motors, the Indian subsidiary of Japanese auto giant Toyota, is close to giving the Etios Liva some serious performance upgrade by plonking in a 90PS, 132Nm, 1.5 Litres, petrol engine under the Liva’s hood. This is the same engine that does duty in the petrol variants of Etios sedan. Complementing the higher power will be a re-tuned suspension, bigger brakes and bigger wheels.

Cosmetic updates to differentiate the Liva 1.5 petrol from the ‘lesser’ siblings will be slightly revised bumpers, lights and front grille. It may be noted that the TRD Sportivo body kit of the Fortuner SUV, which was earlier marketed as a ‘limited edition’, was later made standard on the high selling SUV and a similar treatment might be dished out to the Liva 1.5. This means that the hot hatch will sport the Etios TRD Sportivo body kit as standard feature.

On the insides, the car will get adjustable headrests as opposed to fixed headrests on current car. Other changes include a new trim and new colour shades.

Safely expect the Toyota Etios Liva 1.5 Petrol hatchback to be launched after the commencement of the new fiscal year.