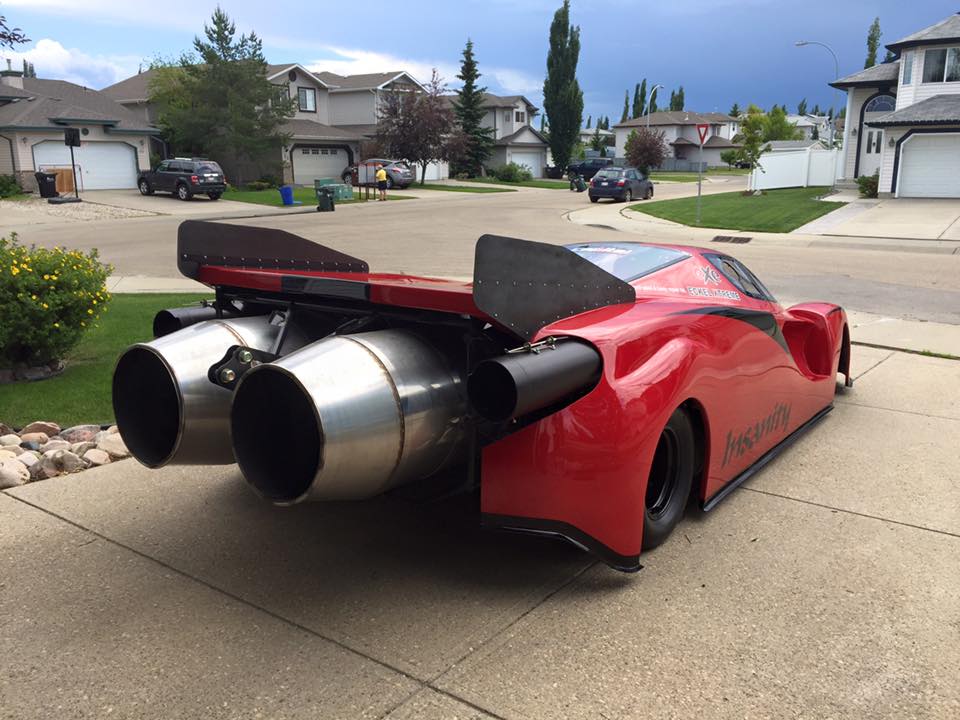 We’ve heard of a number of stories regarding what goes into building a project car. People have gone to extreme lengths in order to build their dream machines. This project though, is a notch higher to say the least, if not a few more. The Enzo ferrari isn’t a slow car by any stretch of the imagination, as you’d struggle to find machines that could go faster than the famed model. It seems someone wasn’t satisfied, and went on to outfit it with two jet engines.

Ryan McQueen, a Canadian citizen took his project car to a whole new level and now owns what is believed to be the worlds only twin jet powered supercar that resembles a Ferrari Enzo . After 12 years of hard-work, McQueen finally saw his ‘Insanity’ become a reality. Why christen it Insanity you ask? Packed with 14,000 pounds (or 62275 Newton) of thrust, this engine can guzzle 400 litres of fuel in less than two minutes. What does this translate into though? Speeds of 650 kmph in theory. 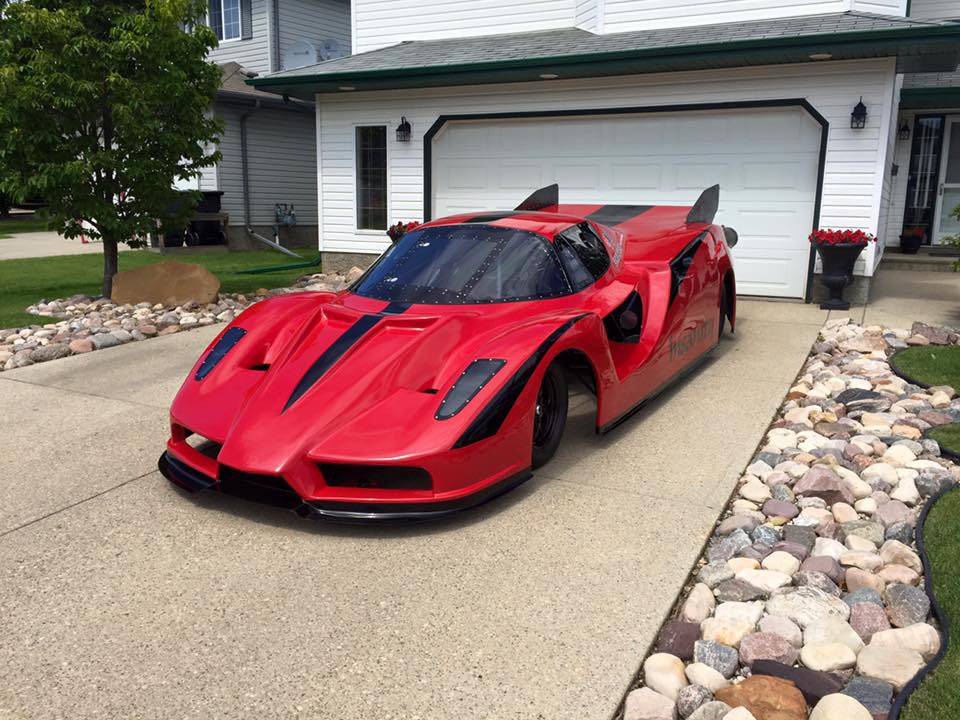 McQueen had his own hardships to overcome nonetheless. With no prior training, the passionate owner learnt everything on his own, beginning with how to use a welding machine. Another problem that most projects face would be a cash crunch. McQueen was no different. Such was the dream to complete the project car that he eventually sold off his Chevrolet Corvette in order to place a successful bid for the Rolls-Royce jet engines. The total price of the build went in the range of 90,000 Canadian dollars.

Don’t forget the period of 12 years that he spent to create the vehicle down-up from scratch, in his very own garage! Of the aforementioned period, seven years went towards fabricating the chassis and bodywork alone. Now, with the model being ready, when is McQueen heading for the track? Not so soon, as the model is yet to pass its safety inspection. Once complete, an eagerly awaiting McQueen would be jumping in excitement to hit the ignition on ‘Insanity’. Expect us to get you a video of the car as soon as it starts rolling.

Following is an image gallery for Insanity: