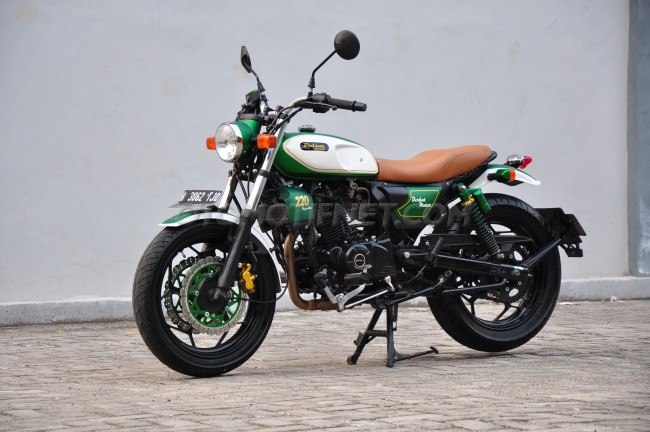 If it weren’t for the original article on otomotifnet, we probably would have had a tough time figuring out the donor motorcycle for this fabulous mod-job. This retro-looking motorcycle comes from Rudy Gunawan of Indonesia who took a sporty Bajaj Pulsar 220F and turned it into this retro-styled ride. 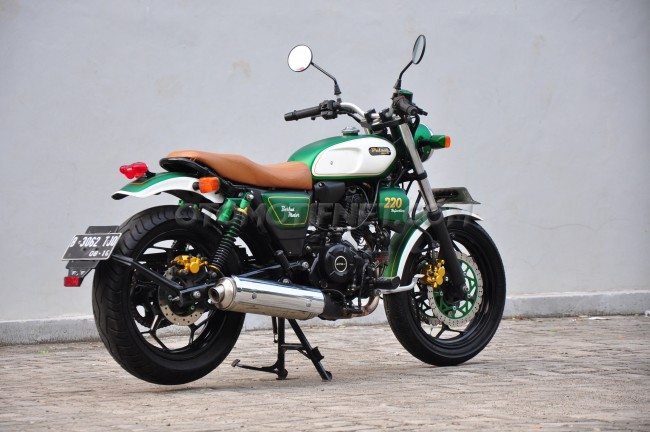 Cosmetically, the motorcycle has received a complete overhaul. The front-fairing has been completely removed, along with the projector headlight and the space is now occupied by a conventional illumination unit that has been taken from a Honda Monkey. The motorcycle also borrows its speedometer from the Honda. The keyhole has been moved near the engine, right above the oil-cooler radiator. The muscular fuel tank is thrown out of the window (metaphorically) and the motorcycle is now replaced with a unit borrowed from Yamaha L2G, further customised using fiberglass. The exhaust is retained from the original motorcycle but is now slightly shorter and flatter, bringing it closer to the centre than the stock position. 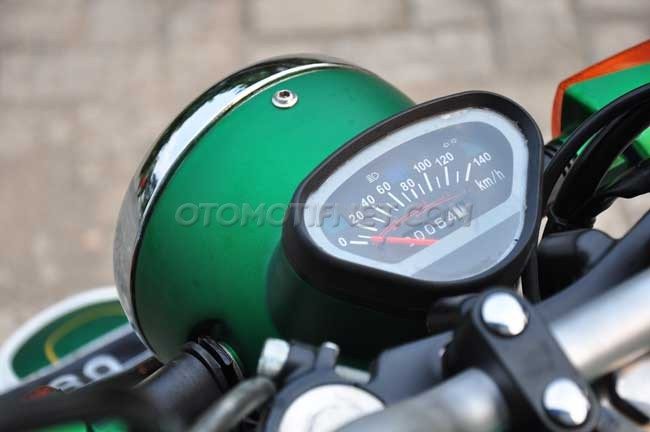 A Bajaj Pulsar 180 handlebar replaces the stock clip-on which now offers an upright riding position. The footpegs too have been moved forward for relaxed ergonomics. The contrasting single piece seat replaces the split-seat setup, adding to the retro look of the motorcycle. The rear part of the chassis too has been modified to offer a flatter seat and the old-school U-shaped pillion grab bar. 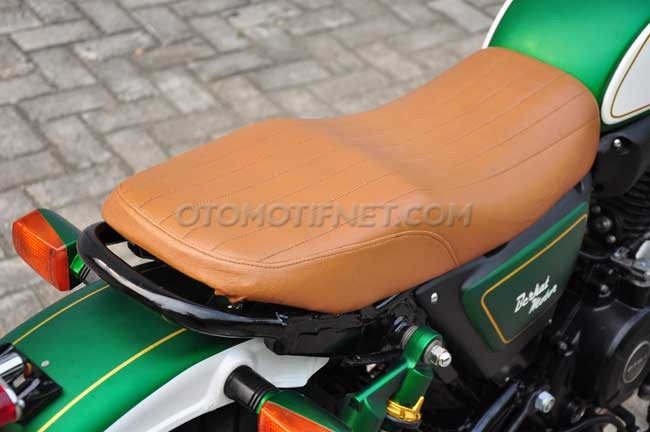 The custom motorcycle rides on a pair of Bridgestone Battlax BT45 tyres, wrapped around Kawasaki Ninja 250’s rims. The fit and finish seems pretty well-done in the images while green/white the paint-job and the contrasting coloured seat is a neat, retro-styled combination. There is no word about any mechanical updates and we expect the output figures to be same as on the stock motorcycle. 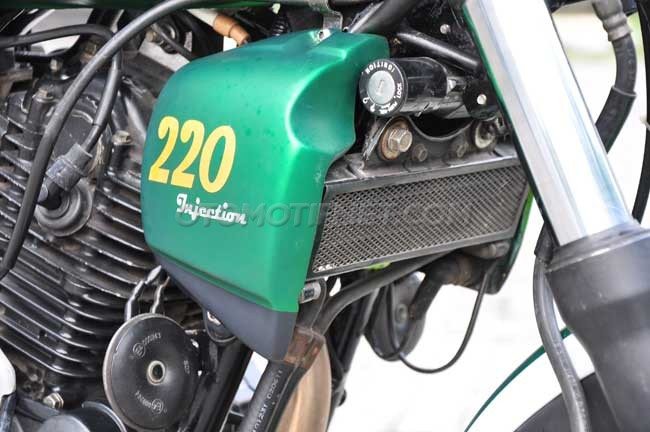 Here are some more images of the customised Bajaj Pulsar 220F courtesy otomotifnet. Do let us know your views about the motorcycle through the comments section below.