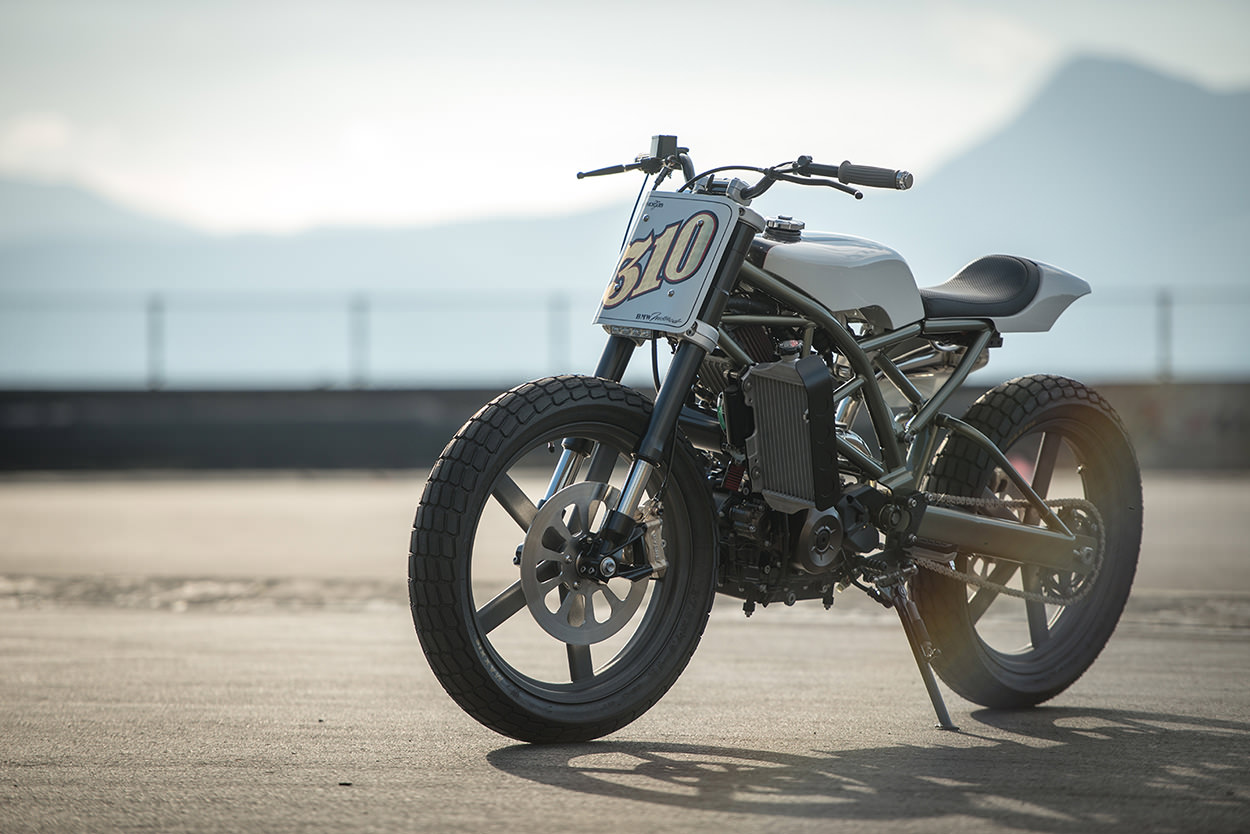 While it would be tough for some of you to believe, the flat tracker you see in these images is the India bound BMW G310R underneath. The 313cc single cylinder bike, built by TVS in India has gotten itself completely transformed in Far East. This fantastic machine is the handiwork of Takashi Nihira, who has created more such stunning pieces of work at his Tokyo workshop called Wedge.

Nihira-san has a lot of customizing experience under his belt thanks to his earlier jobs as a mechanic, painter and a metal shaper, before starting Wedge. Nihira-san was asked to create this custom job straight off by BMW Motorrad Japan. And he wasn’t told specifically as to what he needed to create. This meant a lot of freedom, and of course, a lot of pressure. 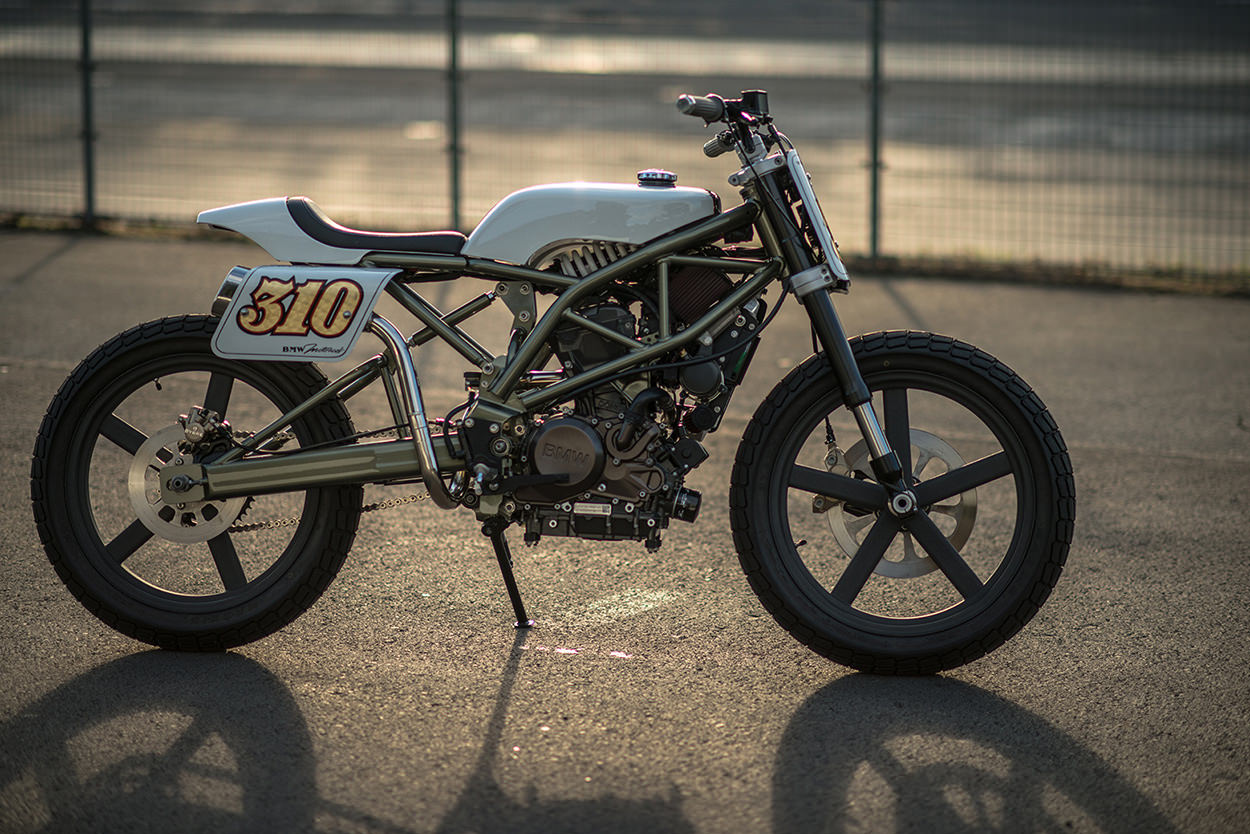 “I felt a different kind of pressure,” Takashi says. “Usually an owner exists. To a certain degree, I know the direction of the custom bike based on the owner’s tastes and riding style. But this was difficult because I had too much freedom.”

Nihira-san’s impression of the G 310 R was that of a standard on-road bike with 17-inch wheels, so he wanted to customize the bike in a different direction. The tracker style, according to him was his first choice, because riders are able to ride this type of bike more freely. In his mind, he imagined a custom bike “that could be ridden in the city, a bike that could be used for daily use, and at times for touring.”

In a bid to leave a good amount of the G310R’s character intact, Nihira san decided against recreating the frame entirely. So he created a new sub-frame along with a new swing arm and suspension setup. And he made sure that everything looked as well-finished as it does on a premium motorcycle that rolls out from the BMW Motorrad factory. 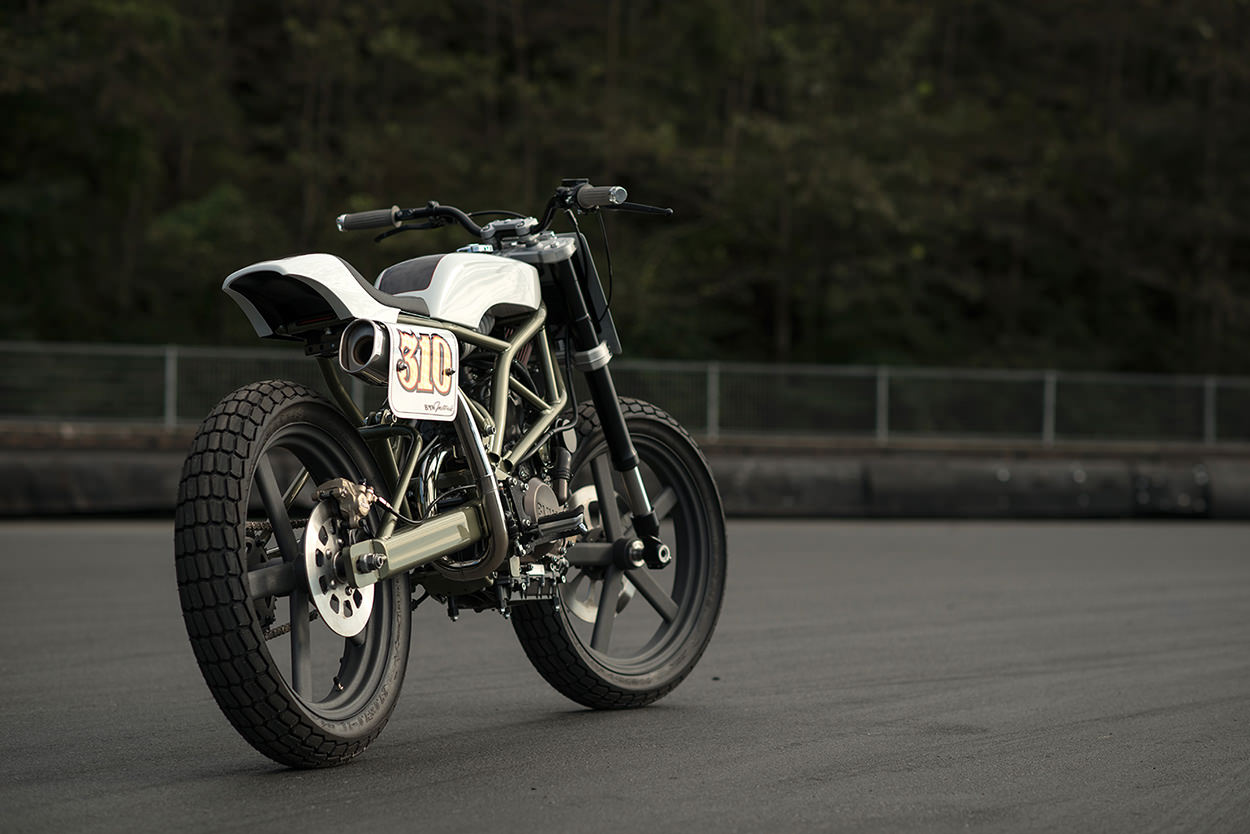 A radical design element is the monoshock, which has been repositioned under the fuel tank, though it still utilizes the original linkages. A whole array of items had to be created from the scratch using aluminium. The exhaust system, which is a fully custom job, is a stainless steel unit that curls around the swing-arm and is positioned high on the right hand side.

The brake callipers and the USD forks are stock. However, the stock 17-inch wheels have been replaced by 19-inch 5 spoke steel wheels shod with on-off road tyres, and also feature custom brake rotors.

“I have never customized a bike with a front air intake device, rear exhaust and backwards-tilting cylinder engine,” says Takashi, “but this made me even more interested to take on the challenge.” 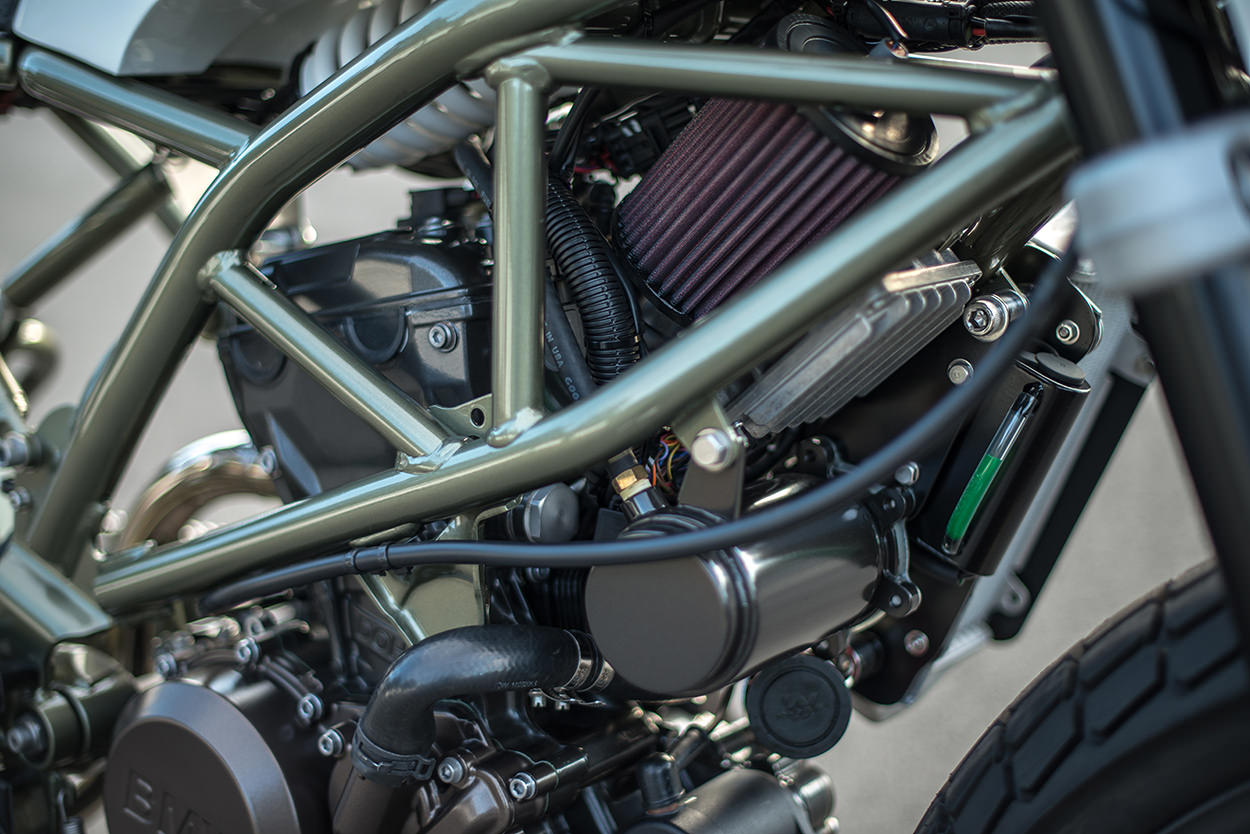 Having shuffled stuff around so much meant that some other things had to be moved around to make space. So out went the airbox, to get replaced by a K&N unit. The big battery has been replaced by a smaller Shorai make. The under tank monoshock meant that there was no space to store fuel in that tank anymore, so the fuel storage was moved to a place under the filter.

The radiator has been replaced with a new unit too and is now mounted offset with a TrailTech cooling fan kit. The handlebars are modified with mini switches and bar-end turn signals. The stock instrument cluster is junked in favour of a tiny LED speedo from Motogadget. The motorcycle also gets custom LED lights both and back.

The bike, once transformed in metal, was painted in a olive green for the frame, and white and black for the bodywork.

It took Nihira-san two and a half months to make this beauty show-ready, and we would say he has created a real stunner. Check out an image gallery of the beauty below. Click on the thumbnails to expand and browse. Do share with your friends who would appreciate this astonishing fruit which took months of labour.