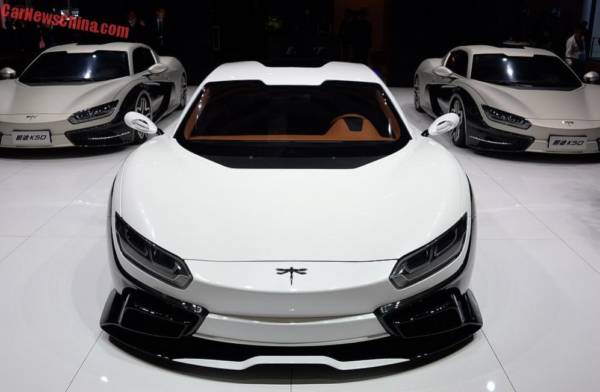 Apart from the usual local oddities and knock-offs, floors of the ongoing Shanghai Auto Show are hosting contemporary automotive brilliance. And no, the exclamation mark in the title isn’t a typo, the Qiantu K50 Event’s nomenclature actually ends with a “!” – which makes us wonder whether to place it in the local oddity section or in the brilliance section. It’ll have to stay put in the middle for now, but initial impressions say -‘Nice try’. 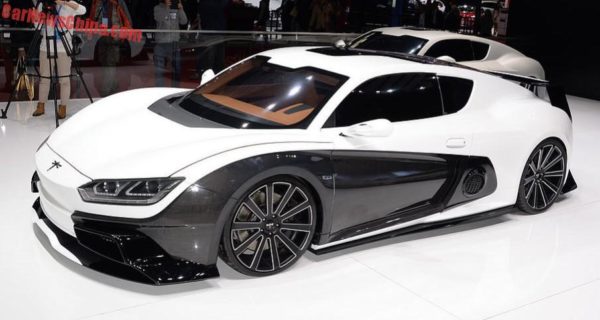 The car you see in these pictures happens to be China’s first home-grown electric super-car, and it debuted earlier today at the show. The Qiantu K50 Event! will be see a Chinese launch happen in 2016, with speculative prices hovering around the $113,000 mark, which is about the same price a Tesla Model S changes hands for in China. 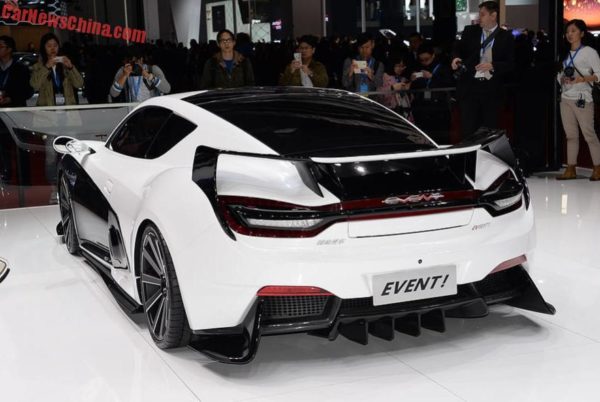 The Qiantu K50 Event! is based on the CH Auto Event concept that debuted last year on the Beijing Auto Show. Production was confirmed in October last year. The company responsible for manufacturing the cars is called Qiantu Qiche (CH Auto , a major Chinese automotive design & development company, is the largest shareholder of Qiantu Qiche), which literally translates as ‘Future Auto’. 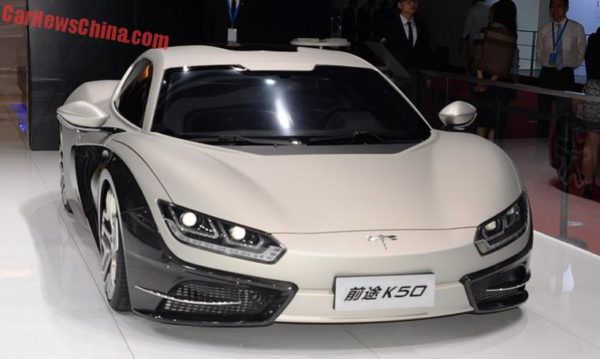 The Qiantu K50 Event! is powered by an electric motor which outputs 400 hp and 650 Nm of torque, sending power to the rear wheels. 100 km/h from a standstill is dispatched in a claimed 5 seconds, while range stands at 200 kms on a full dollop of charge, which takes about 6 hours. The lithium-ion battery is rated at 41.1 kWh, while the Event! tips the scales at 1685 Kgs. 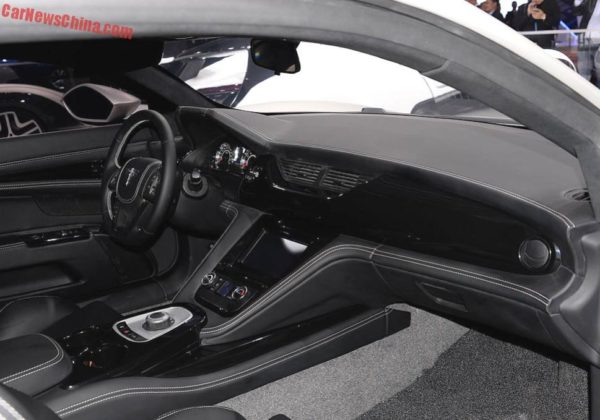 Qiantu has three cars on show: a go-faster, sportier variant with a host of wings and aero upgrades, apart from a couple of standard cars that look pretty much like last year’s concept. The interiors are a bit old-school for a super-car powered by electrons, what with its analogue instrumentation, all-black theme and an archaic LCD screen in the center console.