Home News The new Nissan Terrano is here! Catch it LIVE on Motoroids 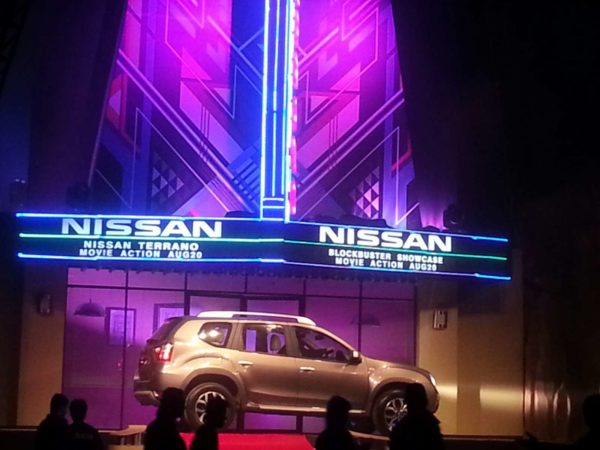 The much publicized Nissan Terrano has finally been unveiled and what we have here is the LIVE streaming of the event.

The Terrano will be seen battling with the Renault Duster, its donor vehicle, and the Ford EcoSport to cash in on the ever growing demand for compact crossovers in Indian car market. 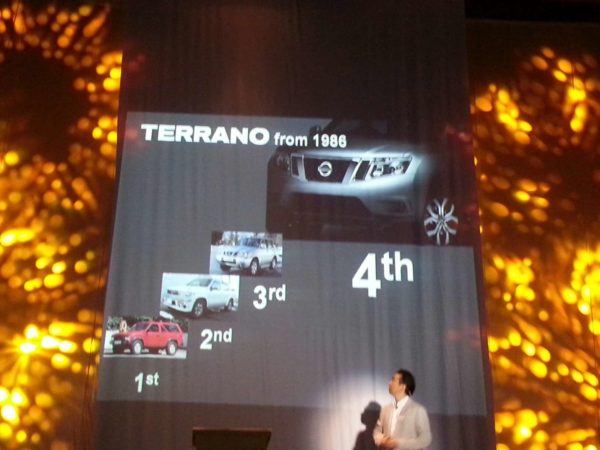 It certainly is the first time that Nissan has used the Duster to give birth to its own SUV but the Terrano nameplate is now four generations old and the earlier Terrano was also sold as the Ford Maverick in some markets.

The Nissan Terrano will be produced at Nissan India’s Chennai facility and while the car is essentially a re-badged Duster, the Terrano will not look exactly similar to its donor car. 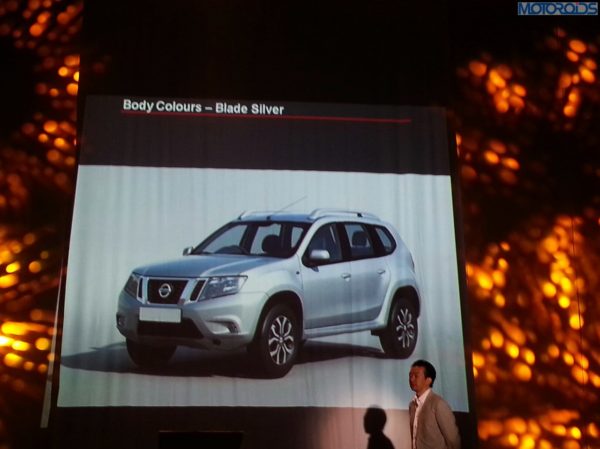 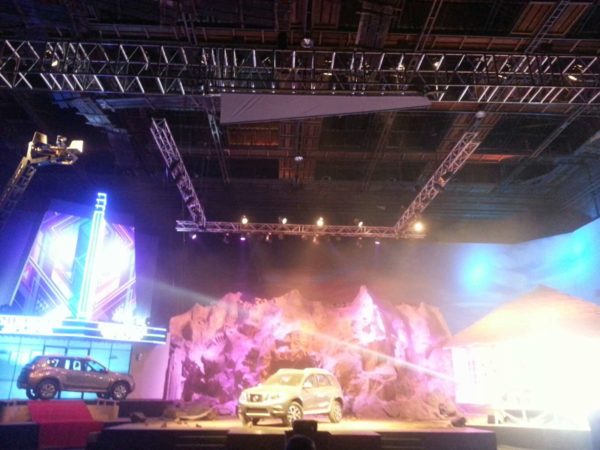 The Terrano’s front end looks unlike that of the Duster and stays true to the official design sketch that Nissan published earlier. The Terrano’s front fascia will consist of a new bumper, revised headlights and a new front grille. 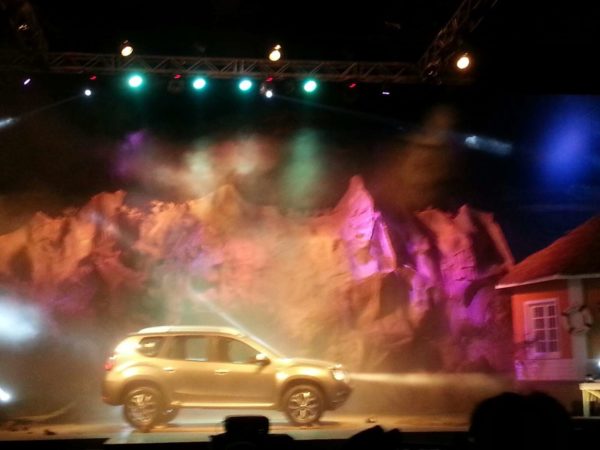 The car also gets some changes made to the sheet metal on its sides. The Terrano’s sides will boast of a straight crease in the lower half of body, unlike the Duster, which has an inverted-U like crease. Also, the car gets different looking alloy wheels, slightly different roof rails and blacked out B Pillars. 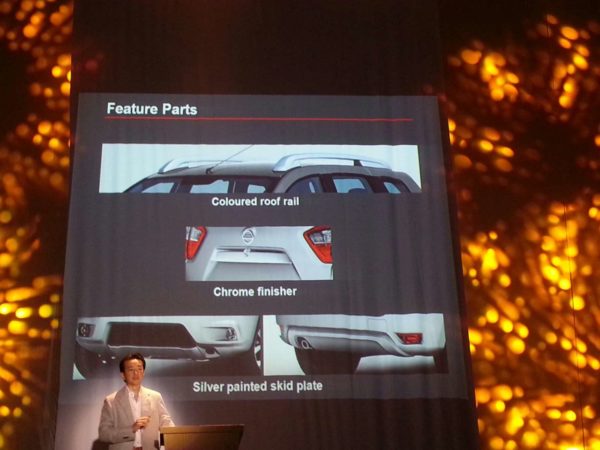 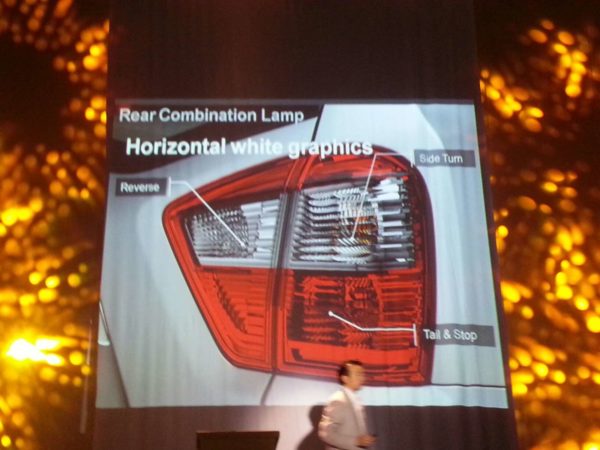 At the rear, the Terrano gets a completely revised tailgate, a new rear bumper and a new set of tail lamps. 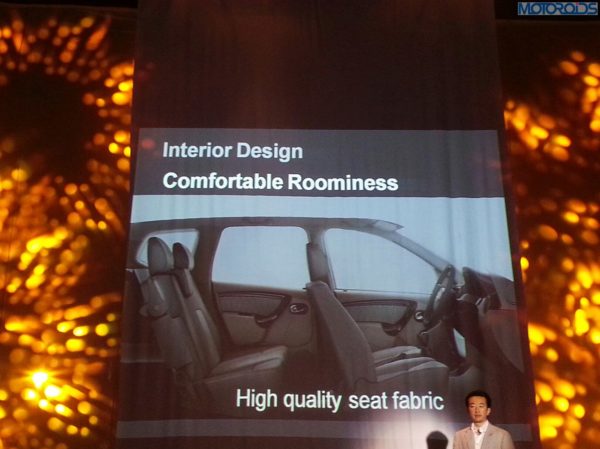 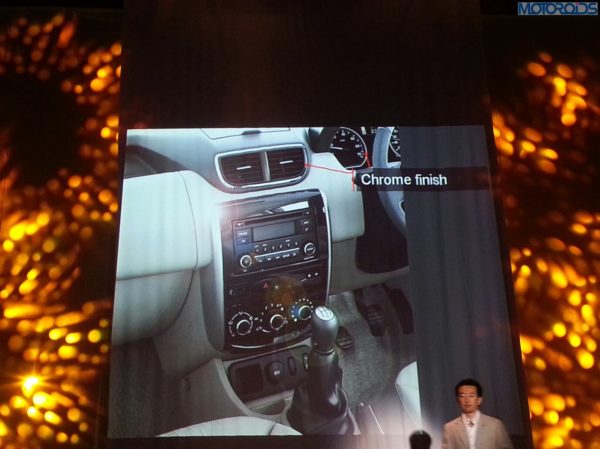 The car also gets revised interiors, which get different faux wood inserts, rectangular air vents at the centre of dashboard, a revised instrument binnacle and a new steering wheel. The car also seems to have got a different audio system interface.

Speaking about the styling of the Nissan Terrano, CEO and President of Nissan Motor India Pvt. Ltd, Kenichiro Yomura, has previously commented, “You can see from the sketch that Terrano has a bold and distinctive design that I am confident will appeal to our growing customer base in India, as will its driving performance and range of other features that will be revealed at a later date.”

Stay tuned for more details on the new 2014 Nissan Terrano