Teasers of the much awaited KTM Duke 390 have been posted on the KTM India Facebook with a tagline that reads “Soon to be unleashed”. Till now ample speculations and in fact even insider news have been negated with the launch being pushed further…and further. To add, we’ve been seeing spy shots for quite some time now. But finally! 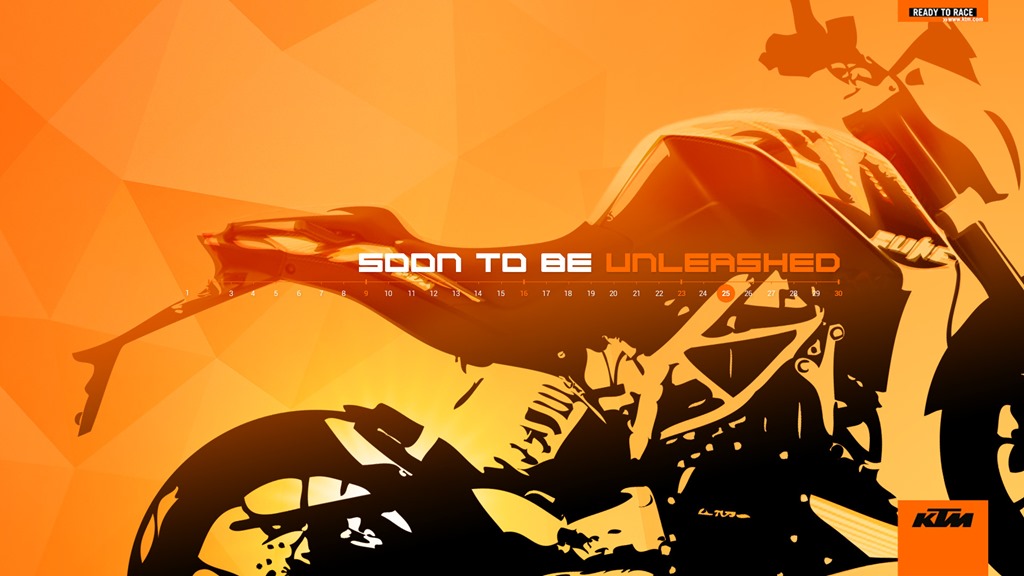 Though the dates haven’t been disclosed yet, but here’s a small hint- and it’s on the teaser itself. Spot the number 25 on the dateline highlighted in orange shade. Reading between the lines, it might hint at the probable launch date. We know a few of our readers who have already booked the Duke 390, though unofficially, and hopefully they should be with their priced possession very soon.

The hotly anticipated 375cc variant of the Duke is sure to open gates to a new segment of entry level performance bikes in our country. As we reported earlier, the bike would have a 0-100kmph timing of around 5-6 secs and would have a top whack of almost 160kmph. The KTM 390 Duke is also capable of hitting 130kmph in scant 10-11 secs. The upcoming 375cc Duke has a max power output of 44bhp and has a peak torque figure of 35Nm in a well sorted out handling package. The engine would be mated to a 6 speed manual transmission that is derived from the 200 Duke’s transmission but comes with different gear ratios. (Check out the full technical specs at the end of this page).

There are good chances that the India spec KTM 390 Duke will come factory fitted with Metzeler M5 Sportec tyres. These tyres should give the 390 Duke really nice grip, even in the wet conditions (it’s already pouring). It may be noted that Metzeler is the premium brand of Pirelli and is known as the makers of one of the best two wheeler tyres in the world. The Duke 390 will be seen sharing its crankcase castings with the Duke 200. The 390 Duke’s 375cc engine benefits from forged piston and a chrome plated cylinder. The KTM Duke 390 will come to us with ABS as standard. This ABS system is build by Bosch and can be switched on or off by the rider. Visually, the KTM 390 Duke will be almost identical to the 125cc and 200cc variants, with the only change being KTM Orange paint on the trellis frame, alloy wheels and different decals.