It was first revealed at the 2016 Auto Expo that the Africa Twin will be the second, large capacity Honda motorcycle after the CBR 650F to be assembled in India. Now, various reports in the media are hinting towards a July 2017 launch for the Adventure tourer. Expected to be assembled at Honda’s Manesar plant, the Africa twin will in all probability follow the CKD route so that prices remain competitive. The bike is rumored to be priced between Rs 13 lakh – 14 lakh. The launch, initially scheduled in 2016, was delayed due to an earthquake in Japan which happened in June last year. The tremors caused a delay in manufacturing of various components at Honda’s plant in Japan. 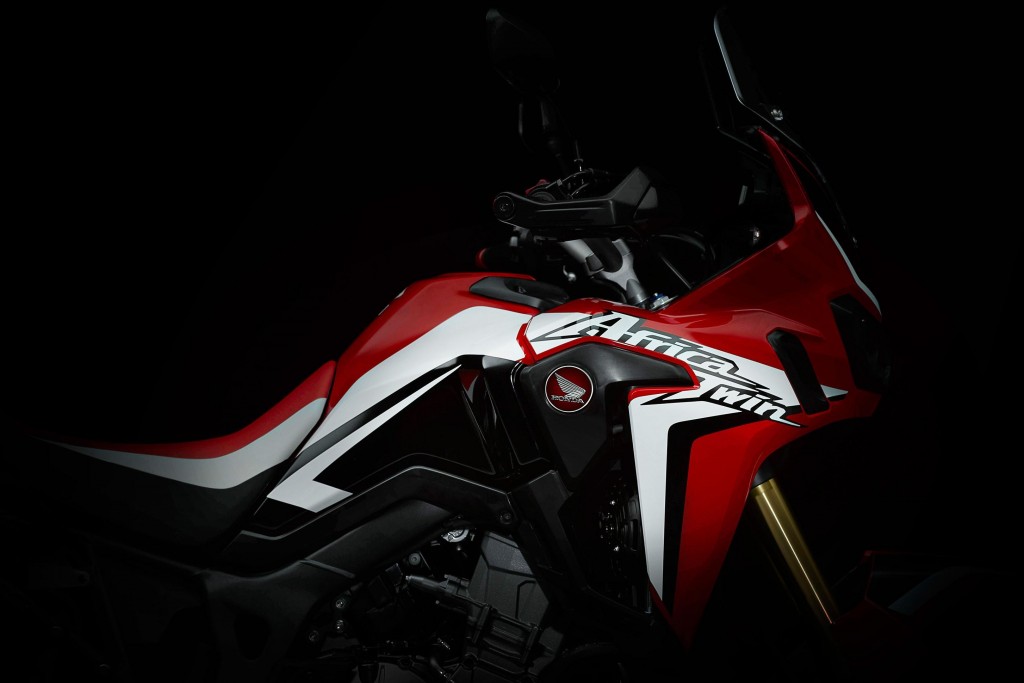 The assembled in India Honda Africa Twin CRF1000L will be propelled by a litre capacity parallel twin engine. The 998cc liquid-cooled 4-stroke Unicam 8-valve Parallel Twin with 270-degree crank motor is rated to deliver 94 hp of power and 98 Nm of torque and will come mated to either a six-speed DCT or manual transmission. However, there are rumors that the India spec model will only come with former. 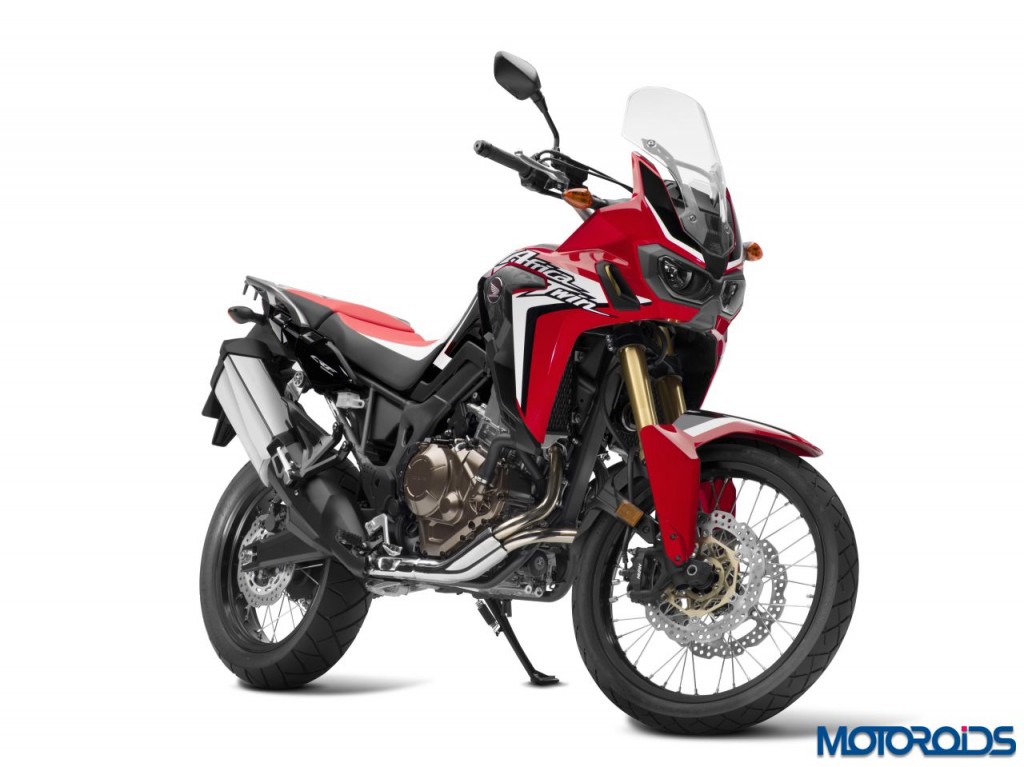 The DCT system gets a standard manual mode – allowing the rider to operate gear shifts through triggers on the left handlebar – and two automatic modes. D mode is claimed to offer the best balance of fuel economy and comfort cruising. S mode has now been revised to give extra levels of sports performance, with three different shift patterns to choose from: S1, S2 and S3. DCT for the CRF1000L Africa Twin is also equipped to operate in an adventure environment, with off-road functionality enhanced by the G switch positioned on the right side of the instrument panel. Pushing the G switch in any riding mode improves traction and machine by reducing the amount of clutch slip during gear changes. The system also comes with an DCT system an incline detection system, by means of which the gear shift pattern is adapted depending on the grade of any incline to provide optimum control. 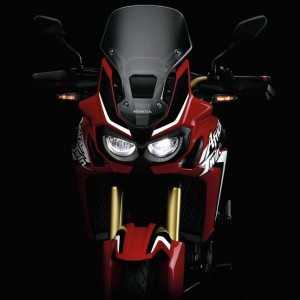 The Africa Twin gets an adjustable seat seat which adjusts 20mm to either 870mm or 850mm. A large18.8-litre fuel tank – coupled with the engine’s fuel efficiency – is said to provide a range of up to 400km.  A steel semi-double cradle frame is aimed to provide a balance of high-speed stability – also while fully loaded – matched to genuine off-road ability, agility and strength. Mass centralisation – with items like the battery packaged at the rear of the cylinder head – contributes to a low centre of gravity.  The long-travel Showa inverted forks are fully adjustable and feature dual radial-mount Nissin four-piston brake calipers and 310mm ‘wave’ style floating discs. The Showa rear shock has hydraulic spring preload adjustment. Like the CRF450R Rally, the CRF1000L Africa Twin uses 21/18-inch front rear spoked wheels, wearing 90/90-21 and 150/70-18 tyres. 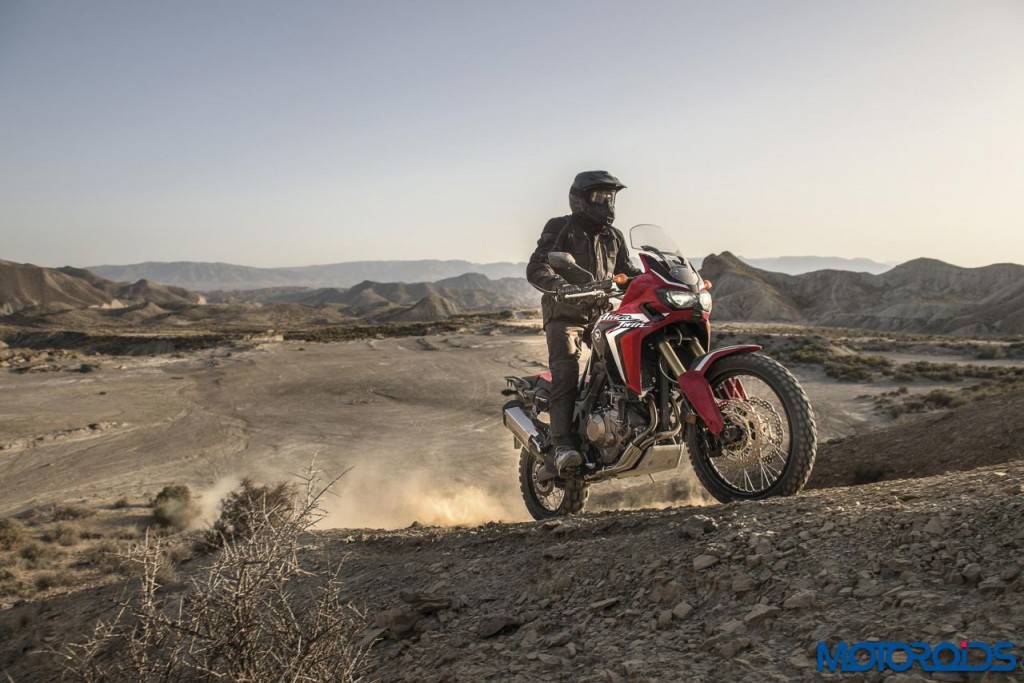 To tailor the overall electronics package to capably tackle any conditions on or off-road, the Honda Selectable Torque Control (HSTC)* system offers three levels of control, and it is possible for the rider to turn off the ABS* system for the rear wheel. Internationally, the bike is available in three colour options: CRF Rally, Tricolour and Black. In India, the Africa Twin will lock horns with the likes of the Triumph Tiger, Kawasaki Versys 1000 and the Ducati Multistrada.