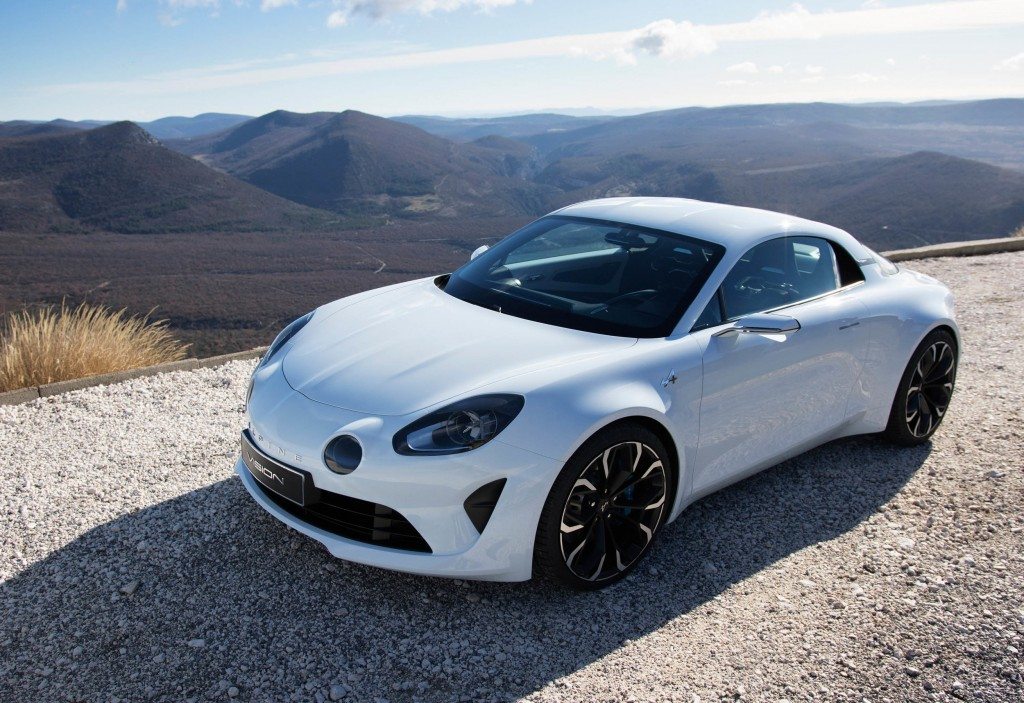 The Alpine Vision show car was unveiled by Groupe Renault the other day at the home of the world-famous Monte Carlo Rally and on the Col de Turini in Monaco, south of France. With design work heavily inspired by the Alpine A110 Berlinette, the Vision concept is powered by a new 4 cylinder turbocharged engine built Renault Sport. The show car’s low weight will allow the car to achieve 0 to 100 km/h in less than 4.5 seconds – the target for the future production model.

The future Alpine production model, due in 2017, will be made in Dieppe, France, and will take the fight to the new 718 Cayman by Porsche. Alpine will be managed by a small team within Groupe Renault. Michael van der Sande will lead as Alpine Managing Director, and Antony Villain will head Alpine design. Alpine will draw on the resources of Groupe Renault and Renault Sport. 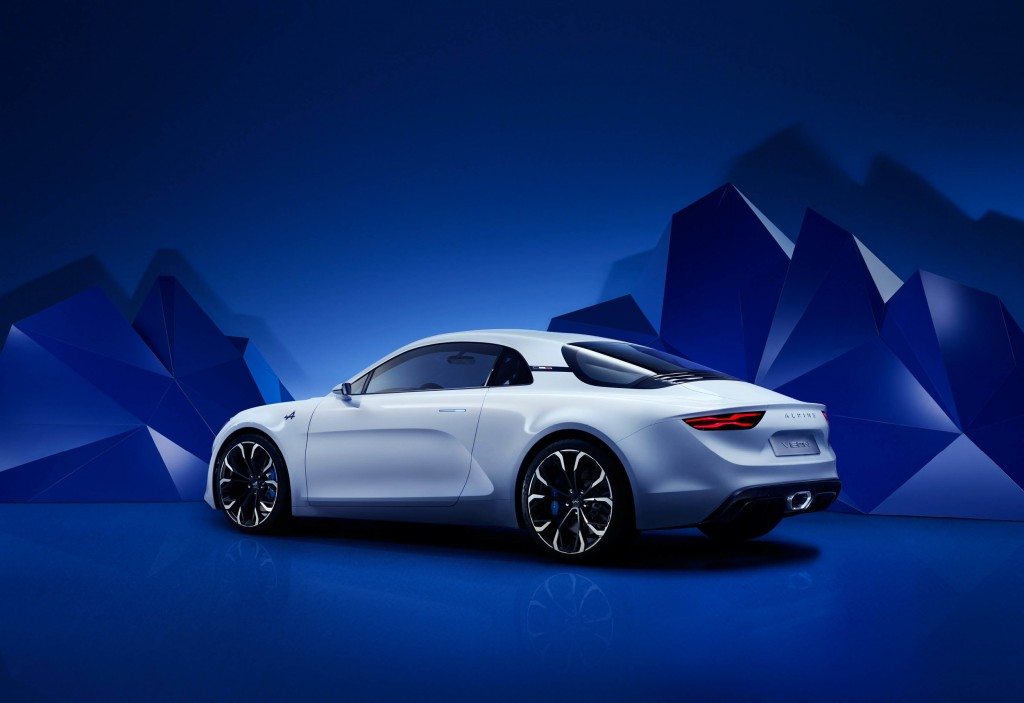 “Motorsports and sports cars are deeply rooted in the DNA of Groupe Renault,” said Carlos Ghosn, Groupe Renault Chairman and CEO. “Earlier this month we announced our return to Formula One with a Renault team, and today we are announcing Alpine. This is an exciting next step in our strategy to leverage talent and technology between road and track, and we look forward to reaching new customers in the sport premium cars segment.”

“All of us at Alpine are proud to have been entrusted with the task of bringing back Alpine to sports car lovers around the world”, said Michael van der Sande, Alpine Managing Director. “Our job is to faithfully re-interpret famous Alpines of the past and project Alpine into the future with a beautifully designed, agile, high-performance sports car. Our Alpine Vision show car is immediately recognizable as an Alpine yet resolutely modern. We look forward to revealing the production model later this year.”