An icon which has been reimagined for the 21st century, the 2020 Land Rover Defender has lifted its veil at the ongoing Frankfurt Motor Show. Teasing countless fans and worshippers with camouflaged images till now, the new Defender cuts an instantly recognisable appearance that features signature Defender elements including short front and rear overhangs. The new-generation Defender gets all the modern bells, whistles and everything that should make it regain its position as one of the World’s most capable off-road vehicles.

The new Defender is built upon Land Rover’s new purpose-engineered D7x (for extreme) architecture, which is based on a lightweight aluminium monocoque construction to create the stiffest body structure Land Rover has ever produced. It is three times stiffer than traditional body-on-frame designs, providing perfect foundations for the fully independent air or coil-sprung suspension and supports the latest electrified powertrains. It has been through more than 62,000 tests for an engineering sign-off, while the chassis and body architecture has been engineered to withstand Land Rover’s Extreme Event Test procedure – repeated and sustained impacts, above and beyond the normal standard for SUV and passenger cars. During development testing, prototype models have covered millions of kilometres across some of the harshest environments on earth. 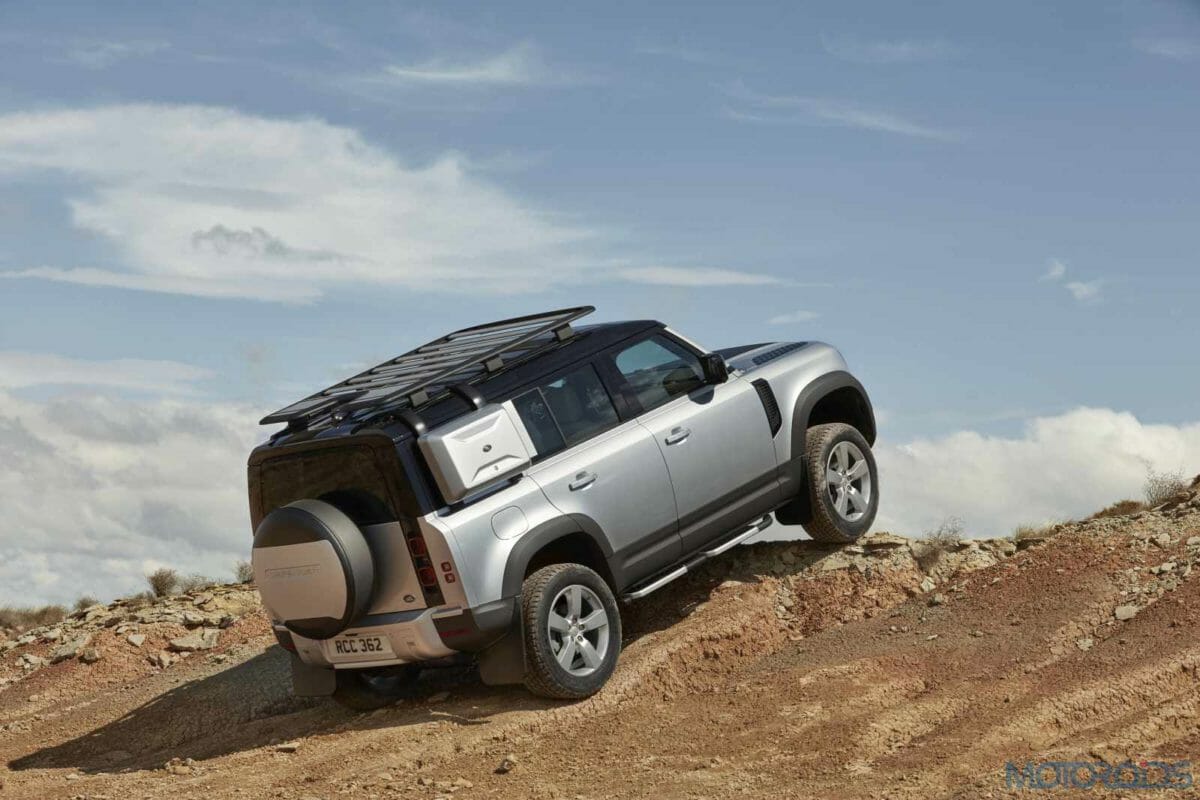 The new Defender will be available in 90 and 110 body designs, with up to six seats in the 90 and the option of five, six or 5+2 seating in the 110. The model range comprises Defender, First Edition and top of the range Defender X models, as well as standard, S, SE, HSE specification packs. Customers will be able to personalise their vehicle in more ways than any previous Land Rover with four Accessory Packs. The Explorer, Adventure, Country and Urban Packs each give Defender a distinct character with a specially selected range of enhancements. 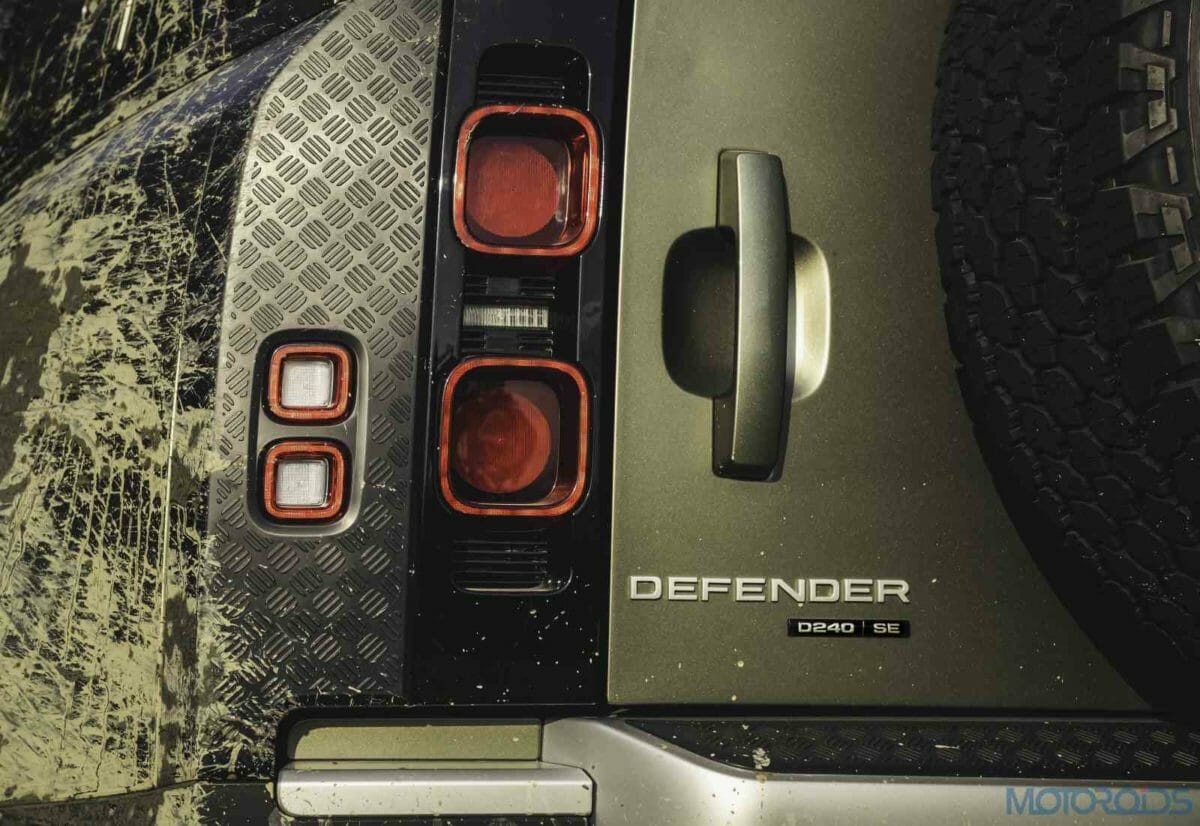 The exclusive First Edition model features a unique specification and will be available throughout the first year of production. In addition to the Accessory Packs, new Defender is available with the widest choice of individual accessories ever assembled for a new Land Rover, with everything from a Remote Control Electric Winch, Rooftop Tent and Inflatable Waterproof Awnings to more conventional tow bar systems and roof racks. 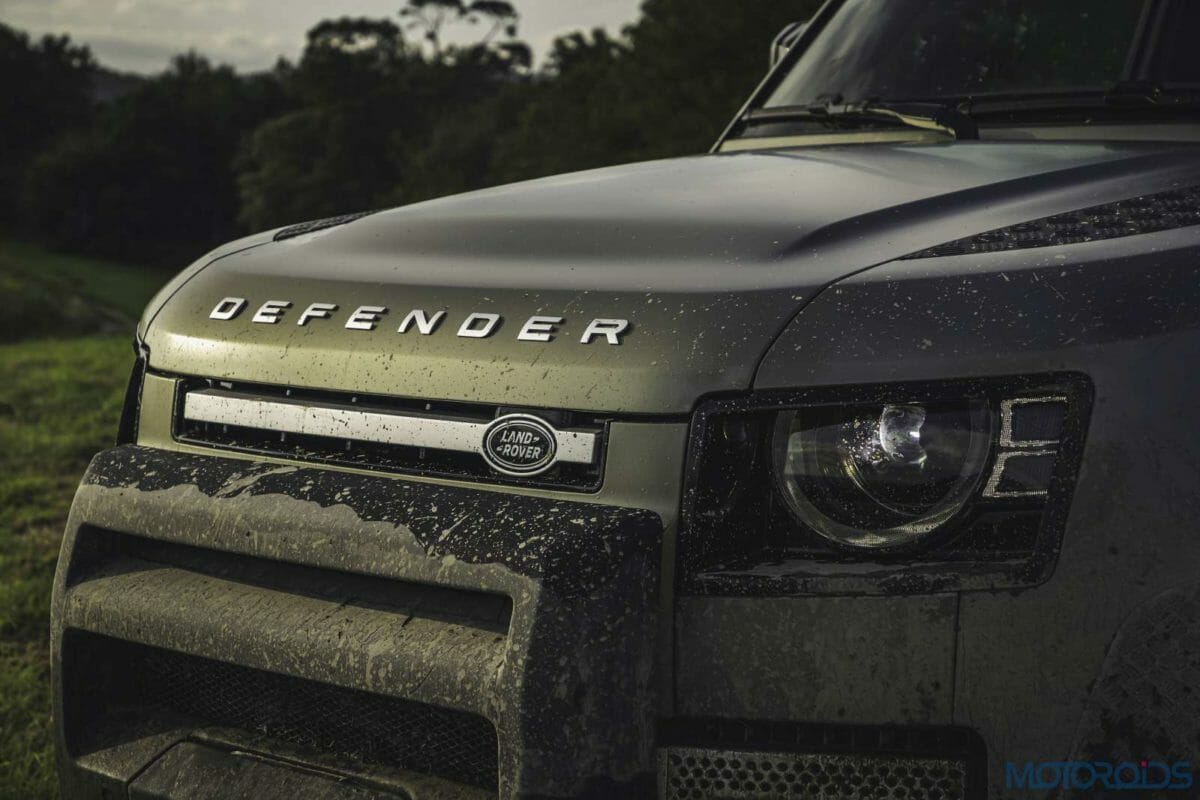 The stripped-back personality of the original Defender has been embraced, where structural elements and fixings which are usually hidden from view have been exposed, with the emphasis on simplicity and practicality. Innovative features include a dash-mounted gear shifter to accommodate an optional central front ‘jump’ seat, which provides three-abreast seating across the front like early Land Rovers. As a result, the Defender 110 offers five, six or 5+2 seating configurations, with a loadspace behind the second-row seats of up to 1075 l, and as much as 2380 l  when the second row is folded. 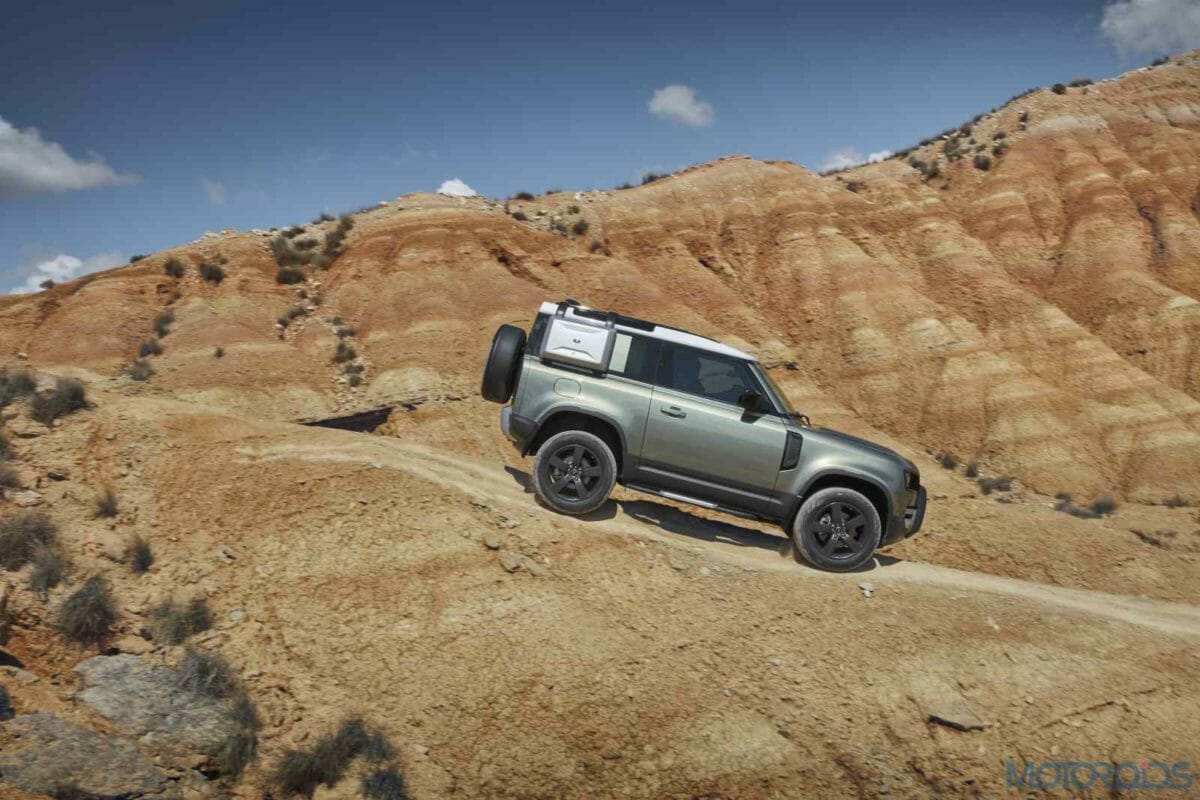 The Defender 90 will be able to accommodate six occupants in a vehicle the length of a compact family hatchback. User-friendly features include practical touches and advanced technological innovations. Durable rubberised flooring, an optional full-length Folding Fabric Roof provides an open-top feel. It also allows passengers in the second-row seats of the Defender 110 to stand up when parked to provide the full safari experience. 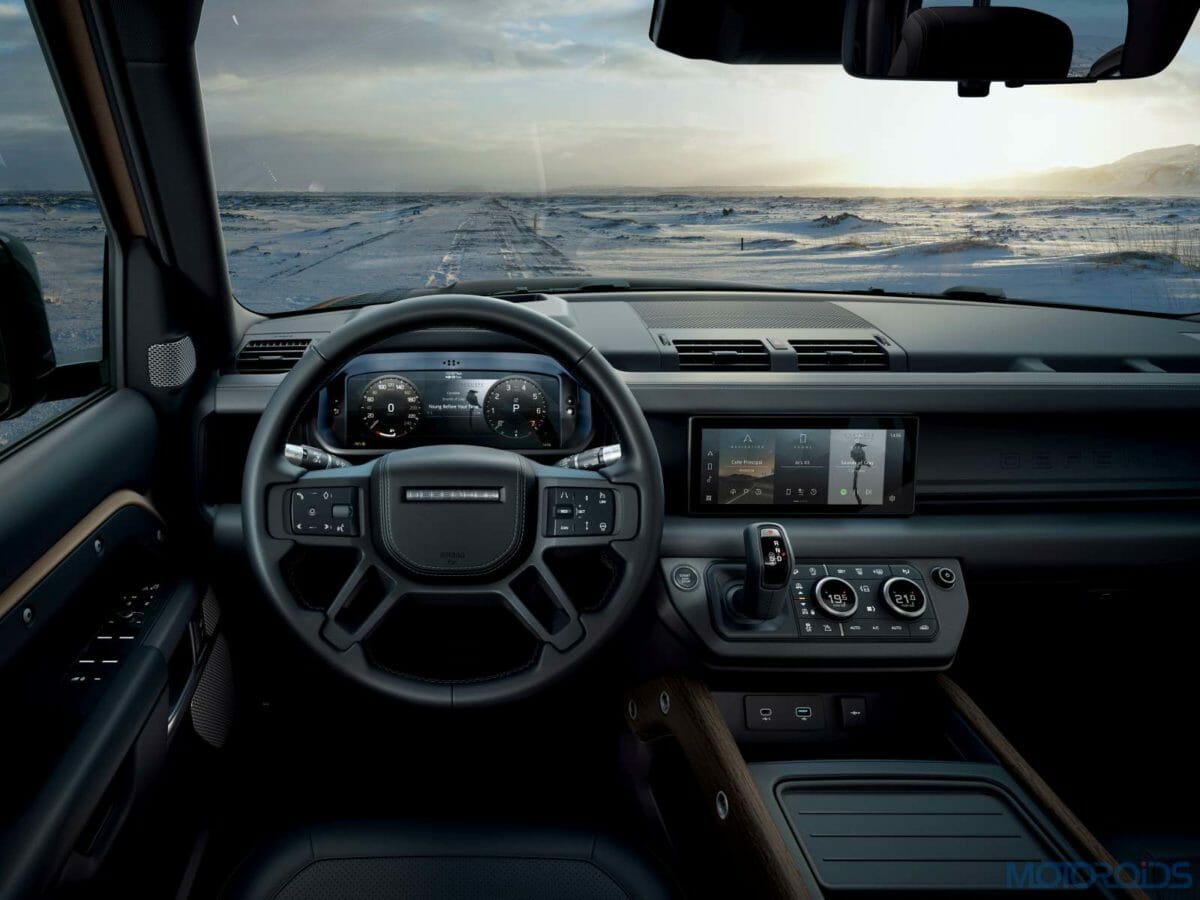 The drivetrain is a Permanent all-wheel-drive system which is paired with a twin-speed automatic gearbox, centre differential and optional Active Locking Rear Differential. Configurable Terrain Response debuts on new Defender and the new body architecture provides ground clearance of 291 mm, 110-degree approach, break-over and departure angles of 38, 28 and 40 degrees (Off-Road height) respectively. Its maximum wading depth of 900 mm is supported by a new Wade programme in the Terrain Response 2 system, which ensures drivers can ford deep water with complete confidence. On dry land, Land Rover’s advanced ClearSight Ground View technology shows the area usually hidden by the bonnet, directly ahead of the front wheels, on the central touchscreen. 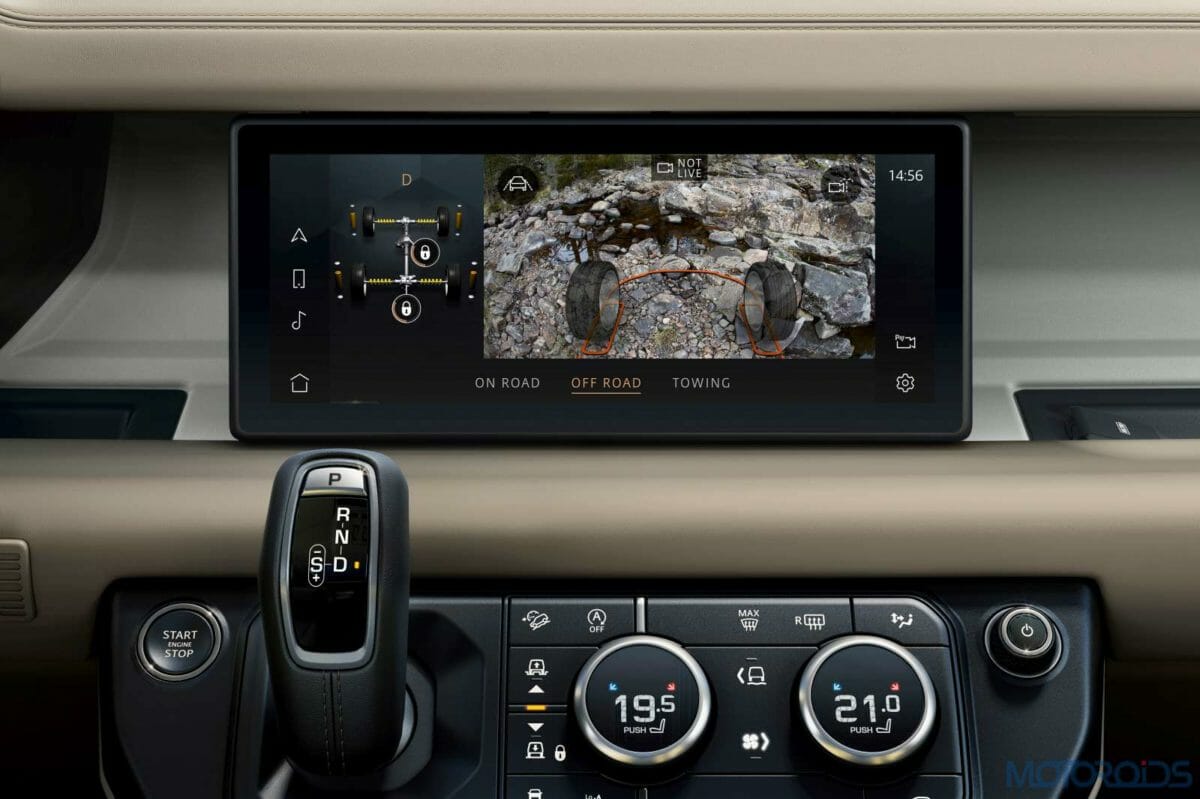 Powering the new Defender is a choice of petrol and cleaner diesel engines, while a Plug-in Hybrid Electric Vehicle (PHEV) powertrain will join the range next year. At launch, the petrol line-up comprises a four-cylinder P300 and a powerful six-cylinder P400, featuring efficient Mild Hybrid Electric Vehicle technology. Alternatively, customers can choose from a pair of four-cylinder diesel engines – the D200 and D240. 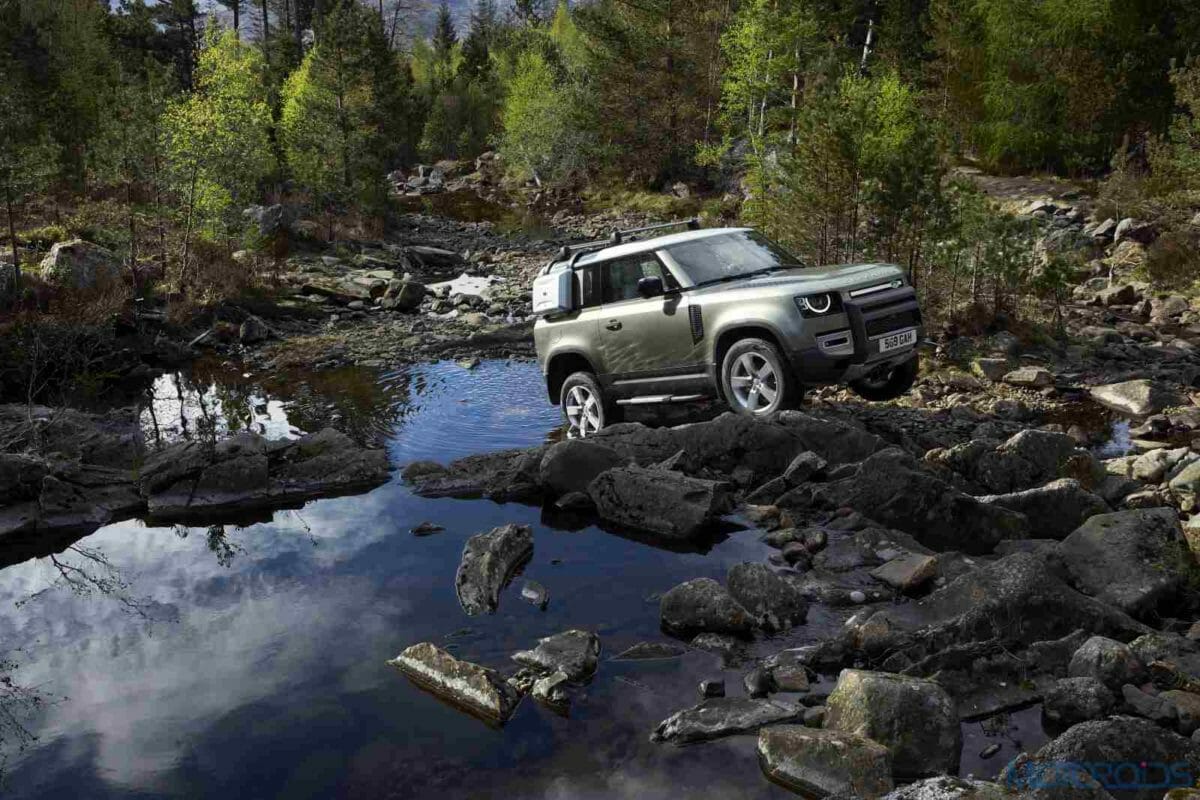