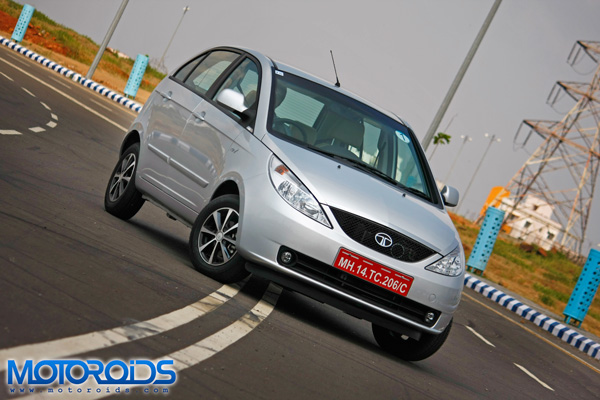 It’s been quite some time since the Indica vista was launched. Tata motors introduced the Vist 90 variant of the car some time ago with a 90bhp engine, but design and feature wise the Vista has remained largely unchanged. Now Tata Motors are planning to launch a facelifted and a bit more feature packed version of the Indica Vista. The launch is expected to come on the 22nd of August. The test mules of the face lift have been caught testing on a couple of occasions around Mumbai and Pune.

In its newest iteration, the Vista will get a new radiator grille, resembling that of the Indigo Manza. At the rear, the car now has a new black plate under the rear windscreen housing the Tata emblem. The tail lamp units are also slightly modified.

The overall shape of the car remains the same. We are quite sure that the new version won’t feature any mechanical changes. There may be some changes within the cabin, with an addition of a few extra features.  Expect the prices to remain unchanged as well.