The UK AutoDrive project has been in action since 2015 and is a part of the UK Government’s ‘Introducing driverless cars to UK roads’ initiative. The program is jointly funded by the country’s government and has partnered with Tata Motors, Jaguar Land Rover (JLR) and Ford. Tata Motors European Technical Centre (TMETC) and JLR are providing M1 vehicles and autonomous technologies to the project. Two M1 prototype vehicles loaded with Car-to-X communication technologies are provided by Ford. The project is developing connected and automated vehicles. 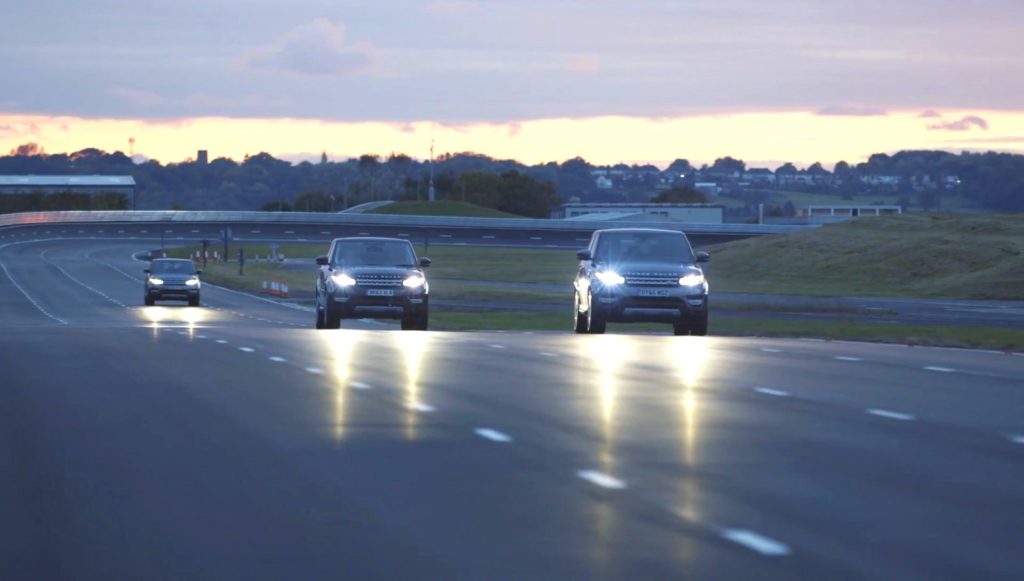 M1 category vehicles: A motor vehicle used for the carriage of passengers, comprising not more than eight seats in addition to the driver’s seat.

The first ever collaborative trials of the connected and autonomous vehicle technology were successfully completed on 21 October 2016 at Horiba Mira’s Proving Ground in Nuneaton, England. A video of the trial has been put up through the official social channel. 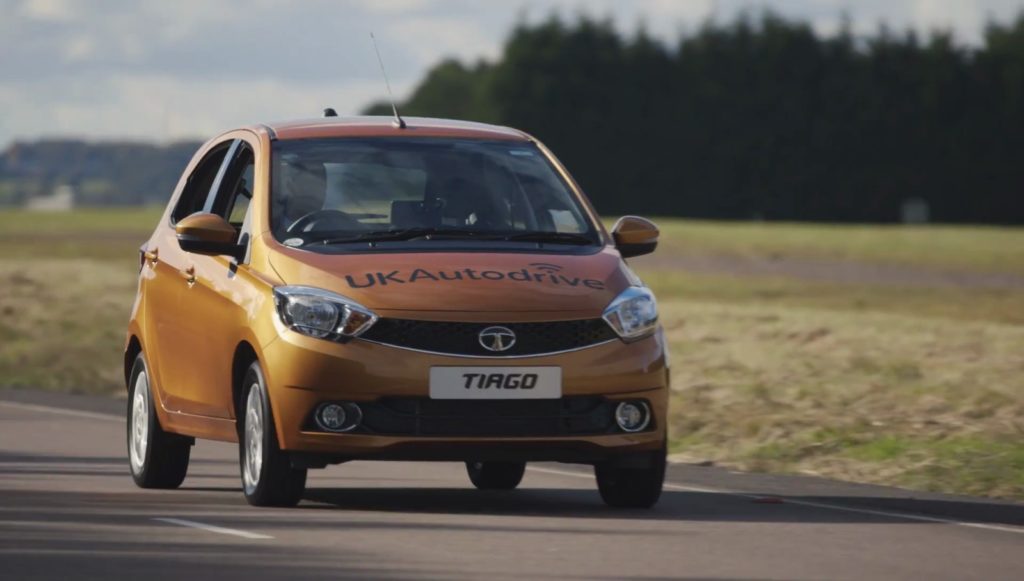 Interestingly, along with Jaguar’s F-Pace performance SUV and Ford Mondeo, the project was also joined by the humble Tata Tiago! On the official UK AutoDrive website, the test fleet is also shown to include the Tata Hexa Concept.

The top-end XT variant of Tiago, in sunburst orange, demonstrated the newly developed technology called GLOSA – Green Light Optimal Speed Advisory. This demonstration showed how traffic lights can send information to connected cars that will help them to calculate their speed to avoid red light at the next traffic signal. This tech can improve future traffic flow and lower emissions in urban areas. 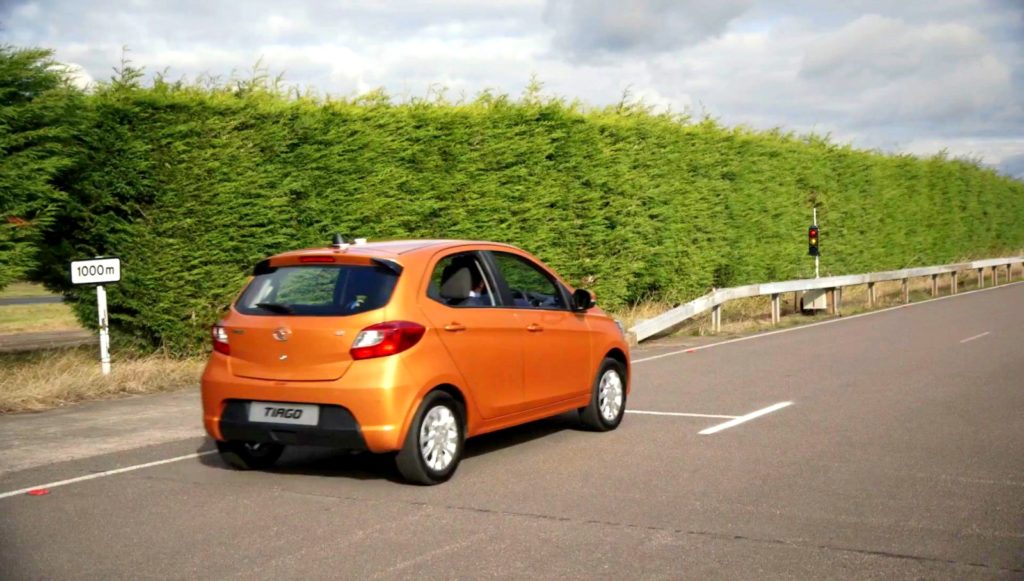 Another demonstration of the EEBL – Emergency Electronic Brake Light on the Ford Mondeo showcased that the cars can warn their drivers when another connected car up ahead has braked severely, lowering the risk of rear-end collisions. The video also shows three a self-driving Range Rover Sport models demonstrating overtaking capabilities automatically and also rejecting overtake requests if the car detects another vehicle in the occupant’s ‘blind spot’. 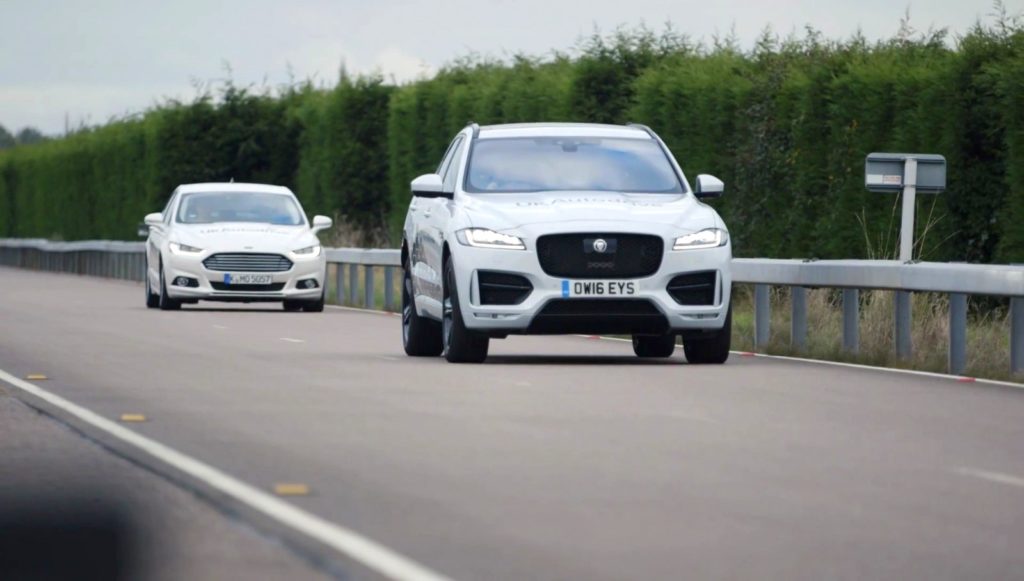 Here’s a video of the UK Autodrive October 2016 demonstration:

The trails of the UK Autodrive will take place at Horiba Mira next year, following which the demonstrations will be carried out at closed-off areas of Milton Keynes and Coventry in late 2017. The project will conduct a series of open road trials and demonstrations that will be held in both cities in 2018.