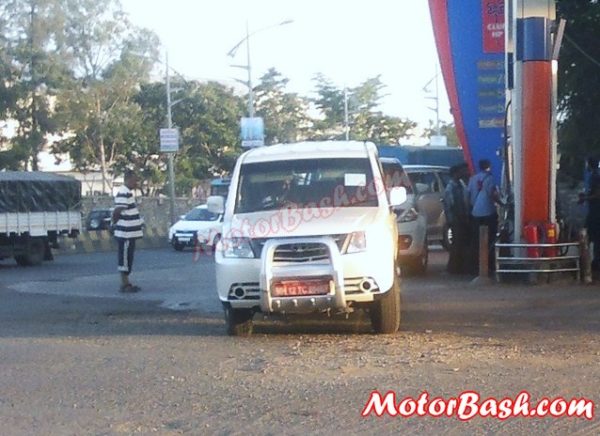 It has always been a known fact that the boffins at Tata are busy working on a facelift for the Sumo Grande MUV and what you see here on this page is the second batch of spy images of a Sumo Grande prototype that was spotted recently. The car was spotted while it had to stop at a fuel station for refill.

The Tata Sumo Grande facelift sports a new grille and a bull-bar. At the rear, the car will sport an additional set of reflectors above the taillights. Apart from these and slightly different wheels, we don’t notice any change in the looks of the refreshed Grande.  It is expected that the interiors too would get minor updates. 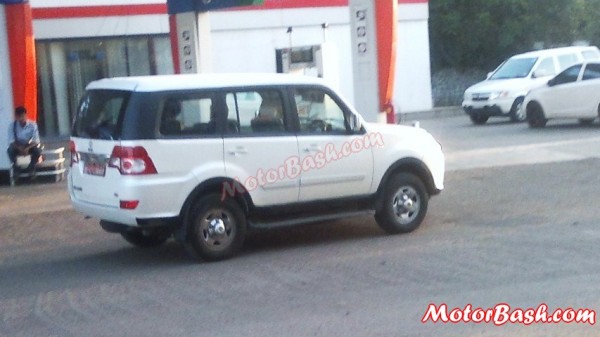 The Tata Sumo Gold facelift, which was unveiled at the Horizonext earlier this year, came with new features such as a mobile phone holder and plastic covers. There are chances that the Sumo Grand too would get these changes. There also are chances of the updated car getting a LCD infotainment touchscreen system with navigation and Bluetooth audio functions.

It may be noted that the Tata Sumo Grand has never managed to take the entry level MUV segment by storm. While the carmaker would want to change this with the introduction of the facelift, it would be interesting to see if few minor updates would be all it takes to change the fortunes of the low-selling MUV.

Stay tuned to Motoroids.com for updates on the upcoming Tata Sumo Grande facelift. 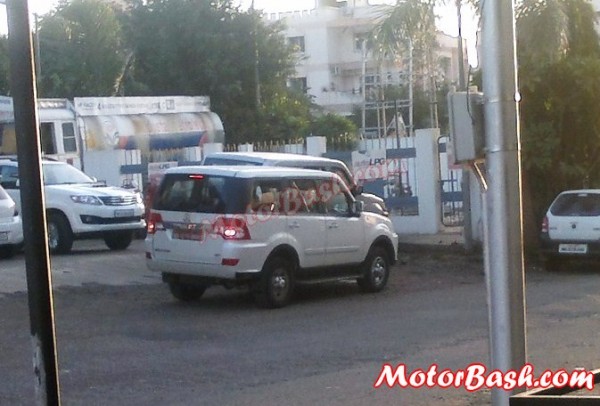