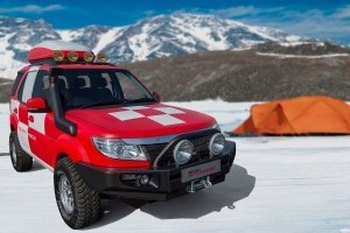 Tata Motors has been pretty regular with attending the Geneva Motor Show that is held in Switzerland every year.

However, the Indian auto maker has no new concept to showcase at the popular auto show this year and has hence; put on display a special edition of Safari Storme along with the Aria MPV.

The special edition of the Storme SUV that is on display at Tata’s booth in Geneva Motor Show has been dubbed as the Safari Storme Mountain Rescue. 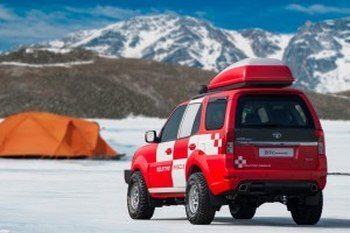 The special edition of the Storme comes with a winch positioned at the front bumper, a roof top cargo box, giant flash lights and in true off roader fashion, a snorkel air intake.