Tata Safari Storme was launched in the year 2012 and the model hasn’t brought the sales numbers which it deserves. Now, Tata has been testing the Safari Storme facelift for quite a time now. In a recent spotting of a completely undisguised mule in Pune, it has come light that it will be powered by the Varicor 400 engine. The badging on the front fender proves it. 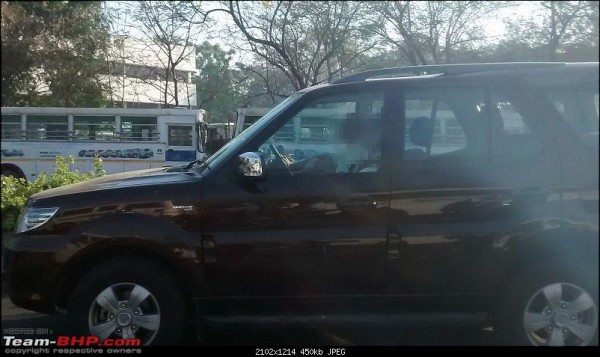 This facelift seems to be a minor nip and tuck job. As per the person who spotted it, the model gets a Land Rover styled grille and front bumper, and “Storme” mentioned in black over the front chrome strip above the bumper. Tata may also equip the facelifted model with the touchscreen unit seen on the Aria. The interiors might also get some tweaks. Also, there won’t be a front facing third row in the facelifted model.

Powering the facelift will be an improved version of the 2.2 liter diesel motor found in the Aria. For the Storme facelift, the engine will crank out 160 bhp and 400 Nm of torque. The outgoing model produces 140 bhp and 320 Nm of torque. The engine will come mated to a 5 speed manual transmission and there have also been rumors about an automatic transmission variant. 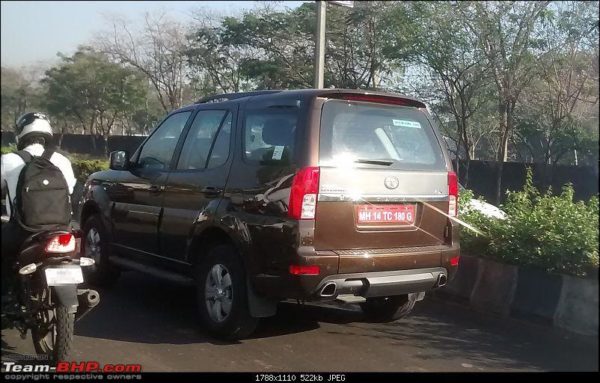