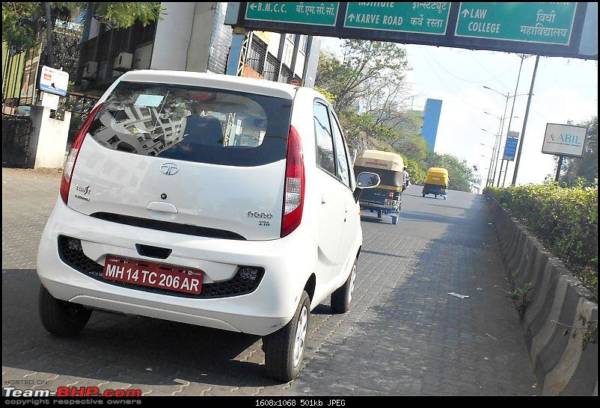 Powering the Nano Twist Active F-Tronic could be a new 1.0 liter three pot petrol engine producing around 60 bhp. The AMT is a Magnetti Marelli unit which also supplies the tyranny for the Tata Zest. The person who spotted the car also mentions the engine sounded way quieter than the current Nano which could mean it has the 1.0 liter three pot mill under its hood (boot actually).

The Active moniker suggests that this Nano will be having an openable tail-gate unlike the current Nano. You can even see the boot opening handle and the key slot on the tail-gate. On the rear, the car gets a new bumper with a honeycomb grille similar to the one seen on the Nano Twist Active Concept showcased at the Auto Expo last year. 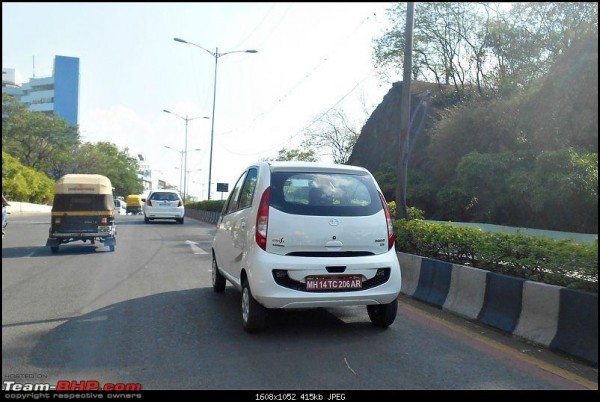 The Nano Twist Active F-Tronic will be around INR 50,000 dearer than the Nano Twist when it launches. What do you think of the -F-Tronic Nano ? Do let us know your thoughts in the comments section below. Stay tuned to Motoroids for more dope on the cars launch.