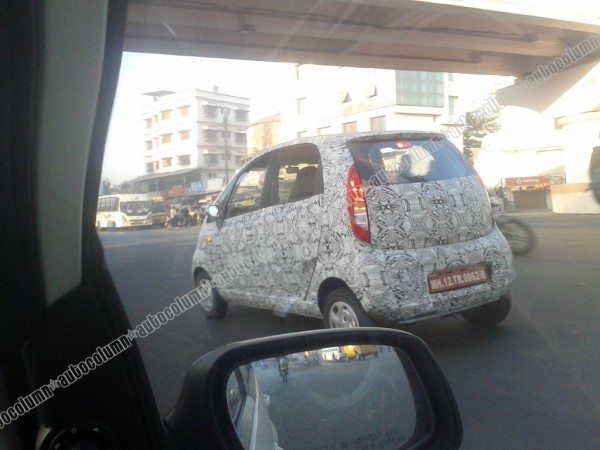 Pics of a highly camouflaged Tata Nano have surfaced on the web world. While the reason for all that camouflage is tough to ascertain, the positioning of tail pipe points to the fact that this could very well be the upcoming diesel variant. The only visual change we see on the car is the re-designed front bumper. Unlike the previous test mules we have seen, the car in the spy pics here doesn’t sport an open-able hatchback or a new rear bumper design.

If various reports are to be believed, the highly publicized Tata Nano diesel would greet us at the upcoming Auto Expo 2014 and would go on sale around March 2014. The recent set of upgrades that the Nano recently got will be carried over to the diesel model and we also expect the addition of few more features. 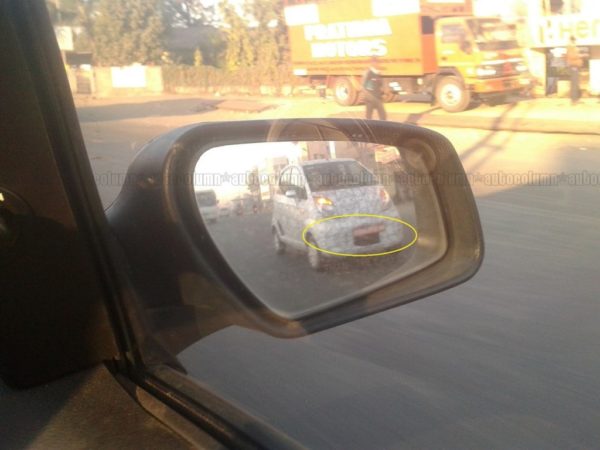 The upcoming Tata Nano diesel will be powered by a new 700cc twin cylinder common rail diesel engine that will be reasonably high on torque and low on fuel consumption. It is being said that the upcoming Nano diesel could have a claimed Fuel Efficiency of as much as 40kpl, which means that idea of real world fuel efficiency of around 25-30 kmph isn’t really far fetched. Small in size, and sufficiently powerful, the diesel variant should make the Nano a dream car for the economy conscious. With the advent of the Nano diesel, Tata Motors will be seen taking the fight directly to the Maruti Suzuki Alto, which has so far remained as the undisputed leader of small cars in India. The clinch in Alto’s armor is that it doesn’t have a diesel engine option.

In such a scenario, it is very much for sure that the Nano diesel would excel. It now remains to be seen if Tata Motors would be able to cash in on increased demand for diesel cars and position the upcoming diesel Nano very thoughtfully.