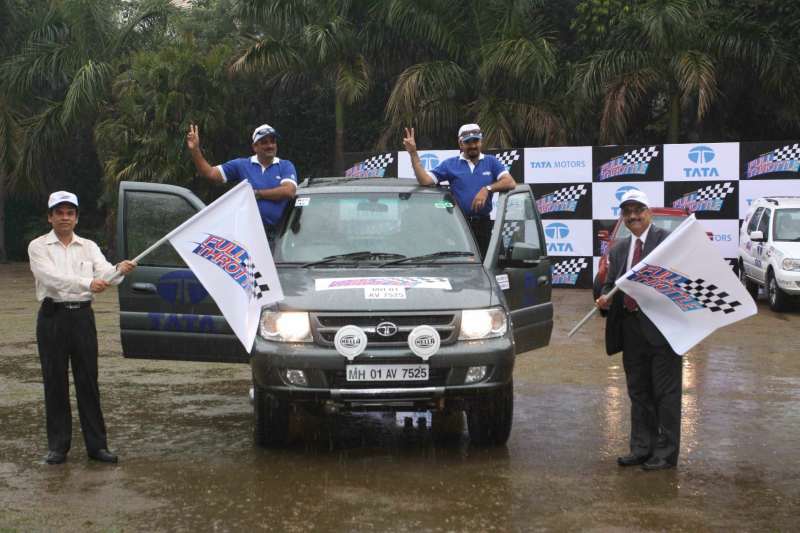 Tata Motors have announced their Full Throttle initiative, a platform for the company to participate in various motorsport events. The initiative will see Tata Motors as a company and its vehicles participating more actively in motorsports events in the coming times.

The initiative gets kicked off with the participation of two Tata Safari SUVs and two Tata Xenon XT trucks in the Desrt Storm Rally. The rally flags off on February 22, 2011 from Ahmedabad.

Tata Motors participation in motorsport hasn’t been too great in the past. The company has participated in the London – Capetown rally in 1998, ASEAN rally in 2005 and the SAARC rally in 2007 with the Safari. We hope that the new initiative changes the trend.

According to Mr. R. Ramakrishnan, Vice President, Commercial- Passenger Car Business Unit, Tata Motors, “With best in class technologies in our product range, we will now be able to showcase these technologies through Tata Motors Full Throttle. The platform will help the company in organising and synergising all efforts and activities in the area of motorsports including development and testing.”