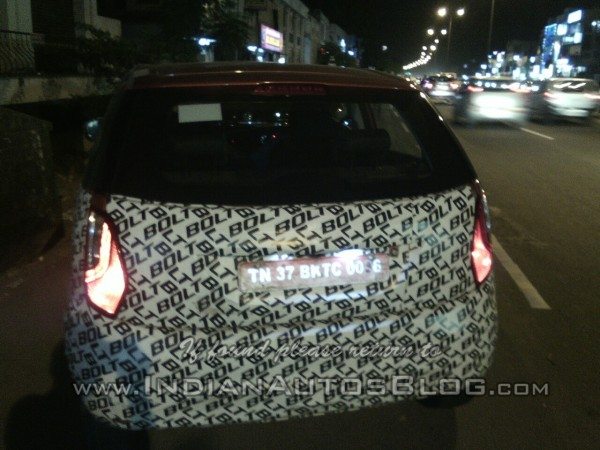 The upcoming Tata Bolt hatchback will feature snazzy LED elements in their tail lamps and their glow pattern has been revealed, as this spy picture reveals. Though we’d be chuffed if the tail lamps were all-LED units, the current setup looks pleasant enough. Also, this particular test mule appears to be a base variant, judging by the lack of wheel caps, fog lamps and projector headlamps.

The highly anticipated Bolt, accompanied with the recently launched Zest promises to turn the tides of Tata Motors in the domestic market.  Expected to go on sale later this year, the Bolt will take the fight to B-Segment kings like the Maruti Suzuki Swift, the VW Polo, the Hyundai Elite i20, and the underdog- the Fiat Punto Evo. 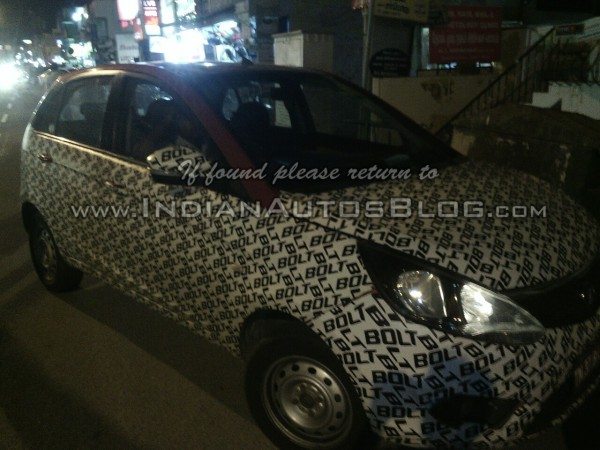