Have you ever thought of having a pick-up truck made by BMW? Well, the Bavarian company has gone ahead and made one, just to give you a hint of what their version of a pick-up would look like. This brand new pick-up made by BMW’s vocational trainees is based on the X7 and took about 10 months to complete. The X7 is BMW’s latest flagship SUV, which is also one of the biggest in its line-up of cars. However, if you wished for this pick up to go on sale, then we have some bad news for you, this vehicle is just a concept, one-off creation and BMW has no intentions to bring the X7 pick-up into production. 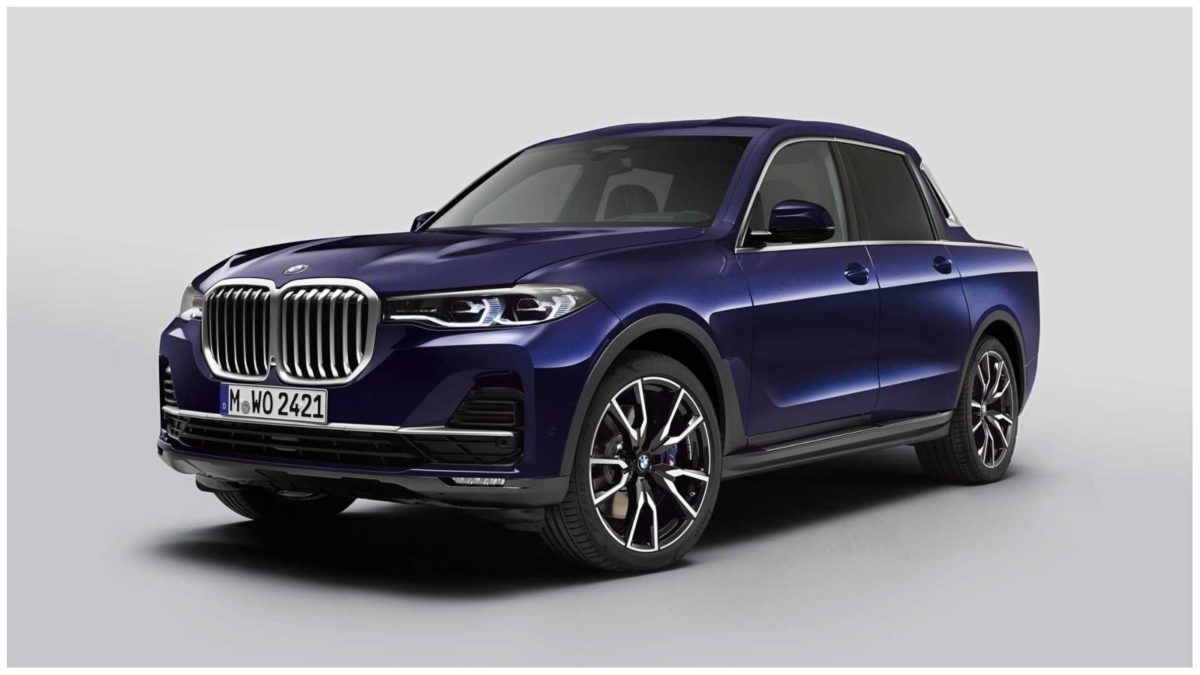 This pick-up is specially designed and built by a group of vocational trainees working at the BMW Munich plant. This pick-up concept will now be presented at this year’s BMW Motorrad Days as a one-off project by BMW’s trainees in collaboration with the Concept Vehicle Construction and Model Technology divisions at the BMW Munich plant. The X7 Pick-up concept would be presented during a motorcycle show, where the automaker loads the truck with a BMW F 850 GS bike to show its cargo capacity and value as a new-generation, stylish pick-up truck. BMW prefers to describe this pick-up and bike duo as “faithful companions”, thanks to “the excellent driving characteristics of both the vehicles, on-road and off-road.” 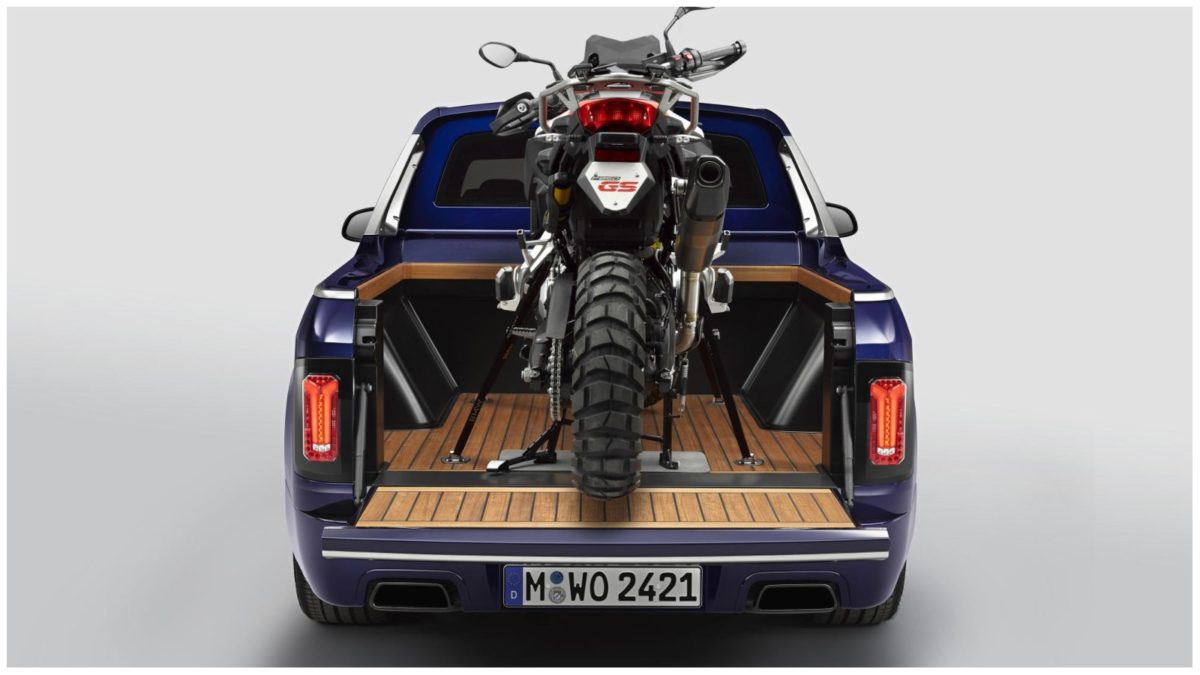 Unlike the recently previewed Skoda Mountiaq pick-up, the X7 pick-up gets a four-door cabin. This means that the luxurious seven-seater SUV is now a five-seater truck with a handcrafted cargo bay, which is perfected using fine-polished wood. The total length of the cargo bed spans from 55 inches (1.4 meters) to 79 inches (2.0 meters) with the rear lid open. BMW also explained that it used CFRP (Carbon Fiber Reinforced Polymer) Composites for some components on the roof, rear doors, and cargo bed, resulting in a reduction of around 200 kgs when compared to the standard 7-seater production model. 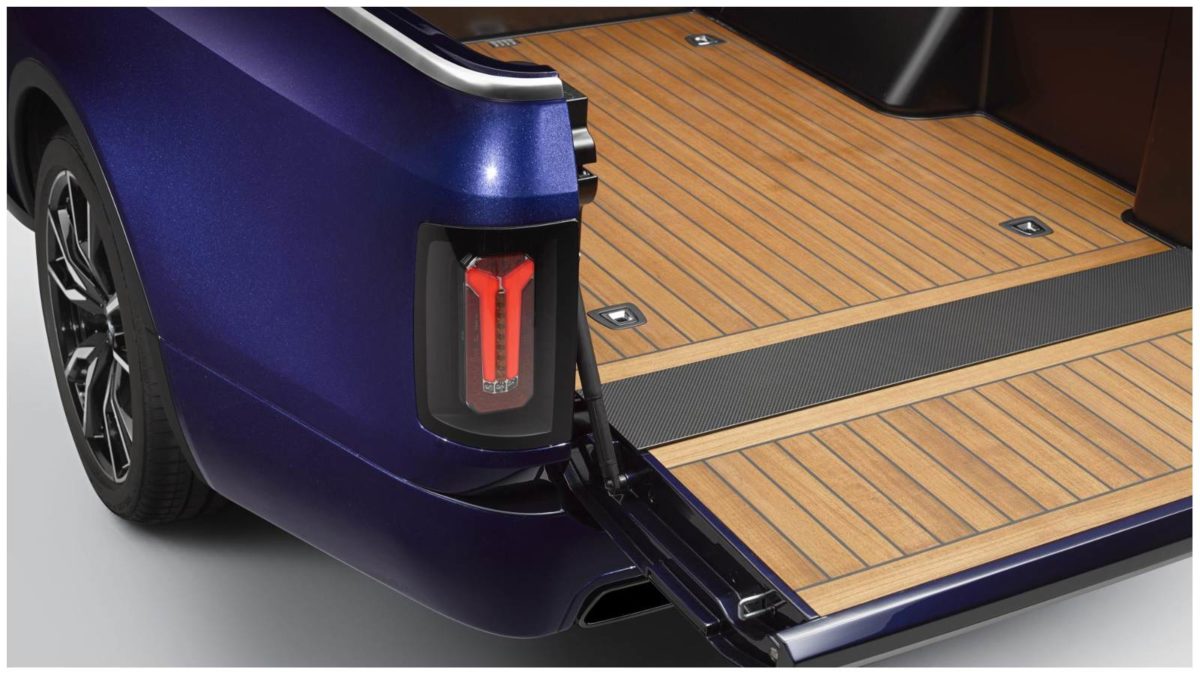 Also Read: The Skoda Mountiaq Pick-up Concept Is As Good As It Looks

The trainees also managed to save an X7 pre-production test vehicle from being scrapped as a low-cost solution for the basis of their development. The trainees were given all the freedom when deciding on the overall conception and execution but they also received expert assistance, which is quite normal in concept car construction and creation. Even though the X7 won’t be going into the production phase anytime soon, BMW has shown what they are capable of and they might think of launching this pick-up concept if the pick-up truck market around the world starts gaining popularity in the future.