Suresh Rana and Ashwin Naik have emerged as winners at the 15th Maruti Suzuki Desert Storm which recently concluded in The Blue city of Jodhpur, Rajasthan. Driving in their Maruti Suzuki Grand Vitara, the duo clocked a time of 11:50:44, aggressively defeating the competitors in the XTreme category. 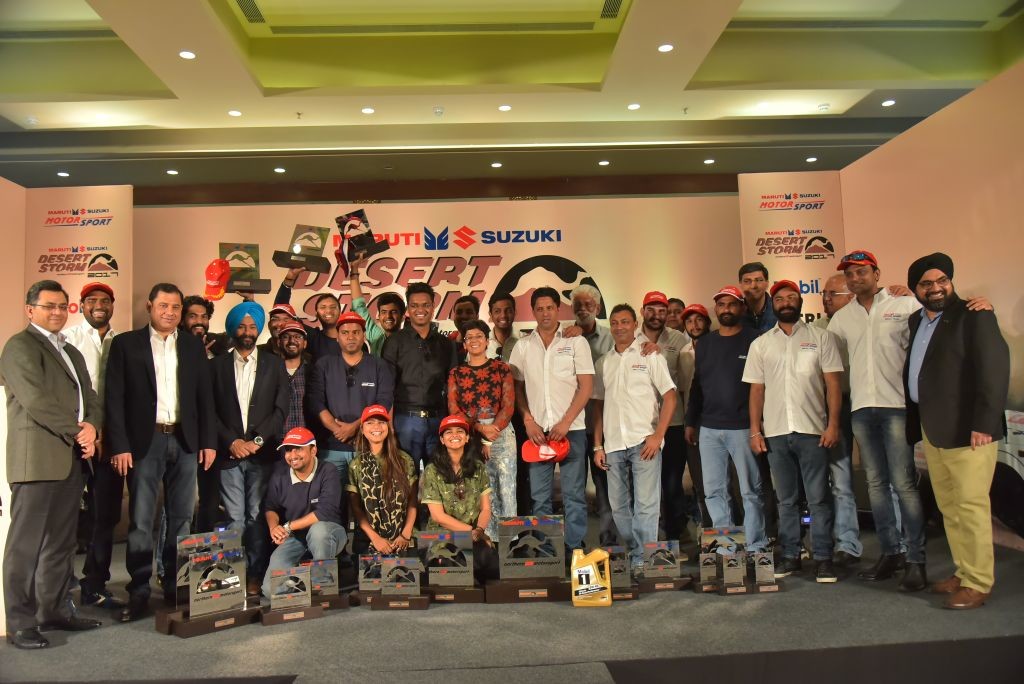 In the NDurance category, Nikunj Toshniwal and co-driver Suvrajit Dutta won the title, while Karthick Maruthi and S. Sankar Anand took home the trophy in the XPlore Cars category driving the Maruti Suzuki Vitara Brezza. R.Natraj on his TVS was crowned the winner in the Moto category.

The 2017 Maruti Suzuki Desert Storm involved close to 2000 kms of racing in the testing conditions around the Thar Desert. Spread across 6 days, the rally was flagged off from Noida and crossed Hanumangarh, Bikaner, Jaisalmer concluding in Jodhpur.