Home News Spyker B6 to be a Porsche 911 Rival 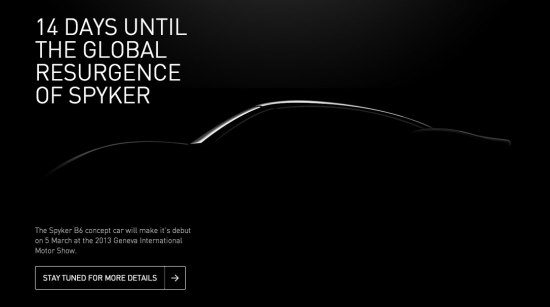 Putting all the doubts and speculations to rest, Spyker has officially announced that its new Porsche 911 rival will be showcased at the fast approaching Geneva Motor Show next month.

The Dutch manufacturer will showcase its B6 Concept at the popular motor show next month and CEO, Victor Muller wants to surprise the world with the new car.

All this means that the Spyker B6 needs to be at least as powerful as the 911 to really challenge the iconic German performance car.