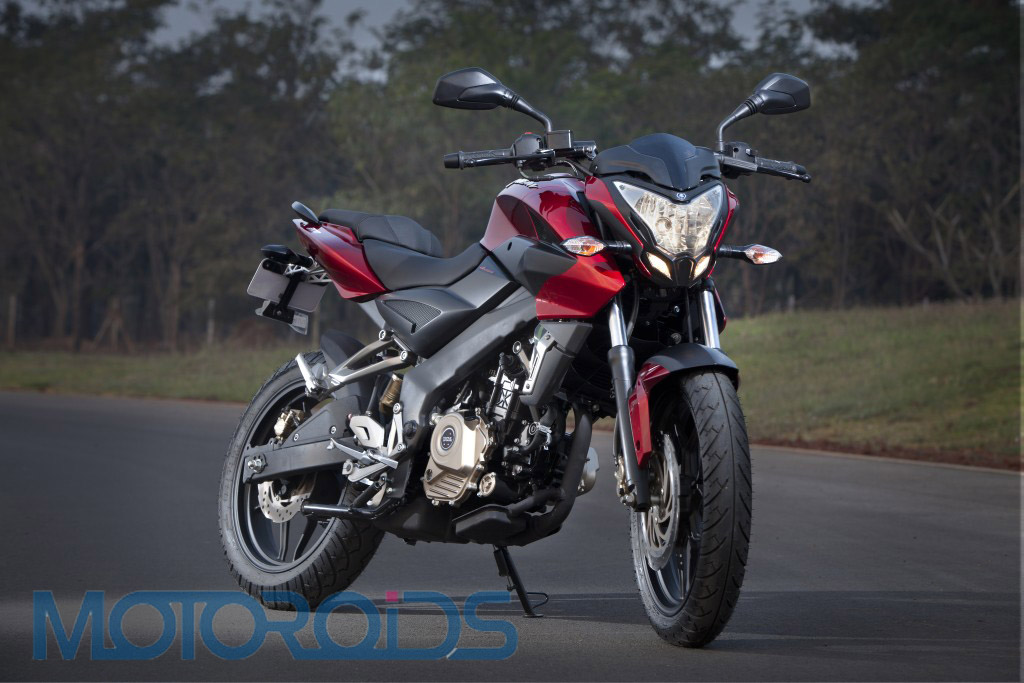 Bajaj Pulsar has been in the market for over 12 years. The product which was initially launched in 150cc and 180cc category witnessed several changes. But the introduction of bigger siblings like the Pulsar 220 and 200NS and a relatively smaller 135LS reduced the attention that was received by this segment. 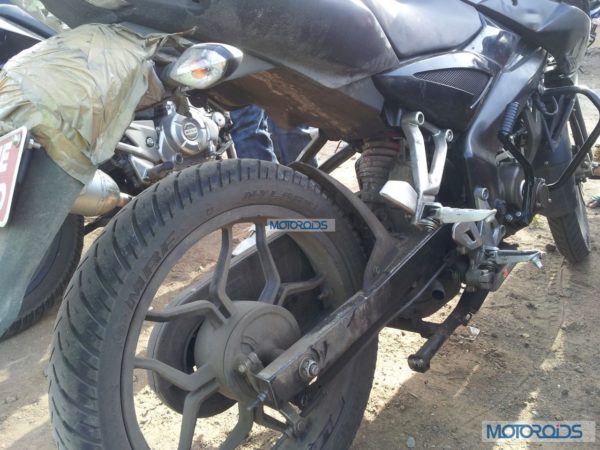 But things are about to be changed as the company plans to introduce an upgraded version of the 150cc and 180cc Pulsar motorcycles. Motoroids readers and avid followers – Varun Kulkarni and Paxy Lal, recently spotted the 150NS, a 150cc version of Bajaj’s naked motorcycle, the 200NS.

In terms of design, the 150NS follows the 200NS’s steps. The motorcycles does look identical to the 200NS and shares a lot of the design elements from its 200cc sibling including the under belly exhaust. What’s new in the 150NS is the introduction of a rear monoshock suspension which, till now, was only seen on the 200NS in the Pulsar family. It also misses out on the split seat and gets a more conventional seat setup. 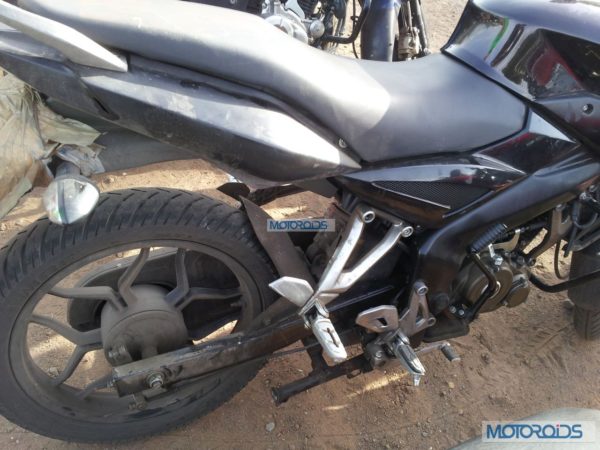 In terms of power, the 150NS is expected to receive more power that the current 150cc version. It is also likely to be quicker than the current model and lighter in weight. Reduction in weight may also witness better fuel efficiency levels. The engine may miss out on fuel injection which is not common in this segment. But, with the entry of FZ series with fuel injection, other manufacturers will have to consider it (fuel injection) as an option and we don’t expect Bajaj to stay too behind in the race.

The 150NS has been spotted many times and is likely to hit the production line soon. Although there is no official word from the company, expect to see this motorcycle in showrooms by end of this year or earlier next year.

Stay tuned into Motoroids for more updates on the Pulsar 150NS as and when they arrive.