We really can’t recall the number of times picture of testing mules of facelift Punto were spotted. In fact, there was a time when we actually felt that the test mules were spotted more number of times than the ongoing car! But things are a little different this time. The latest images emerging from the Facebook group of Fiat Moto Club reveal the uncamouflaged look of this upcoming hatchback. 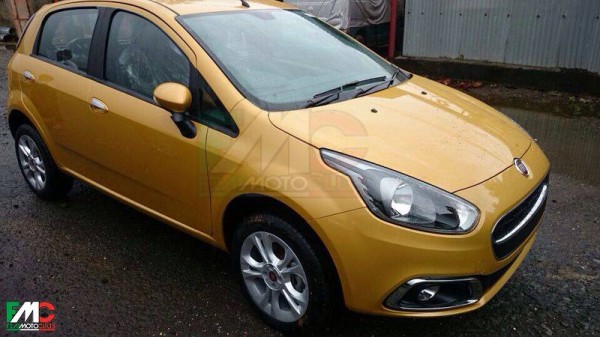 The front of the upcoming Punto gets a redesigned headlight similar to what was spotted on Fiat’s Avventura Crossover Concept at the Auto Expo 2014. Grille gets chrome treatment while the bumpers hold fog lights with chrome outlining. Rear bumper too gets bling as it received chrome strip with functional stoplights. Rear also receives reworked tail lights. Side of the car remains more or less the same.

On the inside, the dashboard gets complete black with a multifunctional steering wheel. 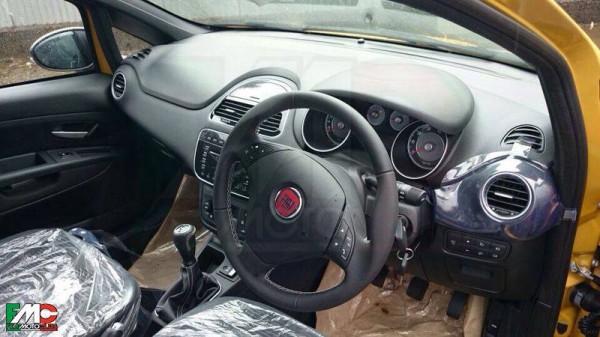 The upcoming Punto will only receive cosmetic upgrades while it will continue to work on the same powermill as the current car. Petrol variant will come in 1.2-litre and 1.4-litre engine options, both capable of producing 68bhp and 90bhp respectively. The diesel however will be a 1.3-litre unit which will come in two power options – 75bhp and 90bhp. The power would be transferred to front wheels via a 5-speed manual transmission.

Scheduled to launch in the second half of this year, we expect the Fiat Punto Facelift to hit the showrooms just before the festive season and is expected to be priced at around INR 5.5-7.5 lakh.